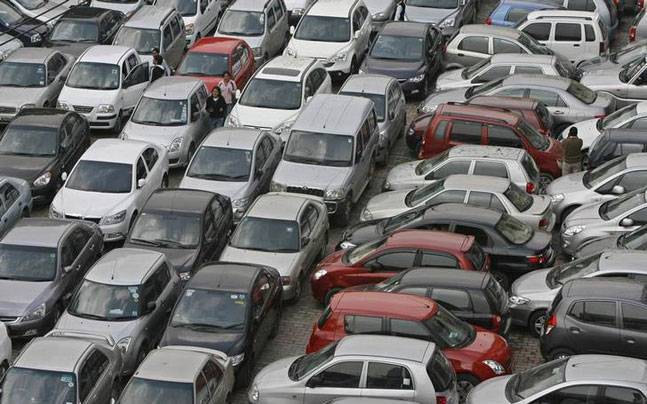 The Aam Admi Party justifies its name with acts that it thinks endear it to the ‘aam admi’ (common man). That is fine but there is a slight problem. Till it conquers a new territory, the party will remain a Delhi phenomenon and it has to take into account the interests of all. Many residents of the national capital may not pass the Marxist test of defining the ‘common man’ but, nevertheless, they have to be counted as part of the majority population of the less privileged lot in an urban sprawl that does have a crowd of the rich and the privileged.

It is quite in tune with the character of the city that some among the privileged class—powerful politicians—have jumped in the fray to derive political mileage by pretending to speak on behalf of the suffering public. A ruling party member, ever looking for new means to grab the headlines, obviously invited the media to witness and record his act of defiance—by paying the Rs 2000 fine for not observing the ‘odd-even’ rule.

Does this politician advocate defiance of the rules and the law? What prevented him from leading a protest march and building public opinion to put across his point against the ‘odd-even’ formula? It is all so hypocritical. Take the argument that car owners should hire cabs for their travel on the days they cannot use their vehicle because of the car rationing system.

Cab fares are not cheap and, worse, there seems to be no check on arbitrary and illegal rise in fares, as was experienced in the second round of the ‘odd-even’ rule. The auto-rickshaw is mistakenly described as the common man’s taxi. The auto-rickshaw drivers in Delhi are a law onto themselves and it has become an even more serious problem because of the patronage they receive from Kejriwal and his party. The question is does anyone buy a car to add to his conveyance expenses?

What some politicians opposing the government do not understand is that ‘photo ops’ will not solve any of the problems faced by the people during the car rationing days. But what is the priority of the Delhi government: Reduce congestion on the roads or control air pollution. Or, is it both. But that can’t be because many reports suggest that lesser cars in Delhi did not lead to the desired level of air pollution control.

There are in Delhi what the Aam Admi Party perhaps sees as sinful capitalists who own cars—fleets of luxury cars. But the ‘lesser’ car owners in Delhi, who outnumber them and have been made to bear the brunt of the ‘odd-even’ car rationing rule, cannot be dismissed as sinful dregs undeserving of any consideration.

These ‘lesser’ people struggled to save and borrow money to buy a car for their convenience because they could not rely on the public transport system—even after the introduction of the Metro. Buying a second car, as so casually advised by the Delhi government, is not easy for the ‘aam’ car owner. The ‘aam’ car owners have to travel every day to earn their livelihood or meet emergencies which could be either of medical or social nature. Arvind Kejriwal and his team do not seem to have any idea of what hardships this section of the citizens has to face when the ‘odd-even’ formula is introduced.

It comes as no relief for this section of the ‘aam admi’ to hear that restrictions on the movement of cars will be made a permanent feature in the city which had placed unprecedented trust in Kejriwal’s party by electing 67of its members in the 70-member Delhi assembly not very long ago.

The ‘odd-even’ formula is being applied in a city where a lot of people have to travel to or from nearby town in UP and Haryana where this rule does not apply. Gurgaon (Gurugram) and Noida may be connected by the Metro but these are sprawling cities with a public transport that is much poorer than Delhi’s.

Consider the plight of those who have to visit Delhi from other states or travel out of Delhi for whatever reason. Can a family coming from, for instance, from Jaipur to visit their children or relatives in Delhi possibly leave the car at the border and hire—if available–a cab for further journey into Delhi?

Does it make any sense for a man or a family in Delhi to travel to another state in a cab paying an exorbitant fare? Mind you, there could be a case of medical emergency. And what if Delhi is not your destination but your long distance travel requires you to pass through Delhi? Do you leave your car in your home and pay through the nose for your journey?

After suffering two rounds of the ‘odd-even’ experiment, the only feature that can be described as praiseworthy is the reduction in the volume of traffic on Delhi roads. This is the basis on which the AAP claims that its ‘odd-even’ rule has been a ‘hit’ in the city.

Make no mistake. For the Delhi citizens the sight of lesser cars on the roads has been indeed a welcome feature. But it has come at a price, literally so for many. It has exposed how callous and indifferent the Kejriwal government has become to the voice of the ‘aam admi’.

The rulers of the city glibly ask people to use public transport while accepting its gross inadequacies. Critics are sought to be silenced by talking about more buses that ply on the roads during the ‘odd-even’ fortnight.

Kejriwal or one of his ministers, who travel in big SUVs bought with the taxpayers’ money, should one day travel incognito and without previous announcement in Delhi buses to know what a torturous experience it can be. They will discover the ‘joys’ of travelling in overcrowded buses which do not run on schedules. Clearly, there is a great shortage of buses in the city. Augmenting their strength by hiring them from the private sector is hardly the solution.

The suggestion that car owners can form a pool for traveling from their homes to their place of work and back has only a limited utility. Not everyone in your neighbourhood travels to the same part of the city as you and it is not certain that all of them have the same working hours. And, what makes it sure that every car owner is so sociable that he or she will gladly ask neighbours to share a ride with him or her.