Unemployment rate in Hong Kong is likely to worsen, a media report said with official data on job seekrs for February- April expected to reflect the continuing impact of the pandemic on business. 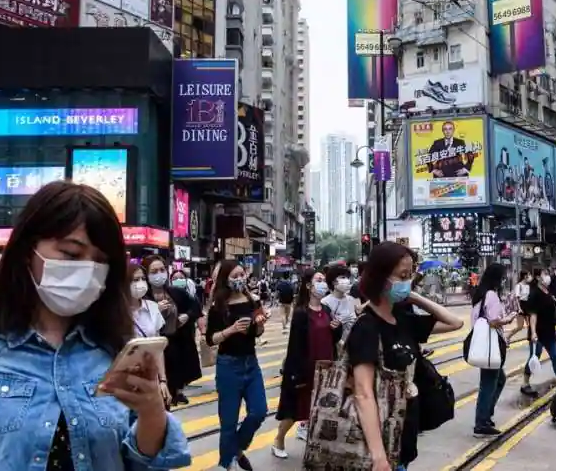 Over the past two years, the jobless rate had swung sharply, in both directions, South China Morning Post quoted top finance ministry official.

The 5 per cent jobless rate for the three months ending in March was the highest in nine months, the official said but opined that there was no need to be too pessimistic since the pandemic is under control now. “With the epidemic under control over the past month and social-distancing measures being eased in phases, looking forward, the unemployment rate is expected to top out and gradually improve as long as the epidemic continues to stabilise.”

Ryan Lam, head of research of Shanghai Commercial Bank also shared this perception with some caveats and with the prediction that the latest unemployment rate would hit 5.2-5.3 per cent, the SCMP report said. “As the previous unemployment rate jumped to such a level, we can see how bad each month was,” he said. “If we include the unemployment rate for another month, which may be also bad, the rate of increase will be fast. The jobless rate can reach 5.7 or 5.8 per cent in June or July before it began to drop.”

“Based on the previous waves, the rate may not top out once the social distancing measures are relaxed. It may take one or two months,” he said.

Hong Kong economic growth has contracted by 4 per cent in the first quarter from a year ago.

The government has lowered its economic growth forecast for 2022 from 2-3.5 per cent to between 1 -2 per cent.

“Under the influence of the pandemic, the economic data for April is expected to remain weak,” officials were quoted as saying.. “This means that after a 6.3 per cent gross domestic product growth in 2021, the recovery momentum is even weaker than expected.”

The saga of tensions between China and the United States, global geopolitical tensions, external inflation and a regime of rising interest rates have hit the Hong Kong economy as well but “as long as Hong Kong did a good job of risk management, the pressure and challenges would only make the economy more flexible and resilient,” the finance chief said.

Prognosis for the future?

“….the market has been adjusting its expectations and gradually absorbing the risk of faster rate hikes. As long as we do a good job of risk management and contingency planning, remain vigilant, and play it by ear, Hong Kong’s economy will be able to move forward steadily even in a complex and volatile environment.” (SAT)