For whatever reason, the master political analysts and commentators in India have got addicted to the idea of hailing every decision of the Bharatiya Janata Party as a ‘masterstroke’ and a ‘first’ of its kind. So, it came as no surprise when the BJP nominated Droupadi Murmu, an Odiya, as its presidential candidate whose victory is taken for granted. 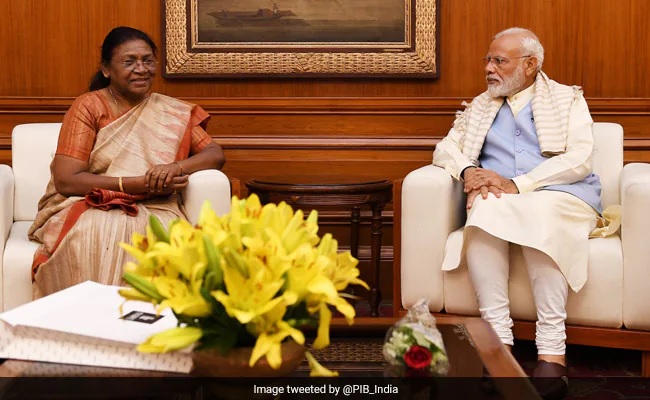 The affable Droupadi Murmu is perhaps one of the few faces in the BJP who has no ‘enemies’ in the Opposition.  Her victory will not be grudged by any party. But there is also the dynamics of politics to be taken into consideration when discussing the presidential poll under the saffron eco system.

What is conveniently forgotten when hailing the BJP ‘masterstroke’ is that it looks more like a calculated political move that seeks to serve many objectives than a move to project a benign image of the party. Obviously, belonging to a tribe (Santhal), her candidature is expected to win more support for the BJP among the tribal population, whose presence in states like Maharashtra, Odisha, Rajasthan, Jharkhand and Chattisgarh is large enough to influence poll outcome.

Also, Ms Murmu being a woman brings an additional advantage of enhancing BJP appeal among the women voters. But looking at these two plus points in the nomination of Droupadi Murmu begs the question in what way can it be called a real ‘masterstroke’? The fact is that, as revealed by most of the polls held in the last seven or eight years, the BJP has a comfortable and large following among the tribal communities. Whether or not she was nominated for the country’s highest post would not have mattered much.

The same can be said about a larger women support she will bring to the saffron party. If there was any doubt about women’s strong support to the BJP, it should have been removed after the massive BJP victory in the recent UP state assembly polls when the party appeared to be severely challenged by the Samajwadi Party and its Yadav-Muslim support base.

The BJP will certainly look at it as the strongest ‘masterstroke’ by pitting an Oriya tribal candidate against an upper caste Bihari, Yashwant Sinha. What it does is that it eliminates the possibility of the Opposition Jharkhand Mukti Morcha that runs the coalition government in Jharkhand voting against the BJP candidate. At the same time it also makes it difficult for the somewhat dodgy JD(U) partner of the BJP in Bihar to plump for Sinha purely on regional consideration.

But the scope of applying the ‘masterstroke’ yardstick does not end here. Hailing from Odisha, the choice of Ms Murmu is supposed to cast a spell on the ‘eastern’ belt in favour of the BJP—states like West Bengal, Odisha and the North-east.

How distant it sounds from reality can be proved only when these states go to polls next. But it will not be unrealistic to assert that the BJP will not find it easy to break into the West Bengal stronghold of TMC/Mamata Banerjee; despite Ms Murmu, the Odisha assembly is not likely to throw out Naveen Patnaik’s BJD in favour of the BJP and the North-eastern states, with their overwhelming tribal population, have been traditionally fond of hobnobbing with the party in power in Delhi. The Presidential candidate has little or no role to play in shifting electoral balance in these areas.

Almost every media report after the BJP picked up Ms Murmu has spoken of her ‘vast administrative’ ability and experience. She has, indeed, held several ‘administrative’ posts, including that of a minister in Odisha and Governor of Jharkhand. But it is not clear how ‘administrative’ genius of a person would come in handy as President of the country in the present circumstances when by all accounts the Constitution that the President has to protect, has ceased to be the holy grail of the country.

As Governor of Jharkhand when it was ruled by the BJP, Droupadi Murmu had differed with the state government when it wanted to bring some amendments in tenancy laws. She sent the bill for the amendments to the government for reconsideration.

When the ruling dispensation of the day decides to observe a stony silence on occasions when it is at least a moral duty not to remain silent, it is fair to expect the President of India to speak up, which can be done without endangering the stability of the government.

The instance of Ms Murmu turning down a proposal of the Jharkhand government in 2017 is cited by some to suggest that she would not be a ‘rubber stamp’ President, as, say Fakhruddin Ali Ahmad was when the country was placed under the Emergency.

There is no denying that a good convention is about to be set.    Since Prime Minister Narendra Modi is from the west (Gujarat), and Droupadi Murmu is from the east (Odisha), the two top functionaries of the country will be from geographically opposite ends. A welcome and healthy convention to follow. SAT).