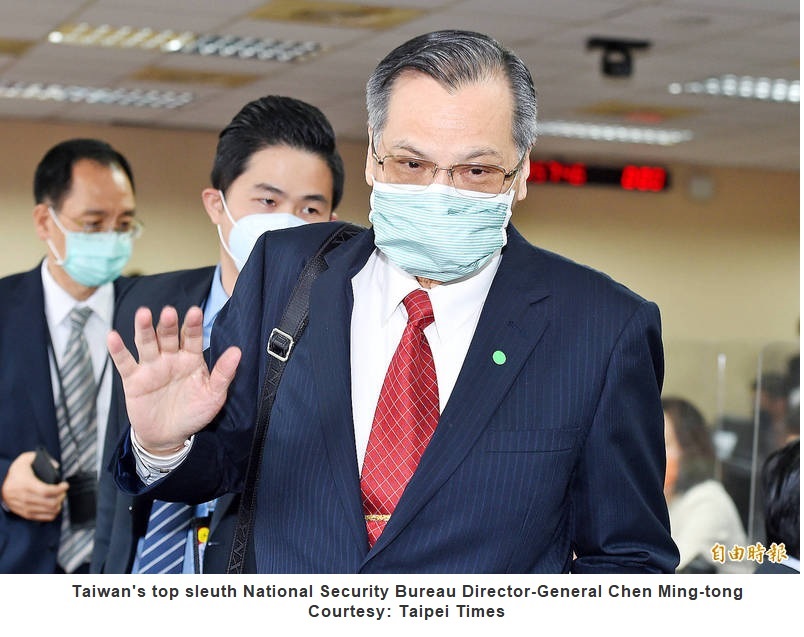 Elaborating the official said, early March following Russia’s invasion of Ukraine, a Taiwanese Internet celebrity on TikTok claimed that the Chinese government was offering to evacuate Taiwanese from the European nation.

The TikTok celebrity was not in Ukraine, but based in the Chinese city of Hangzhou, according to Taiwan’s National Security Bureau (NSB) Director-General Chen Ming-tong.  He claimed that the celebrity was trained by the CCP to use social media to spread propaganda as part of its “united front” efforts.

The NSB has a full grasp on such “cognitive warfare” campaigns, and related authorities are investigating, Taipei Times quoted Chen as telling to a parliamentary committee.

A recent report in the Taipei Times and its sister publication, the Chinese-language Liberty Times said Beijing has been training and paying Taiwanese to influence young Taiwanese on media platforms such as YouTube, TikTok and Little Red Book, also known as Xiaohongshu, the Chinese equivalent of Instagram.

A number of high-profile Taiwanese YouTube celebrities based in China attended the fifth Cross-Strait Youth Development Forum in Hangzhou, China, last week, during which they shared their successes in running their social media platforms while encouraging more young Taiwanese to join them, the report said.