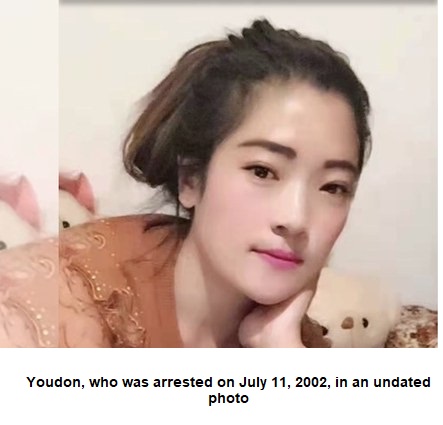 A 20-year-old Tibetan woman, Youdon, was arrested this week. Her crime: possessing a photograph of Dalai Lama, their spiritual leader, says Radio Free Asia quoting a source inside Tibet..

Youdon was reportedly arrested on July 11, in her hometown of Tsarang Township, Amdo County in Nagchu region. And is detained in Lhasa.

Her arrest is a part of the crackdown the Chinese authorities had ordered as the Tibetans celebrated the 87th birthday of the Dalai Lama despite heavy restrictions.

Youdon’s elder sister Zumkar (27) was also arrested. The police “accused Youdon of acting together with Zumkar for keeping a photo of the Dalai Lama in their home.

Zumkar was the first to be arrested when police found a photo of the Dalai Lama on an altar, a sacred part of Tibetan households where religious objects like statues and scriptures are kept, and prayers are offered.

Another source, living in exile outside of Tibet, also confirmed Youdon’s arrest to RFA.

Last year RFA reported the arrests of 20-30 Tibetans around the time of the Dalai Lama’s 86th birthday.

Other residences in the area are also known to have been investigated by the Chinese authorities for having images of the Dalai Lama.

Chinese government has intensified its campaigns against Tibetans by punishing them for the possession of banned photographs that include pictures of the Dalai Lama, as well as cracking down on the speaking and teaching of Tibetan language.

Despite increased security, a source told RFA that Tibetans inside Tibet “write essays and articles in praise of His Holiness the Dalai Lama on the occasion, and the articles are widely read and shared on social media.”  (Courtesy: RFA)