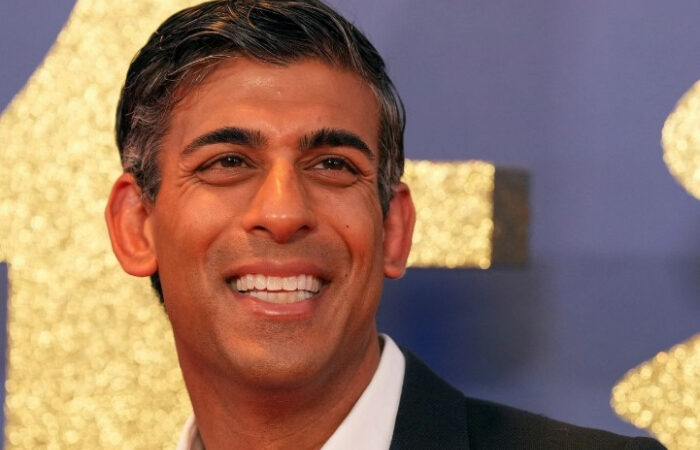 Rishi Sunak’s appointment as Britain’s newest prime minister certainly lends a sense of relief to the British people. Faction-ridden Conservative Party leaders came and left the coveted seat of power in London in the face of Britain’s economic woes, lack of fiscal credibility and overall political instability. Boris Johnson had resigned from his cabinet in July amidst a scandal-prone polity, while Liz Truss, whose stint was marred by fiscal recklessness, quit after 44 days in office. Clearly, something was seriously wrong with Britain’s state of affairs.

Interestingly, it was then publicly stated that the UK needed a prime minister who could command support from the broad Conservative family, provide leadership and stability, and earn the confidence of British people. In the face of these mounting challenges of reviving the poorly run British economy and the faction-ridden Conservative Party, emerged Sunak. He checked out well on the aforementioned parameters and has been described by The Economist as a competent, orthodox and fiscally responsible figure.

Sunak is well-aware of the harsh realities of the British economy. He has boldly declared:

“I want to fix our economy, unite our party and deliver for our country.” He also made it clear that “there will be integrity, professionalism and accountability at every level of the government I lead.”

“All I can say is that I am not daunted. I know the high office I have accepted and I hope to live up to its demands.”

These are candid statements from him during the critical days of Britain’s grave political and economic crisis.

It needs to be emphasized that Sunak’s professional, rather than personal, background won him the trust and support of the British who have closely watched his ascendency and his ethnicity as South Asian Hindu. This speaks volumes of the British liberal political atmosphere and Sunak’s basic soundness as a politician.

The 42–year-old investment banker-turned politician is the youngest British Prime Minister in 210 years. He is Punjabi and an ardent Hindu. In fact, he took his oath at the House of Commons on the Bhagavad Gita and goes to the temple regularly. He describes himself as a proud Hindu. His victory on Diwali has resonated among the Indian diaspora groups across the UK, who have hailed it as a historic moment in British social history. Overall, the pride for Indians, as well as the British, the pride at the country’s first British-Asian leader is justified.

Sunak’s vision for Indo-British relations goes beyond the trade of goods. He wants Britain to learn from India. When he was Chancellor, he had said:

“The UK doesn’t have a monopoly on opportunity. There’s an enormous amount of opportunity in India, we also want to make sure that if this living bridge is going to be a real thing, we have got to make it easier for people in the UK to go to India, to study at world class institutions to go work in all these amazing start-ups.”

Now at the helm of affairs as Prime Minister, Sunak has a humongous task to tackle. His top priority is to get the economy on track and fill a fiscal hole to the tune of £30-40 billion. He has retained the prudent and even-headed Jeremy Hunt as Chancellor who, on November 17, will announce a medium-term fiscal plan that combines tax hikes and spending cuts. Sunak is also faced with the onerous task of putting a stop to the rising tide of unpopularity of his party.

It is true that Sunak is highly regarded as a decent man and competent administrator whose growth prescriptions are sound. However, The Economist has warned of the overdone sense of relief and brings to light some of his shortcomings, including his inexperience, penchant for bad policies and how he steered clear of taking tough choices related to planning and housebuilding, which are instrumental for boosting economic growth.

It is clear that the months ahead will be rough for the Sunak government. It may succeed in ushering in a period of calm, politically, as well as in the financial markets. However, with economic indicators looking pessimistic, Sunak will not only need to act responsibly, but also, take bold measures to break Britain out of its low-growth track. Will Sunak succeed in delivering the right goods? Even if he is able to deliver on stability, getting productivity growth on track will be a challenge. The UK is the only G7 country whose growth continues to hover below pre-pandemic levels. (SAT)