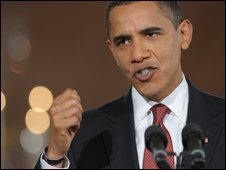 The author is a veteran journalist

Some Indians have looked worried lest US perception of India should be adversely affected by Barack Obama taking over as President of the USA. But I am convinced, from my interaction with Americans from different walks of life, during a visit in 1989 to participate in the International Convention on the Living Constitution, held to mark the bicentenary of the American Constitution, that no US President in the future would be able to treat India as a poor relation; on the contrary, given the groundswell of interest in India that several recent developments have created, more and more Americans can only regard India as a natural ally of the USA.

America is the country where Dylan Thomas says he spent the best part of his life “looking for naked women in wet mackintoshes”. When I went to that country for the second time in 1989, I was not looking for female pudenda. There was no need, what with some TV channels (such as Channels 21 and 22 in San Diego) showing after 10 pm explicit scenes of love-making! But what I looked for, and found, was naked support for India by Americans.

A leading American journalist, very favorably disposed towards India, one who was an almost regular participant in threadbare, even iconoclastic, TV discussions on current affairs by the “Capital Gang” (leading Washington journalists), told me: “What India needs is aggressive diplomacy of the kind that Taiwan is adopting now at the height of the democracy movement in China.”. The “now” referred to the aftermath of the application of the “Super 301” clause of the US Trade Bill to India. I attached great importance to his views after having watched him on the TV scotch a move to refer to India when violation of human rights in the Gaza strip by Israel was discussed.

There was (and probably there still is) a groundswell of respect for India at all levels of citizens. When I introduced myself to Ms. Betty Southard Murphy, Director of Baker and Hostetler, a leading Washington firm of attorneys, and an adjunct Professor of Law at American University, as a journalist from India, she folded her hands in typical Indian fashion and said: “Namaste. Aap kaise hain?” Where had she learnt all that? “I have been a close friend of India and Indians from the days of its first Prime Minister Jawaharlal Nehru. I knew Indira Gandhi personally and pretty well, although my best Indian friend was General Thimmayya,” she said enthusiastically.

What did she think was the difference between India of those days and that now? “India has been a great country for 5,000 years; therefore, it cannot be anything but great in any age,” she declared with conviction. As an afterthought she added: “No American who knows India and Indians as I do would hesitate to do anything for that country.” There as a great deal that Betty could do because she was a member also of a commission appointed by President George Bush.

If you met Griff Stockley, an eminent Attorney of Little Rock in Arkansas, in a group of visitors from different countries, you would be embarrassed to see that he was devoting undivided attention to you, almost to the neglect of all others. “India has always fascinated me. When South Asian countries started having dictatorship one after another, many of my countrymen said it could only be a matter of time before India too was lost to democracy. I said no. I felt Indian traditions militated against dictatorship. Time has proved me right. And it is no mean achievement for a country to have so much poverty as India has, and yet remain a democracy.”

P. A. Hollingsworth, B. J. McCoy and Austin Porter Jr. were all black attorneys of Little Rock, devoting much of their time to fighting segregation. “How can we ever forget that Martin Luther King Jr. drew inspiration from Gandhi? If we (blacks) are still waging a non-violent struggle, we owe it to Gandhi,” they all said when I met them separately and without prior intimation. Crary, also of Little Rock, retired from the Army and walked with a slight limp, perhaps a souvenir of the Army days.

He, his wife Cora and their daughter Anne, a paralegal/community specialist, were all so well-informed about India as to startle a visitor from our country. “Whenever we read in newspapers reports of violence in one part of India or another, we ask ourselves whatever could have happened to your country’s lofty traditions of religious tolerance. Surely, it is not easy for one to associate killings in the name of religion with a country which has for centuries been home to multiple religions,” they said, and as though to silence you, referred to what had just then happened at Meerut in Uttar Pradesh and Bidar in Karnataka.

Stan Foster represented Ratner Company of San Diego, California. He was a firm supporter of gun control and was, therefore, a kind of persona non grata with the gun lobby. He was engaged in a heated discussion with some spokespersons of the lobby. Suddenly, he said, even without knowing that a visitor from India was in the audience: “Look at what Gandhi achieved for India without guns! If India is still a civilized country, it is because of its abiding faith in non-violence.” When I met him after the discussion and introduced myself as a journalist from India, he said: “A great country; in fact, I am planning to visit it later this year.”

The one regret of Ross Parmer of Coronado, California, and his wife Lorraine, was that they had not been able to visit India. “Now that I have retired from insurance business, I am looking forward to visiting it to see the Taj Mahal and other monuments. Long ago, the saying was ‘see Naples and die’; I would change it to ‘see India and die’ for there is no other country like it,” said the couple. If he had never visited India, what could he know of it?

Ross escorted me to his well-stocked study where, I noticed, more than half the books were on Indian art and architecture. For the next half an hour he talked so knowledgeably about the two subjects that I heard many things for the first time. “My daughter, Clara, has passed the Foreign Service examination, and I am hoping that she will be posted in India before any other country, so that my wife and I may visit your country,” Ross said.

By far the most interesting friend of India I met was Alann P. Bedford (who was 78 at that time) of Fort Worth, Texas. She offered to show me round the city, stopped the car in front of a skyscraper, and said: “This building belongs to Bank of America which has an office on the fourth floor. If I close down my account with it, the bank will close down in 24 hours!” Initially, I put it down to the conceit of age, but my subsequent inquiries revealed that she was very rich by not only American but even Texan standards. If she were not a billionaire, she wouldn’t be able to live in the locality in which she did, “with my pets and my friend Pete”.

Had she ever been to India? “Several times; the first time was in 1945 when war-weary Americans were pushing off to other countries. Since then I have visited India so often that I couldn’t keep count of the visits,” said the woman who figured in “Two Thousand Women of Achievement” and “The World’s Who’s Who of Women”. Both of them listed Indira Gandhi also. The brown-study continued: “I find North India indistinguishable from any part of Europe. Therefore, every time I visit India, I go up to Cape Camorin at the southernmost tip of India because real India lies beyond the Vindhyas.”

How could such a highly placed friend of India let the US administration hit India below the belt by putting it on trade hit list? “Whatever has happened?” she asked, her voice showing genuine concern. I explained how the Bush administration had threatened to stop all imports from India. “Oh, no,” she said, gave me a number and asked me to dial it. I did her bidding, and started perspiring on being informed by whoever it was who lifted the receiver that I had dialed the White House number! Post-haste I handed her the receiver: “Tell George (Mr. Bush) that Alann is on the line and wants to discuss an important matter”.

Too old and frail to hold the receiver for long, she handed it to me. In less than five minutes I heard a click at the other end and hastily returned the receiver to Alann. What she said into the mouthpiece should have been heard to be believed. After she had done the talking, she turned to me: “George was a very close friend of my husband. In fact, at one time he wanted to buy our oilfields. The three of us would often fly together to Washington. I am, therefore, on first name terms with him.”