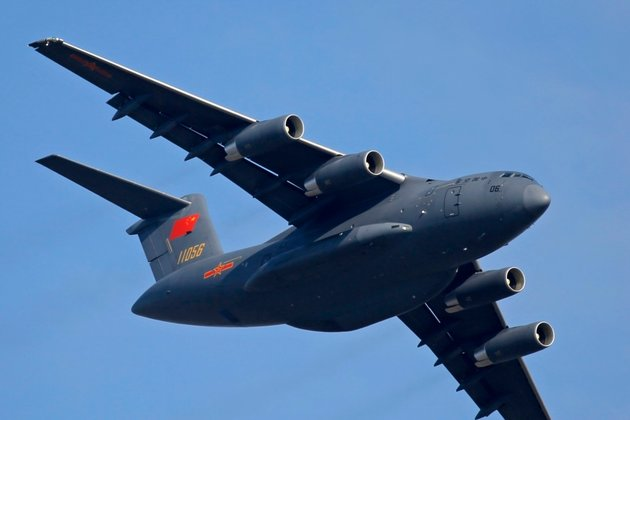 China has increased the number of military flights into Taiwan’s air defense identification zone at sea. Analysts believe the move is designed to send a message to the U.S. rather than to threaten the island itself, analysts say.

Since mid-2020, the People’s Liberation Army-Air Force has flown a small number of fighters and bombers over part of the Taiwanese air defense identification zone (ADIZ) almost daily.

But the island’s Ministry of National Defense says China flew 29 flights on Tuesday and 22 on Thursday. Maps released by the ministry indicate that on both Tuesday and Thursday at least one plane arced around the Taiwan south coast, though well offshore, before doubling back. The planes all went through a corner of Taiwan’s air defense zone at sea west of the port city Kaohsiung.

China has claimed Taiwan as its territory since the Chinese civil war of the 1940s, when Chiang Kai-shek’s Nationalists lost to Mao Zedong’s Communists and rebased in Taipei. Beijing says it will use force, if needed, to unite the two sides.

“The dominant narrative inside China is that the USA is increasingly promoting Taiwan independence as a way to contain China,” said Denny Roy, senior fellow at the East-West Center think tank in Hawaii. “The Chinese are now watching for evidence that would confirm this. Lacking a creative new approach, Beijing has doubled down on what has become its standard form of hostile military signaling.”

On June 13, China’s foreign ministry said Beijing has sovereignty over the Taiwan Strait, drawing a rebuttal from the United States four days later. The United States further called on China on June 17 to end its “provocative actions” and to “respect international law” in the adjacent South China Sea.

Washington considers the strait between Taiwan and China international waters that should be open to its Asia allies from Tokyo through Manila. The U.S. government informally supports Taiwan, though the pair lacks formal diplomatic ties.

Beijing separately claims most of the South China Sea, a resource-rich waterway disputed by Taiwan and four Southeast Asian countries. Washington believes it too should be open to international traffic.
A week earlier, Washington had approved plans to sell warship parts and related technical support to Taiwan worth $120 million. Last month, U.S. President Joe Biden said the U.S. would defend Taiwan if China attacked.

Analysts point to these exchanges as likely reasons for the surge in overflights. Other spikes over the past two years followed flashpoint events. For example, the presence of a U.S. nuclear-powered submarine last year.

“Originally, when the PLA airplanes or fighters and the like started visiting the ADIZ, it was for a different reason, but nowadays the frequency has increased for a recent reason,” said Lin Chong-pin, a retired strategic studies professor in Taiwan.

Taiwanese people have grown used to Chinese military movement nearby and often say Beijing’s 1995-1996 missile tests were more of a threat than the ADIZ flights. China conducted the tests in advance of Taiwan’s first democratic presidential election where Taiwanese people elected a leader who believed China and Taiwan should be separately ruled.

Citizens on the island that lies just 160 kilometers from China are warily watching the events which follow a lack of Taipei-Beijing dialogue since 2016 and ex-U.S. President Donald Trump’s tough stance on China, said Ku Chung-hua, a standing board member in Taipei with the advocacy group Citizens’ Congress Watch. He blamed Sino-U.S. competition for recent overflights.

“Here in Taiwan, the people’s attitude I think has changed to think that Taiwan-China relations can’t go back (to before 2016) but doesn’t seem to be worried so much that China would directly use weapons to unify Taiwan,” Ku said.

He said the “scariest” period of confrontation came during the 1996 missile tests which caused some Taiwanese citizens to emigrate out of fear.

On Friday, a U.S. Navy P-8A Poseidon reconnaissance aircraft flew over the Taiwan Strait and a day later the U.S. Navy sent a warship to the adjacent South China Sea.

China’s “assertive” acts followed by U.S. responses could spark another mishap like the emergency landing of a U.S. spy plane in 2001, said Andrew Yang, secretary-general of the Chinese Council of Advanced Policy Studies think tank in Taiwan.

“Escalation is a negative phenomenon,” he said. “There’s no dialogue – negative – and then you have very robust military action in this region. It’s dangerous.”

China’s embassy in Washington, D.C. did not reply Monday to a request for comment.