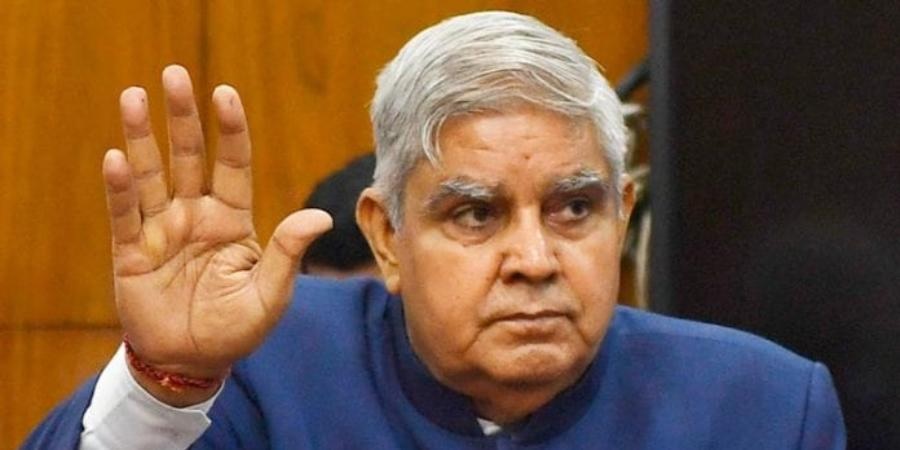 The Bharatiya Janata Party has killed several birds with one stone in picking up Jagdeep Dhankad, the controversial Governor of West Bengal, as its candidate for the post of Vice President, who, ex officio, will also functions as the chairman of the Rajya Sabha.

Prime Minister Narendra Modi ran short of words to praise him. As a ‘kisan putra’ (farmer’s son), Dhakad’s elevation to the second highest constitutional post in the country is expected to please his Jat community, especially in his native Rajasthan where state assembly elections are due next year.

Going by his performance as Governor of West Bengal, it is quite likely that Dhakad will become a key played in Rajya Sabha proceedings whenever the ruling party has to rush through bills in controversial circumstances.

The BJP thinks that the people of Rajasthan will have another reason to come back to the BJP fold because for the first time in the history of Indian Parliament, the presiding officers of the two Houses of Parliament will come from their state (Rajasthan). Dhakad will become the second Rajasthani to serve as Vice President of India after late Bhairon Singh Shekhawat, a Rajput from Rajasthan who had a long stint as the state Chief Minister.

If Shekhawat’s elevation had pleased the Rajputs in Rajasthan, the Jats in the state can rejoice with the choice of Dhankad. Interestingly, Dhakad in his earlier political career had supported the Jats’ demand for inclusion in the OBC category, but the upper castes in Rajasthan may feel that Dhankad’s choice is an indication that the BJP is not concentrating only on enlarging its support base among the OBC and Dalit communities.

BJP has been working on regaining Rajasthan for more than a year, if not longer. The Congress won the last assembly polls in which it is said divisions within the BJP also had a role. BJP is still smarting from the hurt caused by Chief Minister, Ashok Gehlot who had foiled BJP’s well-planned strategy to destabilise his Congress government a year ago.

Winning Rajasthan has become a prime concern of the BJP because it is perhaps the only Opposition (Congress) ruled state that has resolutely resisted granting victory to the BJP which has set Operation Lotus in motion to make India ‘Opposition-Mukt’ (Opposition-free).

Chattisgarh is also a Congress ruled but action under Operation Lotus in the state has just begun with rift between the Chief Minister and his Number Two resurfacing after a gap of several months. Jharkhand also has a government where the Congress shares power with JMM, a regional party. But the ‘Central Instructed Agencies’ (Chidambaram’s word) are on the job to topple the Hemant Soren government.

The Jat and Rajasthan factors in Dhakad’s journey to the Vice President’s house are important because of the state assembly election which may be still more than a year away.  BJP’s obsession with winning all polls means it has to keep it engine whirring and well-oiled months in advance.

But the BJP calculation goes beyond Rajasthan.

Projecting a ‘farmer’s son’ became a necessity for the saffron party after farmers of Punjab, Haryana and Western UP sat on a year-long dharna at Delhi’s borders with Haryana and UP. The angry farmers called off their stir only after the Modi government withdrew the ‘black’ laws that it claimed were introduced to ‘benefit’ the farmers while the latter said they would destroy the farmers.

The farmers protest led many to believe that the Jats, the dominant farming community in Punjab, Haryana, Rajasthan and West UP, had turned their back on the BJP. But UP assembly polls belied that view when the BJP was returned to power for a second time with an overwhelming majority. 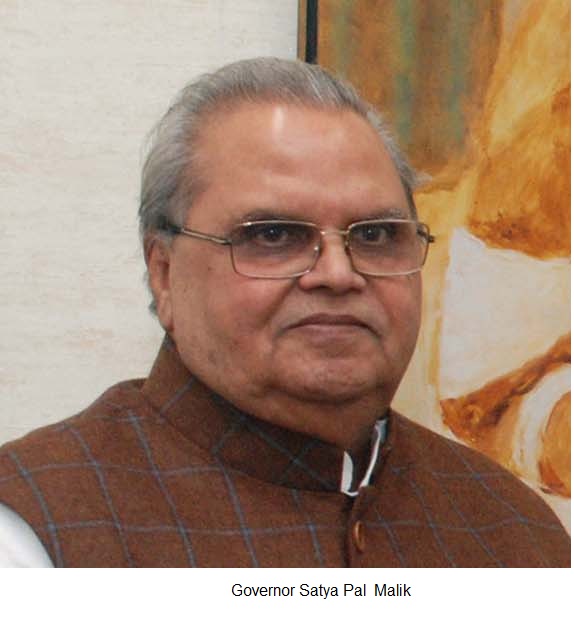 An irritant in BJP’s Jat calculation, however, emerged from within in the form of another Jat leader (from West UP): Satya Pal Malik, currently Governor of Meghalaya where he was shunted from the Governor’s House in Panaji.

Malik has been very open in supporting the farmers’ demands. He has also been a not so oblique critic of the BJP leadership. He quoted Modi (when Malik asked him about how he felt about the death of 700 farmers during their year-long protest0 as telling him that ‘they (the farmers) did not die for me’.  At another time, Malik quoted Amit Shah, the union home minister and the second most powerful man, telling him that Modi did not listen to anyone.

Well, Satya Pal Malik knows that the BJP will not accept him once he retires as Governor of Meghalaya. He has said that he awaits CBI raid the day he retires. With his continuous pro-farmer stance even as Governor, Malik’s credentials as a Jat and farmers’ leader may be stronger than Dhakad’s.

Nevertheless, BJPs’ or Dhakad’s success in cashing in on the ‘farmer’s son’ factor cannot be fully assured. The BJP might play up Dhakad’s origins in a farmer’s family of Jhunjhunu, but how actively has he been involved in farmers’ issues? Since his appointment as Governor of West Bengal in 2019, Dhakad’s most exercise  has been his relentless needling of the Trinmool Congress government and his constant run-ins with the TMC supremo  and chief minister, Mamata Banerjee.

The hostility between Dhankad and the TMC leadership has been quite open. It has been alleged that he acted more as an ‘agent’ of the BJP than the ‘impartial’ Governor of a state. He, of course, justified all his acts that annoyed the TMC and invited trenchant criticism from Mamata Banerjee. He said he always worked to uphold the Constitution while the TMC said he was bent upon wrecking the Constitution and went much beyond his call of duty.

His run-ins with the TMC may now be transferred to the Rajya Sabha when he starts to preside over the Upper House proceedings. By a strange coincidence, the TMC will be the second largest Opposition group in the Rajya Sabha. It will be a different experience for him to deal with mercurial TMC members inside a House rather than from the safe distance of a Governor’s House.