US Secretary of State Antony Blinken accused authorities in China of a campaign to “harass” religious practitioners and destroy houses of worship, as he unveiled the State Department’s annual report on global religious freedoms on Thursday. 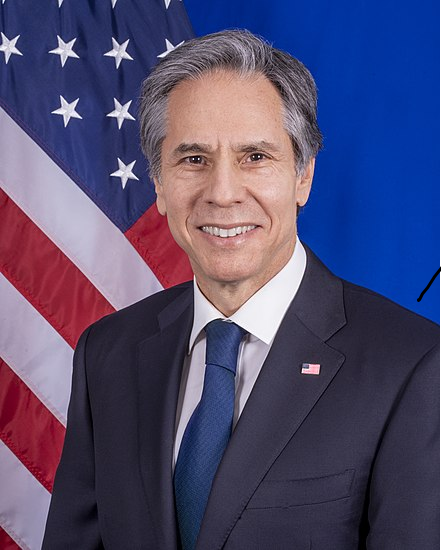 As well as China’s crackdown on Muslim majority ethnicities in Xinjiang, the Chinese government “continues to harass adherents of other religions that it deems out of line with Chinese Communist Party doctrine”, Blinken said in remarks announcing the release of the 2021 Report on International Religious Freedom.

The bleak assessment echoed what US officials considered a global phenomenon: beyond China, citizens’ religious rights were under attack in other countries such as Saudi Arabia, Eritrea and Myanmar, Blinken said.

The report paid particular attention to the Xinjiang Uygur autonomous region, where the US and rights groups point to satellite imagery, leaked government documents and eyewitness accounts as evidence that more than 1 million Uygurs have been subjected to mass detention, political indoctrination and forced labour. Beijing denies the claims.

China has been designated a “country of particular concern” regarding religious rights every year since 1999, and continues to be “one of the worst abusers of religious freedom in the world”, said Rashad Hussain, Washington’s envoy for international religious freedom.

“The [People’s Republic of China] uses sophisticated emerging technologies such as AI and facial recognition to surveil and maintain control of its open-air prison in Xinjiang,” said Hussain.

Those allegations dovetailed with restrictions in Xinjiang that prohibit people younger than 18 from entering mosques, receiving religious education at home or fasting during Ramadan, according to the report.

The State Department also raised concerns about the continuing demolition of – or removal of minarets and domes from – mosques across China, reflecting President Xi Jinping’s campaign to “sinicise” the religious practices of Muslims, Christians and others in the country.

Religious activities in China “should not impair the health of citizens, offend public order and good morals, interfere with educational, judicial and administrative affairs as well as social life”, Xi was reported by Chinese state media as telling officials in a December address.

Mandated by US law, the State Department has submitted its report on religious freedoms around the world to Congress every year since 1999, basing each country’s assessment on research conducted by US embassy staff.

Covid-19 restrictions had limited US diplomats’ access Xinjiang over the past year, the report said. And when they had been able to travel to the region, local officials had “denied or impeded access” to schools, residences and mass internment facilities.

The Chinese government has described the facilities in Xinjiang as voluntary vocational training centres aimed at combating religious extremism.

Liu Pengyu, a spokesman for the Chinese embassy in Washington, characterised the allegations laid out in the State Department report as “groundless”.

“What the US should do is to face up to its own domestic problems, do its own thing well and stop using religious issues to engage in interference and smear other countries,” Liu said.

Beijing’s defence of its policies in Xinjiang came under heightened scrutiny last week after the leak of alleged internal Xinjiang police photographs appearing to shed new light on authorities’ detention and treatment of ethnic minority group members – some as young as 15 years old.

The documents appeared to show that many of those detained in Xinjiang were targeted because of religious expressions such as beards, or for having visited Muslim-majority countries.

“Behind all the evidence and data, the many reports of deaths in custody, torture and physical abuse, there are thousands of Uygur family members,” said Hussain.

“Daughters and sons are desperate to know where their parents are, but are terrified of what news they could discover and are wondering whether they will ever be safely reunited.”

The release of the report came on the heels of a contentious visit to Xinjiang by the United Nations rights chief, Michelle Bachelet.

Having weathered earlier criticism from the US and others for accepting an invitation to visit Xinjiang without guarantees of unfettered access to sites there, Bachelet sought to lower expectations of the trip, stressing in a call with diplomats that it should not be considered an “investigation”.

Bachelet’s office is also facing criticism over delays to a long-awaited report into alleged abuses in Xinjiang; a UN spokeswoman said it was awaiting updates after Bachelet’s trip and the addition of comments from the Chinese government.

Beyond Xinjiang, China has also faced pressure in recent years from the US administration and lawmakers over its treatment of religious groups in Tibet.

Thursday’s State Department report cited media reports that Chinese authorities last year arrested individuals for possessing photographs of the Dalai Lama, the Tibetan Buddhists’ spiritual leader whom Beijing considers a separatist – despite the fact that he does not advocate Tibetan secession.

Hussain reiterated US calls on the Chinese government to account for the whereabouts of the Panchen Lama, the second-highest figure in Tibetan Buddhism who disappeared 27 years ago after being chosen for the role by the Dalai Lama.

“We would urge the PRC authorities to account for the Panchen Lama’s whereabouts and well-being immediately, and to allow him to fully exercise his human rights and fundamental freedoms in line with the PRC’s international [commitments],” Hussain said.