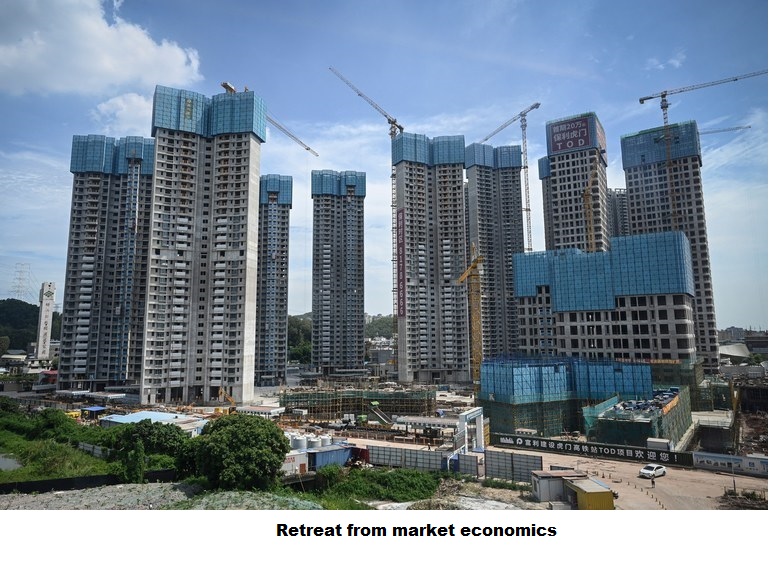 China’s economy is in bad shape and could stay that way for a while. Growth has stalled, youth unemployment is at a record high, the housing market is collapsing, and companies are struggling with recurring supply chain headaches.

The world’s second-biggest economy is grappling with the impact of severe drought and its vast real estate sector is suffering the consequences of running up too much debt.

But the situation is being made much worse by Bejing’s adherence to a rigid zero-Covid policy, and there’s no sign that’s going to change this year, reported CNN.

Within the past two weeks, eight megacities have gone into full or partial lockdowns. Together these vital centres of manufacturing and transport are home to 127 million people.

Nationwide, at least 74 cities had been closed off since late August, affecting more than 313 million residents, according to CNN calculations based on government statistics. Goldman Sachs last week estimated that cities impacted by lockdowns account for 35 per cent of China’s gross domestic product (GDP).

The latest restrictions demonstrate China’s uncompromising attitude to stamping out the virus with the strictest control measures, despite the damage.

For Chinese leader Xi Jinping, maintaining that legitimacy is more vital than ever as he seeks to be selected for an unprecedented third term when the Communist Party meets for its most important congress in a decade next month, reported CNN.

The economy will continue to worsen in the next few months, said Raymond Yeung, chief Greater China economist for ANZ Research. Local governments will be “more inclined to prioritizing zero-Covid and snuffing out the virus outbreaks” as the party congress approaches, he added.

In the meantime, a sharp slowdown in the global economy doesn’t bode well for China’s growth either, Yeung said, as weakening demand from the US and European markets will weigh on China’s exports.

He now expects Chinese GDP to grow by just 3 per cent this year, missing Beijing’s official target of 5.5 per cent by a wide margin. Other analysts are even more bearish. Nomura cut its forecast to 2.7 per cent this week.

Recent data suggest the Chinese economy could be headed for another dismal performance in the third quarter. GDP expanded by only 0.4 per cent in the second quarter from a year earlier, slowing sharply from growth of 4.8 per cent in the first quarter.

China’s job market has deteriorated in the past few months. Most recent data showed that the unemployment rate among 16 to 24-year-olds hit an all-time high of 19. per cent in July, the fourth consecutive month it had broken records.

The deepening property market downturn is another major drag. The sector, which accounts for as much as 30 per cent of China’s GDP, has been crippled by a government campaign since 2020 to rein in reckless borrowing and curb speculative trading. Property prices have been falling, as have sales of new homes.