Over 170 Tibetans have reportedly been detained in Cheudru village in Gade County on May 10 for opposing government orders to confiscate grazing lands in the area. “The local police and other authorities in Cheudru Village pushed to investigate local Tibetans’ grassland use certificates and confiscate grassland from nomads if their certificates are out of date,” says a report. 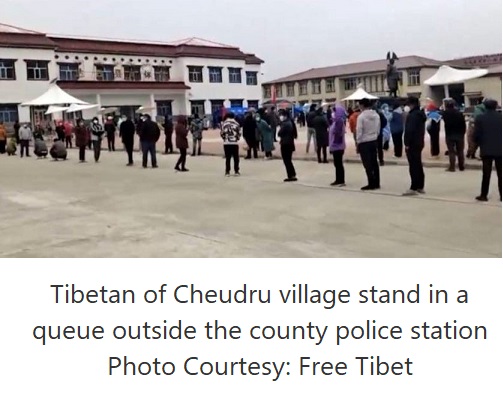 These pasture lands used by rural Tibetans to keep their cattle have been placed under government control following the Chinese occupation. The nomads have been told to get a grassland-use permit which gives the holder the right to let their flocks graze on the land for 50 years.

“Local Tibetans have opposed this directive, asserting that grazing lands should belong to the people. As a result of this resistance, over 170 Tibetans from Gade County have been summoned, detained and questioned at one of the county’s police stations,” the report further noted.

Authorities in neighbouring Yushul Tibetan Autonomous Prefecture last year also started collecting grassland use certificates from nomads residing in the region as the government proclaimed that the Chinese government is the sole owner of the these vast grasslands, which was then followed by confiscation of grasslands from nomadic Tibetans.

As per the findings, the confiscation of lands from nomads is also happening in other counties as well; Machen county, Maduo county, Darlek county, Pema county and Chigdril county in Golog prefecture inside Tibet.