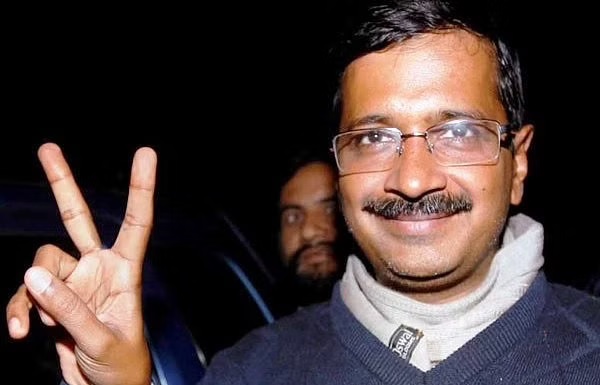 The Aam Admi Party government in Delhi has been asked to return Rs 97 crore, the money spent on advertisements allegedly glorifying party leaders, to the exchequer ‘within 15 days’ of the receipt of the notice from the office of the Lieutenant Governor of Delhi, V.K. Saksena.

In Agra, the civic body has served notice to the management of the UNESCO heritage monument Taj Mahal, built by a Moghul emperor as a symbol of his love for his beloved queen, to cough up Rs 1.40 lakh as property tax and another Rs one crore as water dues. This is the first time in 370 years that a monument which is India’s best tourist attraction has been assessed for service charge and tax liability.

The tax threat to the Taj could not have come as a surprise to those who have watched how certain right wing groups, backed by the ruling party, have been claiming that it was built over a Hindu temple. These elements are keen to build a temple where the Taj stands today.

Some of the big BJP leaders known for their antipathy towards the Muslims do not think the Taj can be called an Indian heritage. Threats of digging the foundation of the monument have also been issued in recent years.

The notice to AAP for recovery of ad money may on first glace appear to be justified. But looked at in a wider context it appears to be nothing but yet another unfair tactic of the ruling party to harass a non-BJP government. That the medium chosen for the latest move against the AAP was the LG is hardly surprising. Saksena has concentrated on finding ways to torment the AAP and its leaders; the AAP calls it his ‘love letters’.

It is generally believed that the Delhi LG is only doing what the ruling BJP expects him to do. By showing their willingness to torment the non-BJP governments, the governors picked up by the ruling party have been discharging their ‘duties’ quite satisfactorily from the BJP point of view. One of them has recently been elevated to a high constitutional post after he and the chief minister of the state where he was posted used to have daily ugly spats while he did his best to derail the state government.

The AAP has said that it would deposit the amount demanded (Rs 97 crore) the moment other governments (and presumably the centre too) are asked to pay the huge sums they spent on advertisements that were meant to project the ruling party and its leaders’ image before polls in different states. The AAP estimate of the money thus owed by the BJP runs into thousands of crores.

It stands to reason that a government that wants to build the image of the ruling party leaders cannot spend money from the public exchequer for buying expensive advertisement space in the media. (A front page ad in a major paper can cost about Rs one crore). The ads on which the government spends money are expected to relate to government work, not glorifying individuals as super humans and demigods.

It is undeniable that in the past almost all governments have indulged in wasting public money on building images of ruling party leaders. But the BJP has far exceeded in this game. It is, for instance, hard to understand why an advertisement relating to UP should be inserted in a newspaper in, say, Tamil Nadu. Or, what is the need or relevance of an ad from the Gujarat government carried by Delhi newspapers; or an AAP add appearing in papers published in distant states.

One of the most curious instances came from UP where the state government had released advertisement to the American magazine Time. The write-up lauded the chief minister and, surprise, surprise, portions of the ad text were used to circulate as part of an article written by the magazine on the chief minister. It is another point that while the UP government was happy to quote the magazine to bolster chief minister’s image, the entire BJP was up in arms when the same magazine carried a very critical piece on Narendra Modi. BJP leaders had contemptuously dismissed the American magazine and the PIO visa of the writer of the article was cancelled.

The splurge on ads has two purposes. It highlights the ‘achievements’ of a government and its leaders when they appear to be non-existent or sketchy; equally importantly, it serves to ‘bribe’ the media which in lieu of the large sums received as ad revenue willingly becomes pliant. Of course, a media house becomes more obsequious when it faces threats of various kinds from the government—IT or CBI raids, for instance.

The ‘cooperative’ media vows not to question the government or the ruling party for all its acts of omission and commission. And as we have seen in the last eight years or so, it is the Opposition and its leaders who become the sole targets of a relentless media inquisition.

If Kejriwal has been loosening the purse strings of his government for the media it has not been without a reciprocal advantage. Observe that AAP and Kejriwal are usually spared uncomfortable questioning by the media. He is receiving almost the same kind of benevolent treatment that the media had so far reserved for Narendra Modi and his government.

The Congress too seems to be catching on with the game of pleasing the media by buying expensive advertisement space. But it is not sure if it is going to receive as much benefit of a good Press as the BJP and AAP have.

It is difficult to foresee any political party returning money spent on polishing the image of its leaders. But what the Delhi LG is trying to do should in all honesty be repeated all over the country. The nature of some of the ads is objectionable. Posters with Modi’s face at petrol pumps or Modi’s visage on bags carrying ration for the poor or crores spent on ‘thanking’ the prime minister for ‘saving’ lives with vaccination are all instances of uncalled for extravagancy to achieve political objectives. Nobody has taken notice of these egregious acts.

While restoring the money unjustifiably drawn from public exchequer may be a good idea, it will not succeed if the unfair and immoral practice of targeting only Opposition parties continues.