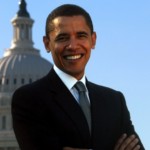 New Delhi: The United States appears keen to make big ticket defence sales to India which is has begun a $100 bn modernization of its armed forces. Hitherto, India was largely dependent on Russia and its earlier incarnation Soviet Union. Not any longer with Moscow driving a hard bargain and insisting on hard currency trade. More over quality concerns have made Delhi to turn to other suppliers.

For the Obama administration, increased arms sales is a way to increase to jobs at home as the economy is still emerge out of the 2008 meltdown. Already it has given the go ahead to the Lockheed and Boeing to offer to India cutting-edge radar technology for fighter jets.

The Bush-Singh accord on civilian cooperation in nuclear energy has opened up the doors for closer UA-India defence ties. As the nuclear parks programme announced by Delhi last week shows, the Americans are forced to share the opportunities with the French and Russians.

Despite increased military bill, India lags behind China, which is spending close to $71 billion, second only to the United States. By contrast, India is spending a paltry $29 bn this year, up by 25 percent over 2008. This outlay is equal to just about 2 percent of its GDP vis-à-vis China’s 4.3 percent and Pakistan’s 3.5 percent.