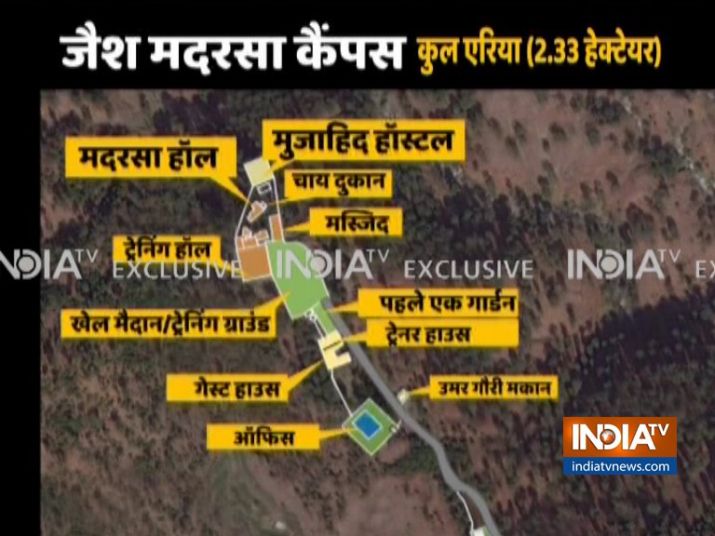 Narendra Modi rode to power in 2014 on the back of diatribes against the chosen bête-noire in the Opposition mixing it judiciously with ‘Jumla’-laden talk of ‘Vikas’ (development). Mid-way through his five-year term as prime minister, this winning formula appeared to fail him. Now with the next round of polls approaching fast, he has discovered a new trump card.

The Pulwama attack by a suicide bomber of the Pakistan-based Jaish-e-Mohammed in Kashmir on February 14 had sent the nation into grief and shock. The Indian response on February 26 at Balakot in Pakistan’s KP province has rekindled hopes of Modi being able to fulfill his desire for another term in office.

The prime minister is for sure an indefatigable election campaigner. He was in no mood to interrupt his schedule when 40 CRPF jawans were killed at Pulwama. But he did not waste much time in cashing in on the ‘success of the IAF strike at Balakot. In his non-stop election speeches since then he made it a point to denounce the skeptical Opposition for lacking in patriotism.

You risked being branded ‘anti-national’ if you asked questions about the failed ‘Modinomics’ that has affected millions of youth and farmers or expressed abhorrence about vigilantes fervour for the blood of the ‘other’. Now, betraying even the slightest doubt about the credibility of the claims of ‘success’ in ‘teaching a lesson’ to Pakistan is to incur the wrath of the government’s might.

A BJP luminary is reportedly of the view that those who fail to attend rallies addressed by Modi should be deemed ‘Pakistani’. This is one of the new ways of defining the patriotism of Indians.

Asking about the impact of action against terrorists is supposed to ‘weaken’ the nation. The lay man can scratch his head, wondering how come a strike on a camp that reportedly killed 350 (or more) terrorists at Balakot did not see any signs of a mass burial and a public outcry that was bound to follow after such a heavy casualty?

The former Karnataka chief minister, the top BJP leader in the south, Y.S. Yeddyurappa, who has led several failed sorties on the Congress-JD (S) camp in the state to wrest power, had no hesitation in declaring that after the Balakot strike the BJP is assured of at least 22 of the 28 Lok Sabha seats in the state. Another BJP leader in Jharkhand is equally certain of a quantum uptick in his party’s fortune after Balakot. The two BJP leaders may say that they were quoted ‘out of context’ the fact is that they are only saying what is in the minds of all their party leaders who have been euphoric after the Balakot strike.

Post -Balakot, statements by world leaders and international media seem to have taken a positive note of efforts made by the Pakistani Prime Minister, Imran Khan, in de-escalating the tense Indo-Pak situation, particularly by returning Wing Commander Abhinandan Varthaman. Pakistan may have released the IAF officer due to international ‘pressure’. But those familiar with the ways of Pakistan would know that Pakistan is a country that does not hesitate to cut off its nose to spite its face. It is reasonable to believe that Abhinandan was returned—and quickly—to garner favourable comments and gain a high moral ground.

Modi is known to be coining acronyms to denigrate his adversaries. But he and his party have also altered the conventional meaning of certain words in the lexicon. For instance, ‘politicisation’ is used to prohibit criticism of the government. ‘National interest’ is invoked to slam the door on uncomfortable queries.

Whether it is about corruption charges involving top BJP leaders, serious riots or death due to official negligence and apathy, to question the government is to indulge in ‘politicisation’, an unethical and immoral act. ‘Corruption’ is said to have disappeared overnight the moment Modi came to power. The Balakot strike has ‘proved’ that only Modi can assure full safety and security to the nation.

‘Paradigm shift’ is a phrase being heard lately with increasing frequency. One of these ‘paradigm’ changes is that it is kosher for the ruling party members to flaunt sacrifices made by the jawans for attracting votes. Throughout the length and breadth of the country, a word has gone round that the ‘successful’ Balakot strike would not have been possible but for the stewardship of Narendra Modi. ‘Patriotic’ Indians are not supposed to ask a simple question: Has the Balakot strike or the ‘surgical strikes’ of 2016 brought down, much less eliminated, the terror infrastructure inside Pakistan? Attacks by terrorists have continued unabated. Many experts have warned of an escalation in Pakistan-sponsored terror.