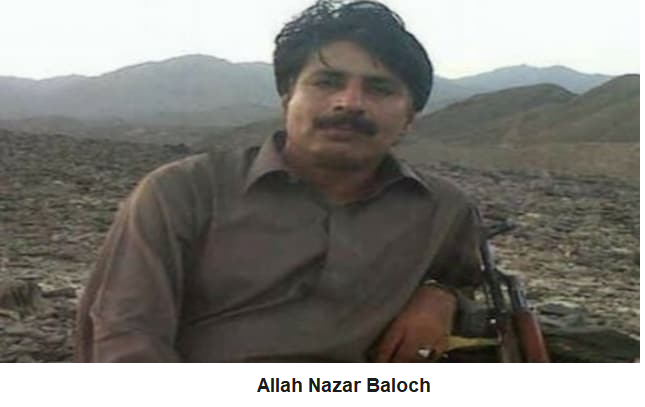 The multi-billion-dollar CPEC project is a network of highways and railways that will span the length and breadth of Pakistan. It concludes at the seaport city of Gwadar on Balochistan’s Arabian coast, where China is making massive investments.

Dr Allah Nazar Baloch, the chief of the Balochistan Liberation Front in a video message said, “I, on behalf of the Baloch nation, want to tell China that you should avoid being a partner of our occupier (Pakistan)”, the report said.

If China wishes to invest here, then it has to wait till Baloch gets its sovereign state and Beijing would be in a position to negotiate an agreement and trade, he  added.

“As you have gone through a similar movement and revolutionary process, I want to tell the communist party, in Balochistan, in the name of CPEC you are expelling the Baloch nation, you are banishing Baloch from their native land, you are destroying the properties of the Baloch nation”, he was quoted as saying in his video message.

Around 0.15 million people are forced to migrate just between the area of Rakhshan and Kech on the CPEC route.

Dr Nazar said, “Those are the natives of this land. You (China) cannot fight with a living nation, as China, no one defeated your struggle, you term yourself as a great nation, in the same way, Baloch is also a living nation. I want to tell you on behalf of the Baloch nation, don’t be a partner of Punjabi in committing our genocide.”

Moreover, Dr Nazar also asked other foreign investors to stay away from the region.

“I also want to tell the Canadian-based Barack Gold, that you have started investment in Reko Diq without the will of the Baloch nation. Therefore, it is advised to stop this, otherwise, you would be responsible for the loss of property and investment”, he said.

The Balochs have been fighting for their rights for many decades. The Pakistani security forces, in retaliation, have been targeting political activists, intellectuals and students. There has been a rise in the number of killings, enforced disappearances and tortures by the army and Frontier Corps.

“Punjab, the enemy of Baloch, even sets fields and jungles on fire on Baloch land. Today, the Baloch nation and Baloch youth are fighting their enemy with intensity and courage. I request to my Baloch nation that, we have to increase the intensity of this fight as we intensified it today, tomorrow it should be more intensified, day after tomorrow take it to next level so that we reach our destination”, Dr Nazar added.

The chief of BLF also sought international help for the rights of the Baloch people, BB report said.

“I expect our neighbouring countries, including India, Afghanistan and Iran would support our struggle and wouldn’t oppose it. Because a stable, strong and free Balochistan guarantees peace and prosperity in this region. Otherwise, neither USA is secure from Pakistani terrorism, not Afghanistan nor India nor the UK or France”, he said, adding that the Baloch have been facing the worst human rights.

“Even Saudi Arabia and UAE are not spared from Pakistan’s terrorism. Wherever there is an incident of terrorism or an evil act it is linked with Pakistan. Therefore, if the world desires permanent peace and security in this region then it is a precondition to support the struggle for a free Balochistan,” said Dr Nazar while asking the United Nations to protect the fundamental human rights and the right of freedom of the nations under the UN Charter.

“I appeal to The United Nations and NATO to declare Balochistan a no-fly zone. I am hopeful that the way the Baloch nation has continued its struggle it will reach its destination”, he said concluding the statement, according to Beijing Bulletin. ###