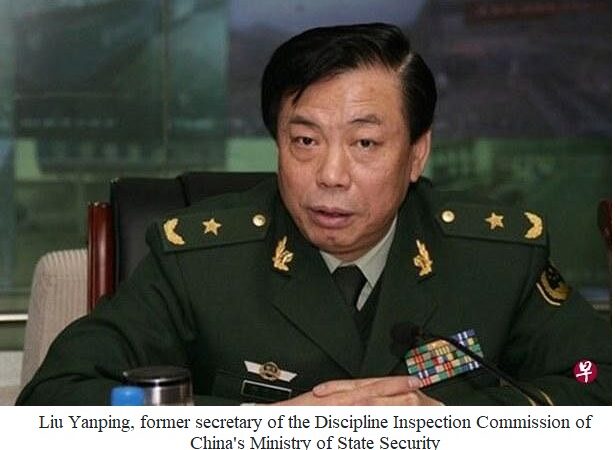 Liu Yanping, a former top security official has been indicted on charges of corruption and bribery. He was dismissed from service in March. His last assignment wase was secretary of the Discipline Inspection Commission of China’s Ministry of State Security.

According to the Beijing News, Liu Yanping has been charged with taking advantage of his position to seek benefits for others and illegally accept property. He had held various positions in the security establishment as deputy director, political commissar, director, assistant minister, and vice minister.

Sun Lijun, was a former vice minister of China’s Ministry of Public Security. He was sentenced to a suspended death sentence and a life sentence without commutation or parole.

Five others of his gang were sentenced on September 21 and 22. They are

and Wang Like, former secretary of the Jiangsu Provincial Political and Legal Affairs Committee of the CPC.