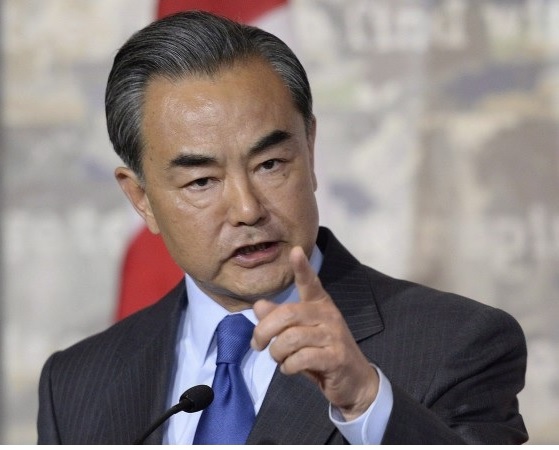 Over the past few days, Chinese Minister of Foreign Affairs Wang Yi has been visiting eight countries in the South Pacific, starting with the Solomon Islands, where he arrived on Thursday last week. A leaked secret document showed that the Solomon Islands would allow the Chinese People’s Liberation Army to station personnel in its territory.

Wang said that the purpose of the agreement between the two countries was to help the Solomon Islands upgrade its police force’s law enforcement capabilities, adding that China had no intention of building a Military base there.
However, the issue still raises concerns in Australia, as well as in Europe and the Americas.

China has in the past few years been eager to expand its Military presence overseas. For example, it has been conducting joint multinational exercises with Shanghai Cooperation Organization member nations since 2005 and participating in anti-piracy patrols in the Gulf of Aden since 2008. It established its first overseas base in the east African nation of Djibouti in 2017 and conducts regular Military training exchanges with its two key security partners, Russia and Pakistan. It would therefore not be surprising if China wanted to set up a Military base in the Solomon Islands.

China has for years been training the law enforcement of developing countries in Africa, Central and South America, and Southeast Asia in the name of “public security and police exchanges,” and providing them with hardware and software support at little to no cost.

In 2011, it set up the China , Laos, Myanmar and Thailand Mekong River Joint Patrol Law Enforcement Joint Headquarters in China ’s Yunnan Province, and the four countries have conducted at least 117 joint patrols.

The presence of Chinese officers enforcing the law in Southeast Asian countries shows the reach of China ’s influence and penetration in the region.

Last year’s China Index published by Taiwan’s Doublethink Lab found that among 36 countries and territories around the world, Southeast Asia is the region where China exerts the greatest influence.

Most of the countries where China promotes exchanges in policing are authoritarian nations with internal strife and relatively underdeveloped economies.

China benefits from the arrangements, such as by requesting natural resources in exchange for training. For example, Ecuador has exchanged petroleum for surveillance systems made by China ’s Huawei Technologies and Hangzhou Hikvision Digital Technology, which enable its law enforcement to increase surveillance of political opponents and the public. Iran and Bolivia have similar arrangements.

In some cases, China sends members of its Military and police units as advisers, establishing an international system of “law enforcement and security cooperation with Chinese characteristics.”

Through this “internationalization of public security,” which attracts little international attention, China has expanded its influence in Southeast Asia, Africa and Latin America, posing a threat to the security of those regions and eroding the sovereignty of the countries involved.

Such activities undermine democratic institutions and empower dictators to control their subjects.
China can also use the equipment involved to conduct overseas intelligence gathering, which is a serious breach of global democracy and freedom. ( Courtesy: Taipei Times)