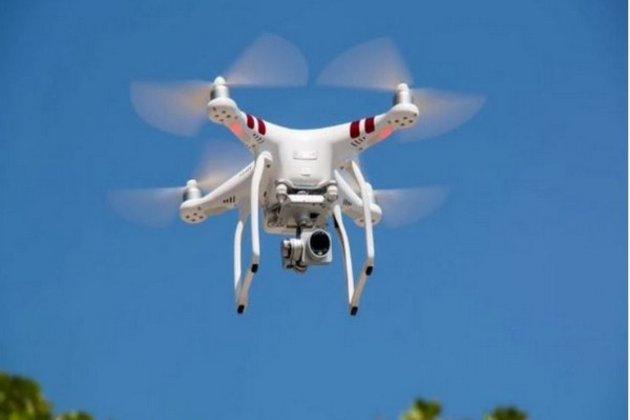 China is providing modern weaponry to the Taliban in the wake of an attack by the Islamic State Khorasan Province (ISKP) on a hotel in Kabul that mostly housed Chinese nationals, says a media report.

The move comes as a volatile Afghanistan threatens Chinese interests and could be a hurdle to the success of the Belt and Road Initiative, BRI.

Moreover, Chinese sources have expressed concern that uncertainty and unrest could lead to Afghanistan becoming a hotbed for terrorists “targeting China’s Xinjiang and its interests overseas, such as the China-Pakistan Economic Corridor (CPEC) projects, where enhanced communication and coordination between China and Pakistan is required to tackle potential threats,” reported Global Times.

On December 12, members of ISKP attacked a local hotel in Kabul, where several Chinese nationals were staying. The attack injured five Chinese nationals along with 18 other victims, while the three attackers were killed by security forces.

It was reported that Chinese businesspeople run the hotel, which is frequently visited by Chinese diplomats and business people, reported Global Times.

In response, People’s Republic of China (PRC) Foreign Ministry spokesperson Wang Wenbin stated, “China is deeply shocked at the attack, which is highly egregious, and firmly opposes terrorism in any form.”In response to these challenges, China has sought to provide the Taliban with enough support to combat all forms of terrorism and extremism in Afghanistan, writes Zafar Iqbal Yousafzai, author of The Troubled Triangle: US-Pakistan Relations under the Taliban’s Shadow in The Jamestown Foundation.

Several factors have recently driven China to deepen its engagement with and support for the Taliban. When Kabul fell to the Taliban, the world was stunned and concerned about the Taliban in power; however, some countries like Iran, Russia, China, and Pakistan were among those expecting stability in Afghanistan and asking the international community to help the Taliban stabilize the country.

In addition, China saw the US presence in Afghanistan as a strategic threat to China. As a result, the US withdrawal and the return to power of the Taliban, with whom Beijing has close ties, were generally seen as advantageous geopolitical developments for China, reported The Jamestown Foundation.

China has strategic, political, economic, and security interests in Afghanistan that it wants to secure. The existence of any central administration ruling Kabul that is comfortable with China is favorable to the latter.

China-Taliban engagement is not new. The Taliban have been frequent visitors to China for years. Even in the 1990s, Beijing engaged with the Taliban to curb militants’ infiltration into western China.

Afghanistan is important to Beijing strategically and economically as it connects China with the Persian Gulf and Iran. Similarly, Afghanistan is a potential route for BRI with extensive natural resources.

Hence, China had been pressing the Taliban to take a clear stance vis-a-vis militancy, i.e., East Turkistan Islamic Movement (ETIM). So far, the Taliban have stated unequivocally that they will not interfere in the internal affairs of any country, said Yousafzai.

China is providing humanitarian aid and concessions to the Taliban government; however, several developments are still off the record.

One such behind-the-scenes development is China’s provision of Unmanned Aerial Vehicles (UAVs) to the Taliban, which has significantly boosted its forces’ combat capabilities, reported The Jamestown Foundation.

The first drone was attained through a front company from China and cost USD 60,000, which engineers tailored to carry four mortar rounds, reported New Lines Magazine on September 15, 2021.

However, the drone unit still uses modified commercial drones for surveillance and operations. In order to upgrade its UAV capabilities, the Taliban have struck a deal with China to purchase Blowfish attack drones.

The Blowfish strengthens the Taliban’s combat capability in operations against its opponents, especially ISKP. It will also put considerable pressure on other resistance movements, including the National Resistance Front in the Panjshir Valley, reported The Jamestown Foundation.

China has economic, political, security and strategic interests in Afghanistan and has maintained close contact with the Taliban over the last decade.

Moreover, Beijing wants the Taliban not to allow Afghanistan’s soil to be used as a base for operations targeting China.

However, China’s reported delivery of combat drones to the Taliban will considerably impact US-China relations and the Taliban’s combat capability to target ISKP and other adversaries, said Yousafzai.