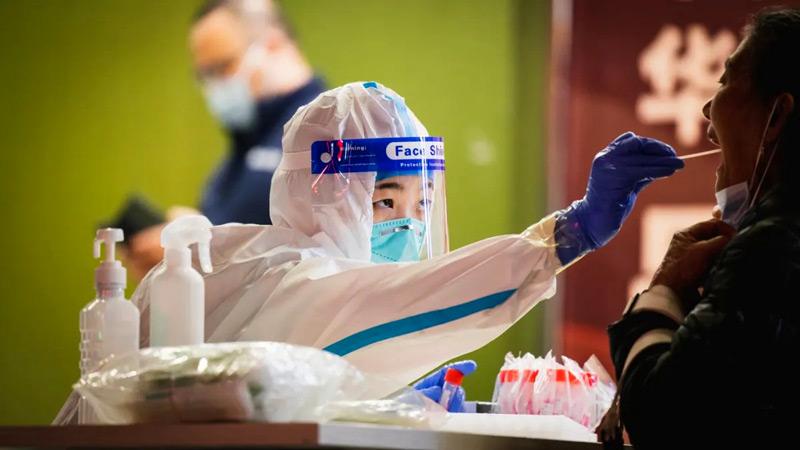 Peking University released a study recently that estimated 900 million Chinese had been infected with Covid-19 up until January 11, representing 64 percent of the population.

This compares with 43 percent of Australians testing positive, although antibody studies indicate a much higher proportion is likely.
With Lunar New Year approaching, what will this massive wave mean for China and the rest of the world, including Australia?

Numbers not the whole story

The Chinese Government said there have been almost 60,000 deaths of people with Covid-19 in hospitals in the past five weeks. However, under China’s narrow definition of Covid deaths, the Government claims Covid caused only 5,500 of these deaths because they died of respiratory failure.

Since early December, media reports have revealed a major surge of cases is overwhelming hospitals, funeral homes and crematoriums. Yet throughout December the Government reported fewer than 10,000 daily cases and single-digit daily deaths. There have been no official reports since January 12.

This lack of transparency led the director-general of the World Health Organization to plead for more timely information to make a thorough risk assessment of the situation on the ground.

The figure of 900 million cases compares to the official tally of 503,000 – a huge gap that could only be resolved by a systematic collection of Covid infection data from all provinces.

The reported deaths all occurred in hospitals. There is no indication of how many people have died at home or in aged care facilities. Most cities and counties in China have a routine death certification system and this information should be available to the National Health Commission.

If we accept the Peking University case data and the Government report on deaths (adding the previous 5,300 reported deaths), the cumulative case fatality ratio is 0.07 per 1,000 cases. This compares with 1.5 per 1,000 in Australia, which arguably has a better hospital system.

So, the Chinese figure is not plausible; either cases have been overestimated or deaths have been underestimated. Even if China has not yet reached 900 million cases, lessons from other countries with similarly abandoned public health measures say it soon will.

The surge has coincided with the abandonment of China’s Zero Covid policy and the removal of almost all preventive measures.

But the underlying reason is low population immunity due to both a previous low rate of infections and a relatively low vaccination rate. While around 90 percent of the population has received two doses of the vaccine, only 58 percent have received a third dose booster.