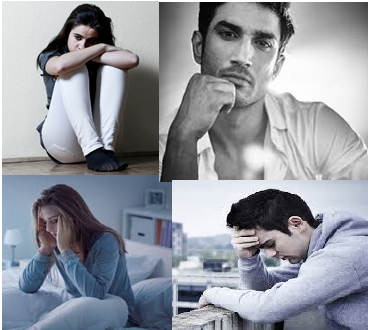 After suffering disgusting, relentless attacks from pro-Modi TV channels for over three months, the Indian Hindi film industry seems to have decided to show its spine and take on the most powerful Enlish language TV channels in the country and four of their top anchors-cum-editors. Four Bollywood organisations and 34 producers, directors actors etc from the industry have approached the Delhi High Court with a petition seeking an end to their vilification in studio trails by self-appointed prosecutors and judges.

It was a step as unprecedented as it was surprising because in the last six years Bollywood has earned the dubious distinction of being dominated by those who advance the agenda of the ruling party. Though there have been some notable exceptions, the majority of the Bollywood fraternity appears to have converted itself into Modi Bhakts, a synonym for those who think that being liberal and tolerant is being anti-national.

It must have looked unbelievable to many to find a particular Bollywood star’s name among the petitioners: He immortalized himself as an ‘interviewer’ by asking the prime minister in a sponsored TV interview whether he liked to suck mangoes or enjoyed the fruit after slicing it.

On the other hand, it has not escaped notice that another great star—sometimes called the biggest ever Indian movie star—has preferred to be silent on the controversy raised in the Bollywood petition. But an impression about him is that he does not speak, or does anything that will displease the present ruling dispensation.

The outcome of the Bollywood petition will be eagerly awaited in the country for the Mumbai film world is not the only section to be at the receiving end of a highly biased electronic media which has buried decency in public discourse. The ease and the frequency with which the pro-government media indulges in character assassination and the impunity with which it resorts to falsehood has been unbelievable. Anchors shout and scream at those who refuse to endorse their lopsided and unfounded views, painting them anti-national. Venom is poured on not only those who do not subscribe to the saffron political philosophy but also to the followers of a particular religion.

The noxious attacks on Bollywood by TV channels began after the death of a young Bollywood star who had allegedly committed suicide but the star’s family as well as the electronic media and the ruling party alleged that it was a ‘murder’. A former girlfriend of the late star, also a film actor, was dubbed the villain and a non-stop, no-hold-barred campaign against her started on the TV channels. She was said to be part of ‘drug cartel’. The entire Bollywood was painted in the darkest colours where drugs were commonly consumed.

The tone of the TV channels did not change even after forensic reports maintained that the male actor had committed suicide and there was no sign of any foul play.

Two questions are perhaps uppermost in the minds of many. One, will the courts be able to change the conduct of the propagandist TV anchors who have re-written the definition of journalism and repudiated the role of the media as the fourth pillar of democracy? Two, what will be the fallout of the Bollywood petition on the film industry itself?

The answer to the first question can be answered with near certainty: No, regardless of what the court decrees, the ‘toxic’ media will not change unless the government itself disapproves of its ways. But why should the government do that when it is the biggest beneficiary of the media toxicity and bias.

Speculation about the likely impact on Bollywood can be interesting. Many of the petitioners against the two TV channels are counted among the most ardent ‘Bhakts’ or followers of the prime minister. That they have agreed to append their names to the petition is a bit mystifying. Or could it be that even these diehard Bollywood fans of Narendra Modi now feel that enough is enough and they should raise their voice against the brazen insanity exhibited day in and day out in TV studios?

But consider another thing. A union minister and the president of the ruling party have denounced efforts to ‘gag’ the media by those who have been offended and hurt by an irresponsible section of the media which presents fiction as facts.

In filing the petition, Bollywood must be fully aware that the move against the most ‘renowned’ English language TV channels may well be viewed as a proxy attack on the Modi government. There cannot be even an iota of doubt that these channels enjoy cent percent backing of the current government. So, if the ruling party is displeased, Bollywood may have to suffer serious consequences.

The Covid-19 pandemic has already crippled the multi-billion Bollywood industry. Even after steps are now being taken to resume activities like shooting and exhibition of movies it will still be quite a while before the industry returns to its happy pre-Covid days. The government commands the levers of power that can prevent full recovery by the film industry.

The big names in the film industry who remain ‘Modi Bhakts’ or dedicated followers of Narendra Modi and who have lent their names to the court petition might play a covert role in averting disaster for Bollywood by secretly liaising with the Modi government. The course they choose may include facilitating expansion of the base for the saffron party in the film industry without any overt or covert attempt to bring about any perceptible change in the unacceptable conduct of the TV channels.

Conversely, it may be safe to assume that the government, which is otherwise hyper sensitive towards any criticism directed at it from any quarter, will not be willing to take an openly hostile stand against its known Bollywood followers even if they have gone to the court against a vital cog of the government’s propaganda machine. The ruling BJP has a special place for the entertainment and sport world which it thinks not only expands its base but also spreads its political message.

It is not possible to take a bet on the TV channels doing a somersault to return to professional ways. The most interesting thing to watch will be what befalls Bollywood—will it be more consciously divided along ideological lines if the nexus between certain TV channels and the government remains firmly in place?