Ensuring credibility of the CBI and ED

Home » News » Ensuring credibility of the CBI and ED 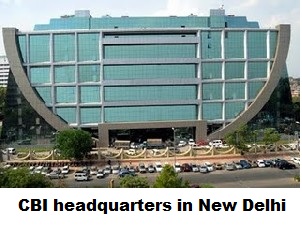 Technically, the central government is within its rights to take the ordinance route for extending the tenure of chiefs of the Central Bureau of Investigation (CBI) and the Enforcement Directorate (ED) to five years. Currently, the two central agencies have a fixed tenure of two years. The scuttle with which this exercise has been carried out makes the government suspect. It reeks of the government’s predilection for control over all agencies. Congress leader, Adhir Ranjan Chowdhury, said that the ordinance was yet another instance of the current establishment’s dictatorial attitude. According to Chowdhury, who is the opposition member in the committee that selects the CBI Chief, the government is:

The Modi government’s methods of functioning should be a cause of concern for everyone.

In 1993, Vineet Narain, journalist and anti-corruption activist, had filed a petition questioning the shackling of the CBI. In 1997, the three-member bench of the Supreme Court had declared this provision unconstitutional and in violation of Article 14, which guarantees the right to equality to every Indian citizen. The bench also listed out a series of directions to the CBI and the Central Vigilance Commission (CVC) to ensure that future investigations were devoid of political interference.

In an interview to the Indian Express, Narain said:

“Now the Honourable Supreme Court should take cognizance of this order and evaluate its merit in the light of its own previous judgment of 1997. The Supreme Court should intervene and decide how the spirit of autonomy should be maintained in the CBI as well as the Enforcement Directorate.”

“Ideally, the government should have taken both prior steps: debated the matter in Parliament and allowed the Supreme Court to revisit the matter too.”

This would have been the right course. However, we know how the government conducts itself, keeping in view its own interests.

There are, of course, no basic rules for the success of any investigative agency. First of all, it requires functional efficiency. Second, it ought to be manned by persons of integrity and character. Third, it should be free from administrative and political interference from the powers-that-be. This can be possible if the investigative agency is an autonomous body, which unfortunately, the CBI is not. The agency has had some of the finest independent-minded officers known for their honesty and integrity, and that has helped the CBI build its image.

It would be relevant to quote what an Orissa cadre police officer once said:

“The officers of the CBI used to take huge pride for the privilege of working in the organization. IPS officers considered it a great honour if they were inducted in the CBI. Integrity of officers was proverbial. They are known to take a principled stand and refuse to make compromises.”

John Lobo, former director of the CBI, held the line against political pressure; he once stood up to the then Prime Minister, Morarji Desai, over a crucial matter and told him bluntly:

“I cannot tell my officers to do it.”

Ironically, the CBI today seems vulnerable to political pressures. The impression has, of late, gained ground after the drubbing the CBI got from the judiciary in the hawala (informal money transfer without the money movement) probe. Even the Chandraswami case has affected its credibility. The agency, of course, did register a criminal case against the self-styled godman in February 1988, following specific complaints from UK-based NRI, Lakhubhai Pathak, but failed to show urgency in moving the matter. Could it have been under political pressure? Perhaps. It was the apex court’s angry intervention in the matter that made the agency finally take action.

It would be suicidal for the CBI to create an impression of vulnerability. That would defeat the very purpose of its existence. Moreover, it is now expected to play an effective role in the present scam-ridden atmosphere in the country. It is also disquieting to note that prime ministers tend to prefer having a CBI chief from their home states. This perhaps reflects their insecurity, and they probably wish to use the CBI and the ED, if need be, as a witch-hunt instrument for selective policies. This is neither desirable, nor in the country’s long-term interest, if we mean to sniff out corruption in public life.

The position of power and patronage does not give ministers a license to loot. We need to put a stop to this loot mentality among India’s new class of maharajas, who often behave worse than old-time feudal lords. Only an independent autonomous status would make the CBI look credible and effective, and we ought to move in that direction. We should think big and act big in public interest. 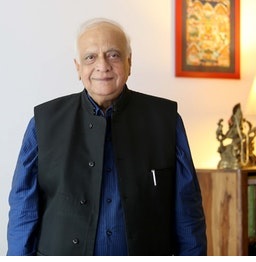