Environment Was His Passion

Home » News » Environment Was His Passion

A Tribute to Swaroop Krishna Sharma 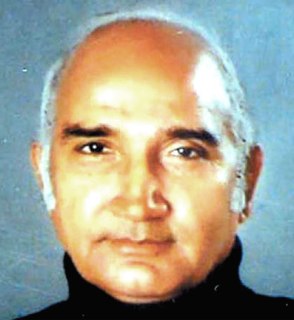 Ecologists and environmentalists miss Swaroop Krishna Sharma, who was a scientist by training, environmentalist by temperament and a connoisseur of music and heritage by passion. He gave as much to Chandigarh as his got from the only planned city of Independent India. Sharma made Chandigarites conscious of their environment through the Environment Society he founded in 1976. The Environment Society of India also owes its birth to his efforts, though unlike many of his contemporaries he did not go about bragging his achievements.

Honoured with the Global 500 Laureate Award (1989) instituted by the United Nations Environment Programme, Sharma believed in the adage ‘Catch Them Young’ to instil value system amongst children. The result was Eco Clubs in about 300 schools in and around Chandigarh, which caught the attention of the World Health Organization (WHO) and several other international bodies besides the Union Ministries of Education and Health in Delhi.

These clubs are also known as Saturday School Environment Day. That is because every Saturday, the children are told about various aspects of environment at the Morning Prayer meetings. Each child is made responsible for looking after a plant. Sharma’s Eco Club movement impressed Delhi so much that out went advisories to all states to adopt his concept and educate children about protecting our environment.

When you are in Chandigarh don’t miss visiting Sukhna wetlands and paying a silent tribute to this biologist, who started his career as a junior entomologist in 1963. If the migratory birds are again flocking to the lake, it was largely because of Sharma’s tireless efforts.

November- March is the season when birds from Central Asia and Scandinavian countries flock to Sukhna. At one time about 12,000 birds used to descend on the lake with unfailing regularity. Sharma with his friends stepped in when the number of ‘visitors’ came down to about 7000. They raised voice against display of fire works in the vicinity of the lake. Also held forth against playing brass and pipe band music in the neighbourhood and opposed immersion of idols after religious functions.

Even throwing of flowers, Sharma argued, would disturb the birds, which are coming from hundred thousand miles for rest and laying their eggs. Now happily, all these activities are banned on the Lake.

Sharma was a prolific writer. He authored four books and about 59 papers on scientific subjects mostly in the field of environment and public health. And contributed as many as two hundred articles on art and heritage.

Recognition came Sharma’s way during his life time though there were occasions when his friends and colleagues felt he was not getting his due. Israel, where he did his Masters in public health from the Hebrew University (Hadassah Medical School) honoured him with a two-year fellowship in International cooperation.

King of Belgium honoured him with a ‘commendation’ at a special ceremony (June 1989) held at the Royal Palace in Brussels. A year earlier, health minister in the Rajiv Gandhi government, Motilal Vora presented to Sharma ICMR’s prestigious Prof P N Raju oration award in the field of public health. His own Chandigarh city did not forget him and conferred on him several awards. Of these, the Fellowship from the Punjab Lalit Kala Academy was something precious to Sharma and the very mention of the award always lifted his spirits. It was for his outstanding contribution in promotion of arts and music.

He passed away in November last year while planning a musical evening to commemorate immortal singer K L Sehgal in Chandigarh, the city he made his home for over three decades