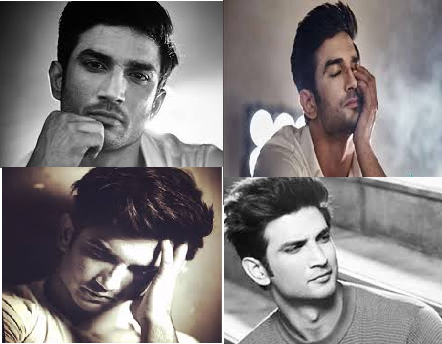 New Delhi (Syndicate Features): The extensive media (both print and electronic) coverage of ‘suicide’ by a Bollywood star in Mumbai and the storm in TV studios over a meeting between the First Lady of Turkey and a veteran in the Bollywood entertainment industry have acquired an unexpected salience. They are also useful diversions that help the government keep the people’s mind away from discomforting issues.
It is certain that the story on the manner in which Sushant Singh Rajput met his end will continue to hog headlines till the Bihar assembly polls are concluded towards the end of the year. The other story may have a short life but is good enough to be used as part of diversionary tactics in these tough times.
A consequence of the unfortunate end of Rajput has been the surfacing of a large number of Bollywood stars jumping into the fray, most of them supporting the stand of the Bihar government and, thus casting aspersions on the government of Maharashtra. Interestingly, there have always been close ties between the filmdom in Mumbai and Siv Sena, the dominant partner in the Maharashtra government today. There was a time when some of the leading stars of Bollywood paid regular calls on the founder of Shiv Sena, Bal Thackeray, when they found themselves in trouble from the Shiv Sainiks and their campaign against non-Maharashtrians.
Diversionary tactics are necessary for the government because the bad news shows no sign of going away. The COVID pandemic continues to haunt the nation while exposing the incompetent manner in which it is being fought. There is nothing to cheer about the economy and the continuously rising graph of unemployment. On top of it all, the Chinese are refusing to vacate Indian territories they have grabbed in Ladakh.
The JD(U)-BJP government in Bihar is already using the Rajput case to denounce the government in Maharashtra where the ruling coalition is led by Shiv Sena, considered a renegade by the BJP for severing its old links with the saffron party. The BJP is itching to humiliate and bring down the Maharashtra government to take ‘revenge’ on Shiv Sena and anything that can be twisted to meet that purpose is good enough for it.
Of late, the Shiv Sena past of pursuing narrow parochial goals and crusades against non-Maharashtrians, including Biharis, has ebbed from the political discourse. So, it is welcome that a brand new issue has unexpectedly landed in the lap of the BJP to embarrass Shiv Sena and its NCP and Congress partners in the Maharashtra government.
A campaign has been launched to show that Amir Khan, a prominent member of the minority community, had no qualms in meeting the wife of a President who had denounced India’s Kashmir policy. That the meeting was arranged at the behest of the wife of the Turkish president was given no thought, nor the fact that the Indian ambassador in Turkey had hailed Khan as a ‘cultural ambassador’ of India.
The purpose behind a renewed ‘hate’ campaign against Khan was clearly to reinforce a canard about doubtful patriotic credentials of the minority community. Periodic renewal of this message is always helpful for the party in power even if this message has gone deep enough.
The Bollywood ‘suicide’ and the meeting in Turkey are two unrelated events but they show how the media peddling a new form of journalism can spin controversies around Bollywood stars to suit partisan political ends—well, to please the patrons behind the small scene.
Initially the ‘suicide’ story of Rajput was received with shock by almost everyone. But it appears some were quick to spot a political potential in the story. In no time, allegations of conspiracy, murder and intrigues began to float. The TV studio warriors made it look like a ‘sensational’ case with their camera shots and commentaries suggesting a ‘murder’ angle.
The Maharashtra Police was caught off guard as it proceeded without registering a FIR to deal with the ‘suicide’ case while the Bihar government and the state police were hurling charges against the Mumbai Police of trying to ‘shield’ someone big and sabotaging a fair probe.
Observers were certain that Bihar’s JD(U)-BJP combine was targeting not only the Shiv Sena-led coalition in Maharashtra but in particular the Thackeray scion, Aditya, a minister in the state. Photos—fake or real one cannot say– were circulated about Aditya Thackeray partying with a ‘suspect’, a former girlfriend of Rajput.
The family of Rajput started to figure prominently when they leveled charges against Rhae Chakravorty, his film star girl friend. It was soon discovered that the parents of Rajput are well connected with family ties to the ruling BJP and an IPS officer of the Haryana cadre.
That was enough to speculate on the reasons behind the Bihar government’s intense interest in the Rajput ‘suicide’ case. As seen from Patna, it was a case of justice being denied to the family of a young film star from Bihar whose life had ended tragically. In other words, the Bihar government will not trust any investigation carried out by the Maharashtra police.
It was being said by Rajput’s family that the girlfriend in question allegedly had an eye on the wealth of her film star boyfriend and live-in partner. She broke off her relationship with him and that left Rajput mentally distraught.
The Supreme Court’s order in favour of a CBI probe has satisfied the parents of Rajput and the Bihar government. The reasons are understandable. The CBI like so many other institutions of the government of India is believed to be mindful of the interests of the ruling party and does not care if it leads to questions about its independence. Its report may well come around the polls time in Bihar. (Syndicate Features).