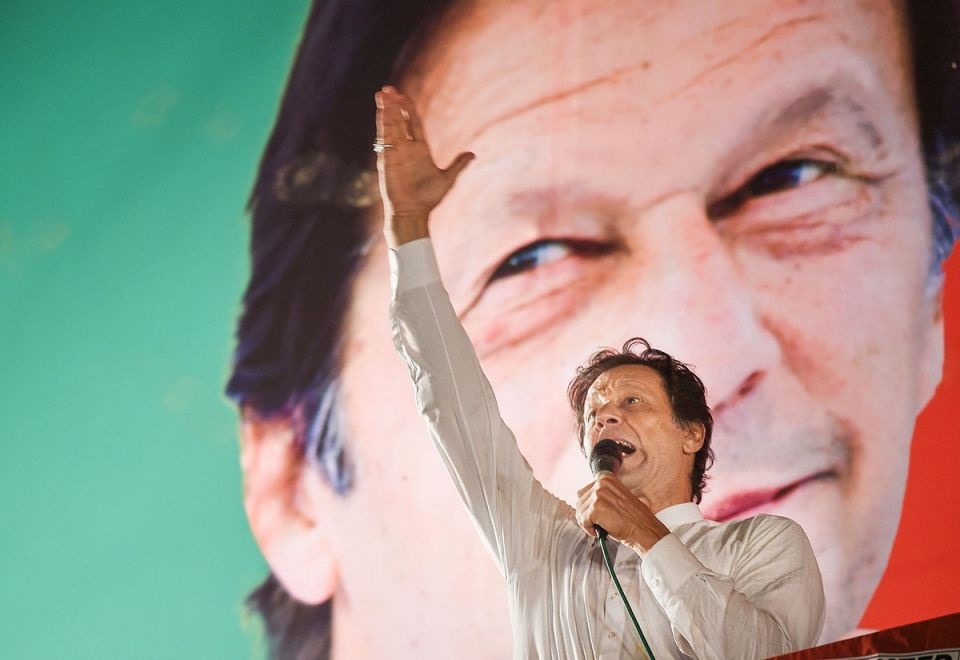 You have to grudgingly admire the Pakistani pluckiness. It is never shamed! It never sees obvious contradictions in its own words and action. It does not bat an eyelid in releasing a torrent of lies and perennial denials. So, the demand for Nobel for Imran Khan should cause no surprise.

It was a clever PR exercise by Pakistan Prime Minister Imran Khan to release Wing Commander Abhinandan Varthaman of the IAF, two days after capturing him when his Mig-21 Bison, shot by a Pakistani missile, fell inside Pakistan. But before Pakistan could actually capitalize on any ‘gain’ from its decision it resorted to an absurd but not a surprising ploy by detaining him for nearly five hours after his reported release from military captivity for a grotesque propaganda video. That kind of Pakistani proclivity was amply displayed not very long ago from the disgraceful manner in which the wife and the mother of Kulbhushan Jadhav, put on the death row after a sham closed door trial in a military court, were treated during a brief meeting arranged by the Pakistani army/ISI.

They were separated by a glass wall and were not allowed to speak to him in their mother tongue Marathi. The two Indian women were not allowed to wear their chappals and Saris because, hold your breath, they were hiding something ‘suspicious’! Instead, they had to settle for the footwear and apparels provided by the Pakistani sleuths, which, of course, did not hide anything ‘suspicious’.

But even before you ponder over the habitual Pakistani chicanery, it was reported that the Pakistani government wants the Nobel Peace prize for Imran Khan! There must be some desperation about it in Pakistan despite at least two Pakistanis winning the Nobel Peace Prize in the not too distant past. The first, mathematician-scientist Abdus Salam shared the award with two other physicists in 1979 but Pakistan is not happy to recognize his honour because he was an Ahmadiyya. For the Sunni- dominated Pakistan, Ahmadiyyas are heretics.

The second Nobel award, to Malala Yusufzai, is also not well received in the highly radicalized Pakistani society because she speaks against the orthodoxy and obstructionism propagated by the powerful Mullahs, allies of Imran Khan, which makes her a ‘Western stooge’ in the eyes of most Pakistanis.

The dim-witted who have demanded the Nobel Peace Prize for Imran Khan, a cricketer also known in the past for his playboy image, obviously believe in their own fiction that Khan’s gesture of releasing the Indian Airforce officer—an obligation under international covenant–had achieved, or was near to achieving, the ‘miracle’ of peace between India and Pakistan.

And a ‘miracle’ it has to be since Pakistan talks of peace in words while unhesitatingly exhibiting its evil intentions against India through various acts, beginning with the deployment of the army of its terrorists, ISI-nursed and-backed terrorists, against India.

Perhaps more by accident than design, a fresh proof of Pakistan’s malevolent intentions came almost at the same time the clamour for Nobel Peace Prize for Imran Khan was raised in Pakistan. The ever grumbling and frequently sulking foreign minister Shah Muhammad Qureshi told the BBC during a brief interview with its correspondent (of Pakistani descent) that the terror outfit Jaish-e-Mohammed had not said it was behind the Pulwama attack that killed over 40 troops. The fact is that JeM had said so loud and clear through a video released just after the Pulwama attack on February 14.

Earlier Minister Qureshi had told the CNN that JeM was indeed based in Pakistan. He had added rather gratuitously that its chief, Maulana Masood Azhar, was ‘very ill’ and was not in a position to leave his home. A local media reported that the Maulana was being treated in a military hospital.

The Pakistani minister was probably sulking when he spoke those words: He had boycotted an OIC meet because India had been invited as an ‘honoured guest’. That gave him ulcers. By the way, the man was in India at the time of the Mumbai terror attacks in November 2008.

The Pakistani tantrum had had no effect on the OIC. If anything it must have lowered the Pakistani stock among its 50-odd members. How Pakistan makes a spectacle of itself! Nearly 50 years ago when OIC met for the first time at Rabat (Morocco), Pakistan had moved heaven and earth to keep India out of the meeting after the Indian delegation had arrived in the city. The then president of Pakistan, Gen Yahya Khan who acquired fame for keeping constant company of the amber stuff—and a ‘nightingale’ singer—refused to come out of his hotel suite if India attended the meeting.

Pakistan, then a darling of the US by virtue of which it strived for leadership of the Islamic world, was able to have its way then. Nearly half a century down the line when Pakistan has amassed nuclear bombs, it was its turn to be humiliated by the OIC which did not pay heed to its cribbing and protest against inviting India.

But you have to grudgingly admire the Pakistani pluckiness. It is never shamed! It never sees obvious contradictions in its own words and action. It does not bat an eyelid in releasing a torrent of lies and perennial denials. So, the demand for Nobel for Imran Khan should cause no surprise.

Perhaps, Pakistanis have drawn inspiration from some of the recipients of the Nobel Peace Prize who were widely believed to be undeserving. In 1973, Henry Kissinger a known India-baiting, Pakistan-loving US secretary of state under Richard Nixon, the paramount India-hating US president, was awarded the Nobel peace along with the North Vietnamese leader Le Duc Tho. Awarding a ‘peace’ prize to a hawkish Kissinger shocked many in the world, but perhaps none more than Le Duc Tho who declined to share it with Kissinger. Besides, peace had not returned to the two Vietnams by then.

President Barack Obama of the US was declared the Nobel Peace Prize winner within 12 days of assuming office—by all means an incredible achievement that left many utterly astounded. Imran Khan, in the unlikely event of being actually chosen for the award, will deal a shock to the world outside Pakistan.

On second thoughts; the possibility of rewarding a Pakistani leader cannot be entirely ruled out when the Nobel Peace Prize has often been accused of being awarded on political consideration. The US remains the leading voice in the West which has decided to resurrect Pakistan out of its isolation in order to escape from the Afghan quagmire with its help. There is also a history of the Nobel Peace committee’s lack of transparency in choosing the Nobel winners. Do we, then, wait with bated breath for the Nobel announcements or laugh at the Pakistani temerity?