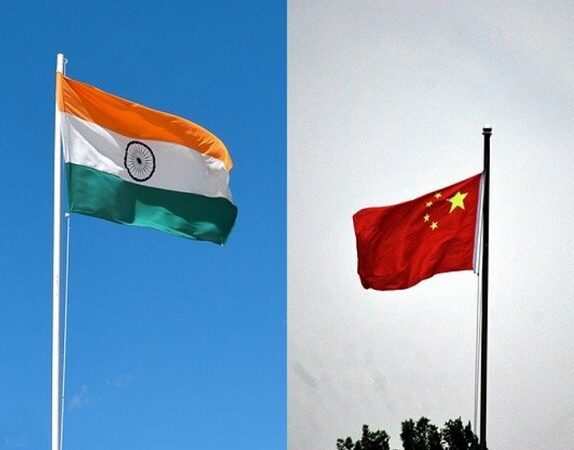 India’s economic transformation is kicking into high gear. Global manufacturers are looking beyond China, with Prime Minister Narendra Modi stepping up to seize the moment. The government is spending nearly 20 per cent of its budget this financial year on capital investments, the most in at least a decade.

Modi is closer than any predecessor to being able to claim that the nation – which may have just passed China as the world’s most populous – is finally meeting its economic potential. To get there, he’ll have to wrestle with the drawbacks of its exceptional scale: the remnants of the red tape and corruption that have slowed India’s rise, and the stark inequality that defines the democracy of 1.4 billion people.

“India is on the cusp of huge change,” said Nandan Nilekani, a founder of Infosys, one of the nation’s largest technology services companies. India has quickly created capacity to support tens of thousands of start-ups, a few billion smartphones and data rates that rank among the lowest in the world, he said.

US-China rivalry is providing a tailwind. India and Vietnam will be the big beneficiaries as companies move toward a “China-plus-one” strategy, supply chain analysts say. Apple’s three key Taiwanese suppliers have won incentives from Modi’s government to boost smartphone production and exports. Shipments more than doubled to top US$2.5 billion of iPhones from April through December.

“People are looking at which other place over the next decade is going to be a great place to put capital,” Nilekani said. “I haven’t seen this kind of interest in India for 15 years.”

Of course, Modi’s manufacturing aspirations are not new. His “Make in India” campaign kicked off in 2014, seeking to emulate mainland China and the tigers of East Asia – from Singapore to South Korea and Taiwan – that climbed into the ranks of rich economies by filling factories with workers making products the world wanted to buy.

Boosting manufacturing to 25 per cent of GDP, a key metric for the programme, has proven elusive. The ratio rose to 17.4 per cent in 2020 compared with 15.3 per cent in 2000, according to data from McKinsey. Vietnam’s factory sector more than doubled its share of GDP during the same period.

India is positioning itself, and using its presidency of the G20 to do so, as a bridge between east and west, and north and south Kenneth Juster, former US ambassador to India

But as this year’s president of the Group of 20 nations, India has momentum. An external strategy built on multiple alliances and unapologetic self-interest has seen the nation boost purchases of Russian oil by 33 times, ignoring pressure from Washington. There are even some signs of pragmatism when it comes to the tense relationship with neighbouring China – more than a dozen of Apple’s Chinese suppliers are receiving initial clearance from New Delhi to expand operations, underpinning the tech giant’s efforts to divert production to India.

In a multipolar world, India’s embrace of a middle path has bolstered its image as a nation “with which everyone is interested in having a good relationship,” said Kenneth Juster, a former US ambassador to India.

“India is positioning itself, and using its presidency of the G20 to do so, as a bridge between east and west, and north and south,” he said. “A lot of companies feel that given its size, given its young population, given its inevitable force in international affairs, India is a place where they should be.”

In an August speech commemorating 75 years since India’s independence, Modi urged the nation to settle for nothing less than to “dominate the world.”

To meet his target, Modi will have to overcome the legacy of India’s early years as an independent nation, which included decades of squandered economic opportunity.

After Britain’s partition of the subcontinent in 1947 and the religious violence that followed, India turned inward. By the 1970s, much of the economy was nationalised and a formidable bureaucracy shut out the world. A labyrinthine system called the “License Raj” dictated everything from car models to what types of bread were allowed in stores.

In 1991, a balance of payments crisis forced change. Facing plunging foreign exchange reserves and pressure from the International Monetary Fund, then finance minister Manmohan Singh endorsed devaluing the rupee and opening up to foreign investment.

The reforms were a hard sell. But by the end of the decade, changes to India’s economic landscape were undeniable. GDP close to doubled. International brands from McDonald’s to Microsoft offered new choices. In the 2000s, India notched several years of growth near 8 per cent.

Among Modi and his Bharatiya Janata Party’s most heralded achievements has been forging a single economic zone from India’s overlapping federal and state taxes, perhaps the most consequential measure since 1991. Tax revenue collection hit a high last year, jumping 34 per cent from the previous year. The government will lay out its budget for the next financial year on February 1.

Streamlining India’s economy has “brought a lot more transparency in the system,” said Adar Poonawalla, the chief executive of the Serum Institute of India, one of the world’s largest vaccine manufacturers. “Look at collection now. The government is getting double or triple what they were getting in the previous regime.”

The reception was chillier for Modi’s 2016 ban on nearly all local-currency banknotes to fight corruption and tax avoidance. The shock announcement devastated Indians working for cash daily wages. And Modi struck another speed bump when he took his liberalisation campaign to the agricultural sector, which makes up about a fifth of the economy. Sweeping reforms were abandoned in 2021 after mass protests saw thousands of farmers camping on the outskirts of the capital for months.

Gurcharan Das, an author and former chief executive of Procter & Gamble India, said Modi still has much to prove if he wants to transform India in the way that Margaret Thatcher revolutionised Britain. Part of the challenge is that Indian voters – many of whom still live on less than a few dollars a day – gravitate to tangible political pledges like free electricity, rather than abstract policies to spur investment.

“In India, nobody has sold the reforms, so people believe they’ll make the rich richer and the poor poorer,” Das said.

But Sanjeev Sanyal, an economic adviser to Modi’s administration, projected confidence, characterising these issues as teething troubles that would afflict any young nation.

Boosting supply side productivity, enabling creative destruction and continuing to reduce absolute poverty are among India’s objectives for the next 25 years, he said. “We are finally getting rid of the bureaucratic shackles in our heads,” Sanyal said.

India’s population stood at 1.417 billion at the end of last year, according to estimates from the World Population Review, about 5 million more than China has reported. The United Nations expects India to reach the milestone later this year. Half of India’s people are under the age of 30, while China’s citizens are ageing rapidly, and its population shrank in 2022 for the first time since the final year of the Great Famine in the 1960s.

“If we do not take care of inequality, we can’t get very far with growth,” said Duvvuri Subbarao, a former governor of the Reserve Bank of India. Nowhere else is the super wealthy growing faster than in India, drawing comparisons to the heady times of America’s Gilded Age. Since 1995, the wealth gap between the top 1 per cent and bottom 50 per cent has soared about three times more than the equivalent metric for the US.

A new class of entrepreneurs is creating more unicorns – unlisted companies worth at least US$1 billion – than any other nation apart from the US and China. Their growing success is propelling property prices in Mumbai and Bangalore hotspots, while encouraging firms from UBS Group to Deutsche Bank to hire more private bankers. Yet by one estimate, female labour force participation fell to 9 per cent by 2022, in part because of the pandemic. Closing the gap between men and women – 58 percentage points – could expand India’s GDP by more than 30 per cent by 2050, an analysis from Bloomberg Economics found.

India’s large Muslim minority is also under-represented. Despite forming 14 per cent of the population, they’re estimated to hold about 7 per cent of public sector jobs. Government critics fear that India’s secular foundation, and the economic potential of some 300 million people among its religious minorities, are being undermined by hardline officials who’ve pushed for India to formally recast itself as a Hindu nation. Modi worked for years in a Hindu-right organisation before running for public office.

“A whole section of our people lives more and more in a kind of continuous insecurity,” said Harsh Mander, a social activist and founder of the Centre for Equity Studies, a research organisation in New Delhi. This dynamic, he said, “will be stifling for secure investment.”