When Meher Baba was holding a meeting with his followers from the East and the West (East-West gathering) in Pune in November 1962 to spread His message of Love and Truth, the situation was tense both in the East and in the West. The Cuban confrontation had brought the United States and the Soviet Union perilously close to war.   At the same time, war had broken out between India and China as the People’s Liberation Army, PLA marched across the eastern Himalayas taking Indian army by surprise. 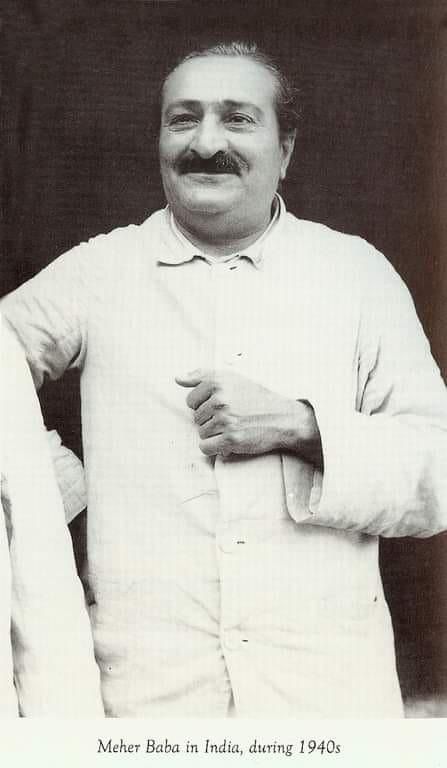 The tense world situation raised doubts as to whether the East -West gathering could be held. When asked what would happen, Meher Baba told His disciples that India would not be defeated because He, the Avatar, was in India, and that the Chinese would go back. Just as He said, the Chinese declared unilateral ceasefire, claiming that they had achieved their military objectives.  And quietly retreated back. On their part, the American and the Soviet leaderships ended their brinkmanship almost at the nick of time and averted full-scale war.

Thus, both the US and India, the countries singled out for special prominence in Avatar’s agenda, were simultaneously attacked on the eve of East-West gathering by forces of the Communist block representing the world of multiple separateness.  The long-delayed East-West gathering unfolded at its appointed time.

Meher Baba had held his largest public darshan on the 6th of June 1960 at Guruprasad (a mansion owned by the Baroda royal family) in Pune. Nearly 10,000 people from all walks of life had Meher Baba’s darshan and had his embrace.

Amongst the visitors was Neelam Sanjeev Reddy, president of India’s ruling party of the day, Indian National Congress.

Baba dictated the following message for him.

“It is better to deny God than to defy God. To prefer to be a lover of God and then to be dishonest with God, with the world and with oneself is unparalleled hypocrisy. Difficulties give us the opportunity to prove our greatness by overcoming them. A child’s trust in his mother is complete because he leaves all his worries to her. Likewise, if we   trust God and let Him worry for us, we live contented and happy. When the leader of a nation puts complete trust in God, God makes him the instrument to guide the nation.”

Some thirty years prior to the Pune event, Meher Baba told Gandhi that he held the key of the three worlds. The two met on the ship, Rajputana, sailing to London. Baba was on his first voyage to the West while Gandhi was going to attend a Round Table Conference the British colonial government had organised with Indian leaders.  Gandhi met Baba on the suggestion of the Mayor of Karachi, a fellow freedom fighter and follower of Meher Baba.

Gandhi managed to find out Baba’s cabin, and visited Him. Baba was observing silence for some six years by then and he was communicating with the help of an alphabet board. As His fingers moved on the alphabet, His secretary used to quickly read the message.

Baba told Gandhi, “I hold the key of the three worlds”.

Promptly the Mahatma asked: “Why don’t you give me the key of one gross world, because I want India to have Independence. Would you do something about it, Baba?”

Baba replied: “I will give Independence to India. But on one condition. When India gets Independence, you must give up all your politics and come and stay with me and do as I ask you to do. Do you agree to that?”

Gandhi promised he would do as directed. “Yes, I will do (come and stay with You) if India gets Independence.”

Well, sixteen years later in 1947, India became free. Baba sent out messages of reminder to Gandhi twice but there was no response. And a year after India’s independence Gandhi was assassinated.

Remarked Meher Baba, “If Gandhi had listened to me and came (to stay with me) his assassination would never have come about. He would have been saved.”

Interestingly, not much is in public domain about Meher Baba’s work for the uplift of the marginalised sections though they were considered as Harijans (children of God). His intervention proved beneficial to Harijans politically and socially.

In September 1932, Baba had sent his close disciple, Nilu to meet Babasaheb Ambedkar, who was championing the cause of untouchables. Ambedkar agreed to see Baba immediately.

Their meeting took place in Bombay (presently Mumbai) on the 12th of September.

At the outset Baba told Ambedkar clearly that he had nothing to do with politics. He also stated that he had done much to remove untouchability in Meherabad, where he lived with his disciples.

“My concern in the matter is purely from the spiritual point. I made the high-class Brahmins to live and eat in my Ashram with untouchables. Not only that I made my Brahmin disciples bath the untouchable boys”.

And went on to urge Ambedkar to accept joint electorate proposal as a part of new deal to the untouchables in the country.

“I would advise you, for reasons I am about to explain, to accept the joint electorate with reservation of seats, and other rights. I had a long meeting with Gandhi the day before his arrest. He asked me to tell you and other leaders of the depressed classes to accept joint electorates. He promised me, if you and the other leaders accept (the proposal), he would use his influence on all political leaders to ensure justice in the new arrangement. Therefore, join hands with Gandhi and go along with him for a joint electorate. He has already promised to do his utmost for their representation and rights in the new government. Gandhi is sincere and will keep his word, and his influence will carry weight with other classes. I will also internally help your fight for the depressed classes whose cause is always in my heart”.

Ambedkar responded, “I understand what you mean and would like to do as you say, but I alone cannot do it. I have to consult my colleagues in the Party, provincial and all-India level…”.

Baba remarked: “You can exercise your influence on them and I will help you internally”.

Subsequently, Ambedkar held discussions with his followers. All agreed to accept joint electorates with reservation of seats. Thus, a new chapter opened heralding an end to the endless sufferings of the untouchables.

An important phase of Meher Baba’s Avataric life was New Life, which he once described as ‘endless’.

This New Life, He said, would be kept alive (even after my physical death) by those who live the life of complete renunciation of false hood, lies, hatred, anger, greed and lust, and who, to accomplish all this, do no lustful actions, do no harm to any one, do no back hitting, do not seek material possessions or power, who accept no homage neither covet honour or shun disgrace, and fear no one and nothing, and who whole heartedly face all hardships.   Simply put New Life was a period of intense suffering of helplessness and hopelessness.

Why and how can He suffer when He is the Avatar and is, therefore, the ocean of power, knowledge and bliss?

“…. Like you, I have a body and mind and so I feel hunger and thirst, etc. But I also have universal body and universal mind and therefore your individual suffering is nothing compared to my eternal, universal suffering. Although I have infinite bliss and infinite power, I do not make use of them. I suffer physically and mentally.

“My physical suffering can be seen; my mental suffering is much more intense than the physical, and due to the anti-God element, that is at its height. I suffer spiritually because in you I see and feel myself bound by your ignorance; and so, I suffer infinitely. In no previous Avataric period have I disclosed these secrets, because the time was not ripe for it then”.

And added that he would be in charge of the universe as Nirakar for 100 years after He dropped His body.

Meher Baba dropped His body in January 1969. His divine plan to emancipate mankind is unfolding with every passing day. The calamities and pandemics like Covid-19 and consequent suffering in a state of helplessness are part of divine plan of Avatar Meher Baba.