Meher Baba, known as Silent Master, observed silence for 44-long years from the 10th of July in 1925 till he dropped his body on the afternoon of the 31 st day of the Year 1969.

His Avataric Mission, to quote Meher Baba himself, is “to sow the seed of love in your hearts so that, in spite of all superficial diversity which your life in illusion must experience and endure, the feeling of oneness, through love, is brought about amongst all the nations, creeds, sects and castes of the world”.

In this article to commemorate His Silence Day observed by his followers on 10th July, we like to familiarise the readers with the observations of Meher Baba on Truth and the quest to reach Truth.

While declaring at the outset that he had come not to teach but awaken, Meher Baba travelled extensively across the globe, interacted with seekers of all hues and offered insights into what is no more than modern and practical spirituality.

“Things that are Real are given and received in Silence,” says Meher Baba, who declares: “I am never silent. I speak eternally”. And remarks: “The voice that is heard deep within the soul is my voice — the voice of inspiration, of intuition, of guidance”. 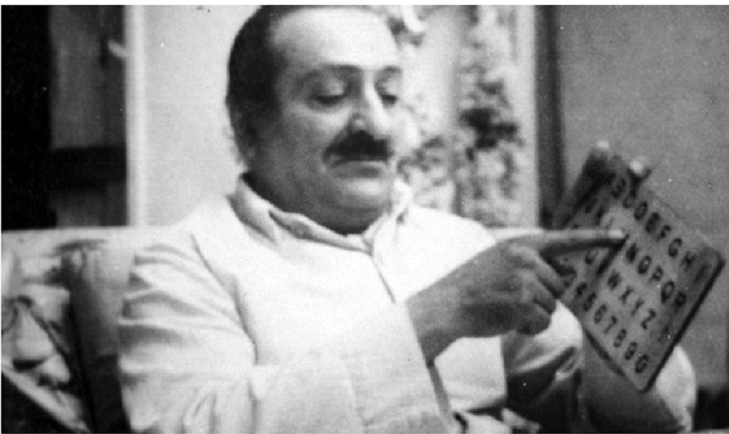 If you want to go to a distant place and have no intention of getting off in between you will naturally take the quickest train to that destination.

Gandhi, hailed as the Mahatma and revered in India as the Father of the Nation, also was a votary of silence.

He used to observe silence from time to time.

Because, experience taught him silence is a part of the spiritual discipline of a votary of truth.

Also, because he also felt that “all this talking can hardly be said to be of any benefit to the world. It is so much waste of time”.

During his time in South Africa, Gandhi visited Trappist Monastery, where most of the inmates were under a vow of silence. “I inquired of the Father the motive of it and he said the motive is apparent: ‘We are frail human beings. We do not know very often what we say. If we want to listen to the still small voice that is always speaking within us, it will not be heard if we continually speak.’ I understood that precious lesson. I know the secret of silence,” Gandhi said years later about his experience at the monastery.

Given this insight into wonders of silence, Gandhi became curious to know about Meher Baba’s silence, which was in its seventh year when they met on the ship, Rajputana. (Gandhi was on his way to London to attend a conference of Indian leaders with the British colonial masters while Meher Baba was on his maiden visit to the West, with London as his first port of call).

“I am wonder struck by your silence”, Gandhi told Baba. He had been keeping silence once a week by then but felt humbled in the Master’s presence. “How small is my silence before your silence”.

He was curious to know when Baba would break his silence. The Avatar’s reply was as enigmatic as it was always, and held out an undated invitation for that momentous occasion

He spoke on the same theme five years earlier as his followers from the East and West gathered to greet him at Guruprasad, the palace of the Baroda Queen, Shanta Devi, in Pune.  He described the gathering as the “coming together of the children of East and West in the house of their father”.

Pointing out all religions proclaim that God is the father of all in creation, Meher Baba said: “I am that father. I have come to remind all people that they should live on earth as the children of the one father until my grace awakens them to the realization that they are all one without a second, and that all divisions and conflicts and hatreds are but a shadow-play of their own ignorance”.

He went on to say: “Although all are my children, they ignore the simplicity and beauty of this truth by indulging in hatreds, conflicts and wars that divide them in enmity, instead of living as one family in their father’s house. Even amongst you who love me and accept me for what I am, there is some times lack of understanding of one another’s hearts.

Observing that he has “patiently suffered in silence” these frailties, Meher Baba told his followers “It is now time that they become aware of the presence of their Father in their midst and of their responsibility towards Him and themselves”, He reiterated “I shall break my silence and, with my word of words, arouse my children to realize in their lives, the indivisible existence which is God”.

And delivered an interesting advice. “Shut the ears of your minds and open the ears of your hearts and hear my word when I utter. Do not seek my blessings which is always with you, but long for the day when my grace will descend on all who love me. Most blessed are they who do not even long for my grace, but simply seek to do my will”.

In short, he expected the seekers to ‘let their ignorance be reduced to ashes by the burning flame of my love”, and “come together in order to be worthy of participating in my Task”

Special Train of The Master 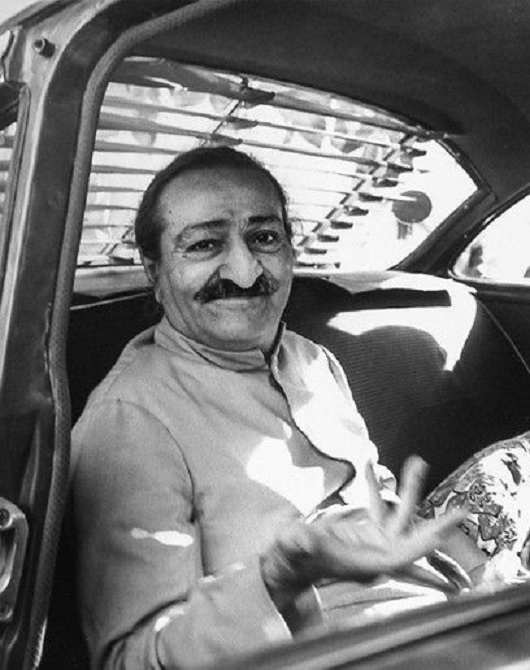 Meher Baba compares rites and rituals to attain God with travel on a freight train, which gets detained en route at various station as precedence is given to passenger traffic.

Those who sincerely take name of God   – any name – with devotion and dedicate their life to the service of humanity are on an ordinary train, which invariably stops at every station.

An interesting, indeed puzzling aspect of spiritual quest with Meher Baba is his frank statement about his demand in his capacity as the Highest of the High.

“….my role demands that I strip you of all your possessions and wants, consume all your desires and make you desireless rather than satisfy your desires. Sadhus, saints, yogis and walis can give you what you want, but I take away your wants and free you from attachments; and liberate you from the bondage of ignorance….”.

He elaborated a little more thus:

“I am the one to take, not the one to give what you want or as you want”.

Turning to the phenomenon of birth and death, Meher Baba offered an interesting take.

“You are first a child, then you grow old and drop the body, but you never die, and never were born.

“In the east, Vedantis believe in reincarnation, in innumerable births and deaths until one attains God-hood.

“The Muslims believe in one birth and one death only.

“The Christians and Zoroastrians also hold the same belief.

“But Jesus, Buddha, Mohammad and Zoroaster meant what I mean by real birth and real death.

“I say you are born once and die once.

“All the so-called births and deaths are only sleep and waking.

“The difference between sleep and death is that when you sleep you awake and find yourself in the same body; but after death you awake in a different body. You never die. Only the blessed ones die and become one with God.”

What about the spiritual masters? 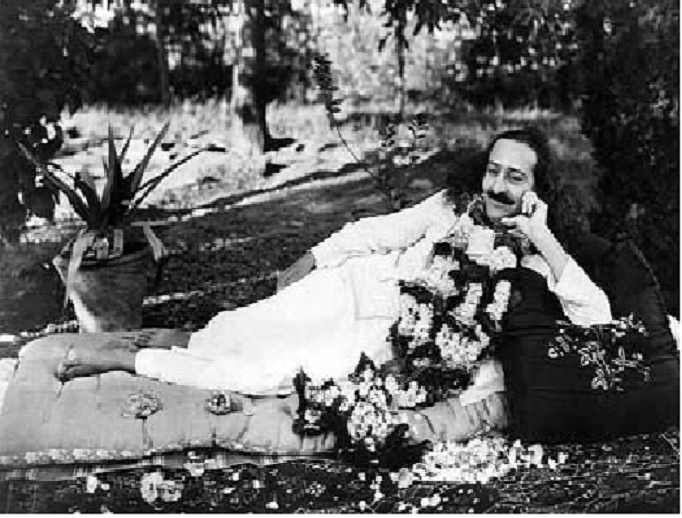 “It is normal with spiritual masters after they drop their body, that their power remains at their tomb, but although their power is there, they do not have the authority to use that power, they only have that authority during their physical life time. In the case of the Avatar, however, this is not so and he is unique in this regard, God always has absolute power and also the authority to use it, whether he is in the body or not,” according to Meher Baba.

Meher Baba often spoke about Maya and the need for seekers to duck its influence with prayer on lips and faith in the Almighty in the heart. Maya took delight in of creating “obstacles in the Avataric mission” of Meher Baba, as he himself noted.

Once in 1938, Baba had planned to go on tour by bus with his women disciples. The departure was set for 8th December. Just on the eve of this month-long journey, a woman disciple suffered burn injuries as the hem of her saree caught fire. The burns turned septic, and the doctor attending on her ruled out her joining of the bus trip.  Baba saw the hand of Maya.   And asserted thus: “Maya must not be allowed to put obstructions”. He declared: “All of us must start together”.

Elaborating on Maya, Baba went on to say:

“My silence is a big threat to Maya. So, she plays her games to lure us away from silence or to frustrate our efforts”.

He did not want even a trace of Maya casting its shadow on His intense internal work.

“The greater the opposition of Maya, the greater is the force to my work” said Baba more than once

Now a nugget about Maya from Meher Baba life.

Baba was in strict seclusion at Meherazad (near Ahmednagar, Maharashtra) in June 1949. Only few of his close disciples (mandali) were allowed to be around.

One of them, Kaka Baria, was authorised to interact with Baba.

A mini -bus, known in Baba circles as blue bus, used for nation-wide travel, was modified to become a secluded place for Baba.    On the very first night, Baba was disturbed by berries from a nearby neem tree falling on the roof.  Kaka Baria swung into action to create the zone of external silence that Baba needed for his work.

Another time, while in Bangalore, Meher Baba threw some light on his equation with Maya., He said he had activated Maya as “machine” for a definite purpose. “I permit humanity to have a thousand and one experiences by passing through various acts. Maya will never be quiet. So, she has to play her role of winning us away from God”.

His advice to his followers and seekers: “The time is fast approaching and there will be many changes. All over the world there will be earth quakes, floods, famine and new diseases.  Do your duties but don’t feel worried? Why worry about future?”

He asked seekers to remain 100 per cent honest.

“Do the best you can and forget about everything. Keep happy. That is your duty. Be resigned to my will”.

This is practical spirituality that was perfect as much on the day it was delivered as it is now when Covid-19 virus is sweeping the globe.