The PML-N-led coalition government in Pakistan appears unwilling to take the blame for any unpopular decisions it may have to take to fix the economy, and wants guaranteed backing of the powerful military establishment to help it see through the remaining period of its tenure till August next year, reports say. 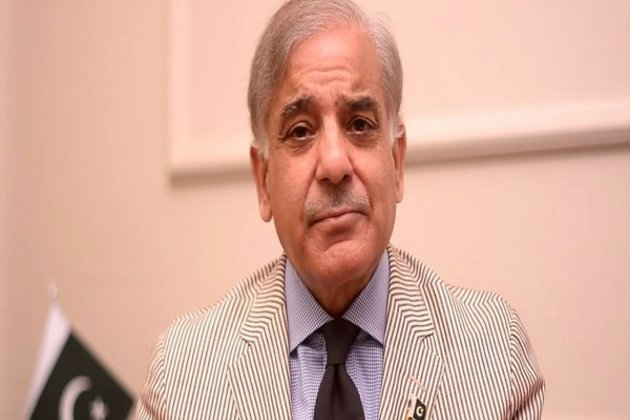 The coalition, despite pressure from within its ranks to clear the air about the possibility of early polls or taking unpopular decisions, is looking to the powers-that-be to make their position clear in this respect. With each passing day, the government’s indecisiveness is taking a toll on the already tanking economy, as well as governance, said a front page report in Dawn, a leading English daily published from Karachi.

The report went on to say: The current rulers appear reluctant to take up a ‘perceived offer’ from the establishment to enter into a bailout deal with the IMF, present the federal budget next month and immediately announce the date for polls (probably Oct-Nov). This is a sticking point at the moment, says a source with knowledge of the government’s backdoor parleys with the establishment. The coalition parties are of the view that taking difficult decisions on the economic front for a short term will cost them dearly if elections are held early.

The recent court decisions on defection of lawmakers and perceived interference in the prosecution of high-profile cases, which have been welcomed by the PTI, have been interpreted by some political observers as a ‘message’ to the incumbent rulers that they cannot stretch their rule for 15 months.

Interior Minister Rana Sanaullah has come out in the open about the problems plaguing the ruling coalition. “So far, all allied parties have agreed on completion of the 15-month term. The problem is that if the IMF agrees, the economy can be revived. But raising petroleum prices is not acceptable to us. If the government has the support from ‘all sides’ then we can steer the country out of the crises. But if our hands are tied then we may take our allies into confidence and go to the masses,” Mr Sanaullah said, according to the report.

On the other hand, Prime Minister Shehbaz Sharif, who otherwise had a reputation of being an efficient administrator, so far could not make his presence felt, especially in key decision-making, as his role seems to have been reduced to an ‘interlocutor’ among his elder brother Nawaz Sharif, the establishment and the coalition partners — the PPP and JUI-F in particular.

Besides, PM Sharif, who looked very enthusiastic during the first couple of weeks after assuming charge, now seems to have lost the steam and is finding it hard to negotiate the difficult position his so-called government finds itself in today.

This quagmire has forced the ‘architect’ of the ruling coalition, PPP co-chairman Asif Ali Zardari, to once again reach out to the heads of all allied parties to come up with a fresh strategy. On Saturday, he called on Shehbaz Sharif and discussed the challenges in detail.

The meeting also assumed importance as Mr Zardari flew in to Lahore from Islamabad in the backdrop of the arrest of former federal minister Shireen Mazari of the Pakistan Tehreek-i-Insaf in which Punjab Chief Minister Hamza Shehbaz claims to have “no hand”, and denial of relief to PM Shehbaz from a special court in a money laundering case that declined to confirm his bail.

A brief statement issued by the PML-N after the over 90-minute meeting in Model Town here said: “The meeting discussed the current situation, especially the economy, in the country. The coalition partners expressed their complete confidence in the leadership of the premier and praised the incumbent government for its steps for the welfare of the people.”

The fast-changing political scenario, followed by ousted premier Imran Khan’s pressure through massive rallies and an impending long march on the capital, has forced the main players of the coalition to review the strategy they formed before toppling the PTI government early last month. The coalition believes it can handle the PTI march if other things are sorted out with the establishment. Interior Minister Sanaullah has expressed his wish to arrest Mr Khan provided he gets the ‘go-ahead’, as he thinks even one day in prison would make the ousted premier forget politics.

Mr Zardari also recently reached out to Maulana Fazl and PML-Q chief Chaudhry Shujaat Hussain for a ‘piece of advice’ to negotiate the challenges. Former federal minister Moonis Elahi of the PML-Q had recently claimed that two MNAs of his party — Salik Hussain and Tariq Bashir Cheema — who are now members of the Shehbaz cabinet would quit the government, leaving the coalition short of the required 172 MNAs in the National Assembly. In this backdrop, Zardari also requested Shujaat to make sure the lawmakers did not ditch them.

Former federal minister Sheikh Rashid on Saturday claimed the PPP co-chairman had now shown flexibility regarding early elections because of the recent political developments. “There are two groups in the PML-N over polls. At the end of the day, the government will have to concede to Imran Khan’s demand for early election as he is not ready to budge, come what may,” Mr Rashid said.

The Nawaz-camp of the PML-N has already endorsed Mr Khan’s demand, saying it would not be wise for the Shehbaz-led coalition to burden the masses with further price hike and inflation because of the devastating policies of the previous PTI regime.

PML-N vice president Maryam Nawaz also voiced her father’s views on it, saying “Nawaz Sharif is ready to say goodbye to the government, but not pass on the economic burden to the people of Pakistan, as there is no point in carrying the weight of the blunders of Imran Khan. It’s better to go to the masses to seek a fresh mandate.”

A source in the PPP told Dawn that the coalition government was likely to take a decision about whether to stay in government or go for fresh polls after its final ‘backdoor talks’ with the establishment next week. “If things don’t work out, we will immediately rush for electoral and accountability reforms and announce the date for elections.”