Project Back To Mahabharata With Khattar

Home » News » Project Back To Mahabharata With Khattar 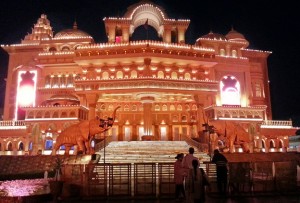 There is no dispute that the state of Haryana, established only about four decades ago when Punjab was trifurcated, is deeply associated with the Mahabharata. The battlefield of Kurukshetra in the heart of Haryana can be called the centre piece of the epic. There are many other small towns in the state which have varied claims as contributors to India’s ‘glorious past’ and, hence, deserve to be known to the world, preferably after they have been renamed.

Thankfully, the chief minister, Manohar Lal Khattar, has taken upon himself the onerous task of lifting the undeserving anonymity of these historic towns. The matter is so urgent that it did not require any ‘referendum’ after the private secretary of the chief minister had briefed his boss about the urgency to rename Gurgaon. Before he took up an official job, the PS was a local politician, which entitles him to claim that he spoke on behalf of the local people.

Khattar is eminently suited to bring back the days when people were free of any guile and followed the dietary diktats of religion. Among his first acts as chief minister was banning cow slaughter and consumption of beef. Those who loved their beef stakes were rightly advised not to step into the sacred territory of Haryana where they could risk their life and limb.

Khattar, the shrewd politician that he is, also choose the right time for detaching Gurgaon from the tyranny of its name. For the first time in the history of this ancient land the country is under the rule of those who are committed to the restoration of the ‘Ram Rajya’. A union minister has actually informed us that after centuries India is being ruled by a true Hindu. It is not our present masters’ fault if some people refuse to see that implementing ‘cultural’ agenda must take precedence over ‘development’, a dubious Congress-Leftist concept.

Under Khattar’s ‘Back to Mahabharata’ project, Gurgaon, a little known neighbour of Delhi till big multi-nationals started to rush in because there was no space in Delhi, has been renamed Gurugram. Sure there are critics but they could never see that it was a name that was never in sync with ‘Indian culture’. It was a great felony to describe Gurgaon as the ‘Millennium City’, which reflects an elitist Western influence. Swanky office and residential complexes that now occupy the once barren lands of about 50 villages spread below the ravaged Aravali hills can please only the beef eaters who are hypocritical enough to flaunt ‘exotic’ addresses which look so incongruous in the near total absence of civic amenities. And the denizens of the ‘exotica’ think they live in down town Manhattan.

The name, Gurugram, denotes that during the days of yore Gurgaon was the ‘gram’ (literally, a village) of an ancient Guru (teacher). The Guru in question is Dronacharya. According to one’s incomplete knowledge (an honest confession) of the epics, Dronacharya was famous as a teacher of archery who asked a disciple of lower caste to cut his thumb so that he did not score over his favourite disciple from a higher caste. Sceptics might find it ironic that an ancient Guru was being honoured at a time when all parties were vying with each other in claiming ownership of Bhimrao Ambedkar, hailing him as India’s greatest son.

Some unrelated issues have been brought in by critics, like the fact that Gurgaon is India’s third richest city and that it has attracted over 250 of the world’s best 500 companies. So what if the rechristening makes the residents spend money on bringing about the changes necessary after their city officially becomes Gurugram? It is a ‘non-issue’ like ‘Ghar Wapsi’ or the calls to a section of Indians to pack their bags for Pakistan. Nobody will run away from a city because it has acquired a rather ‘rustic’ name!

Khattar need not waste his time on another ‘non-issues’ raised by residents who say that the more important issue for the city is to transform the primitive state of the civic services. This is the kind of argument you can expect from citizens who, by training and upbringing, have been closer to the ‘decadent’ culture and ways of the West than their own ‘cultural heritage’.

They shame this sacred land called Bharatvarsha. Oh, yes. No time should be lost in renaming India as Bharatvarsha. Khattar can provide the lead and be remembered with gratitude by the future generations.

That will blunt the criticism that Khattar has not been able to show himself as a competent chief minister. He has fended off the criticism of his handling of the violent agitation over reservations for the Jats by blaming the previous Congress government. It was the Congress that had forced his party’s hands to promise reservations to the Jats in its election manifesto. 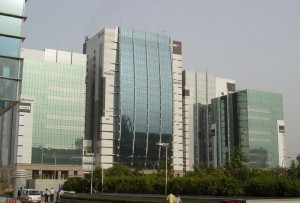 Apart from renaming of the country, a long list of towns and cities across India that is Bharat is awaiting change in name. We need not put up with the shame of commemorating the period of foreign rule by retaining the ‘foreign’ names. It is only because of the ‘tolerance’ of the ‘patriotic’ Indians that these names have not been erased even after Independence. The process of the country’s pride has to be hastened and the lead could come from Manohar Lal Khattar.

So, after Haryana where could he start? The choice is big. It hangs every ‘patriotic’ Indian’s head in shame that they have to live in towns that are still called by ‘un-Indian’ names like Hyderabad, Aurangabad, Nizamabad, Osmanabad, Adilabad, Ahmednagar, Allahabad, Ahmedabad and so on.

Ahmedabad could be an ideal choice for Khattar after he has revived the pride of Gurgaon, sorry Gurugram. Ahmedabad is the city of the ‘Hindu Hridya Samrat’ who now rules the country. His party has long been demanding that Ahmedabad be renamed as Karnavati. That even a leader as fearless as Narendra Modi was not able to change the name of his home town is understandable. Modi is not so naïve as to give another handle to his critics from 2002 when the city saw an unprecedented ‘reaction’ from the majority community against the ‘action’ of the minority community. Khattar has only to bother about a smaller though recent matter for which the blame has already placed on his rivals. Onward with Khattar!