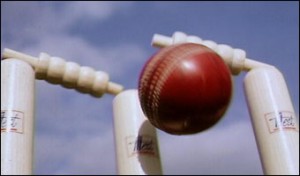 New Delhi (Syndicate Features): The orthodox lovers of sport in general and cricket in particular all over the world, brought up in the belief that cricket is a ‘gentlemen’s game’, have reasons to feel greatly disturbed by the ‘spot fixing’ scandals that have hit the Pakistani cricket team touring England. The Pakistani players might have come under cloud after the sting operation by a British tabloid but it cannot be believed that players from other lands, India included, are as a rule above suspicion when it comes to ugly clandestine dealings in the game.

In India a sense of disquiet already exists because of the amount of ‘politics’ that has infected the administration of almost all games. There is less of professionalism and more of vested interest in these bodies as influential men and women, mostly politicians, jockey for power and absolute control of various sport organisations. They have little time to attend to ‘minor’ matters, such as running the sport under their charge more efficiently and cleanly.

Pakistanis, or at least the Pakistani cricket lovers, have been equally, if not more, unfortunate in having their cricket administration dominated by inept and inefficient men who had little time to worry about the good of the game. Like their Indian counterparts, the Pakistani cricket administrators would take action against egregious cricketers found involved in any wrong-doing, including match-fixing. But where they differed significantly from their Indian counterpart was that while the Indian player could expect a punishment that would ground his playing career, the Pakistani player would more often than not be sure to come back into the national time after a brief interval for penance.

Various theories have been floated as to why the talented Pak players fall easy prey to the bookies—Indian bookies, if you please—and other vices. One belief is that the Pakistani player can never expect to receive the kind of money his Indian counterpart does as his legitimate playing fee because apparently there is much more money in India than in Pakistan. Plus, India offers to the players plenty of other lucrative but legitimate means of earning money—modelling and endorsements, to quote a couple of examples.

This is at best only a half explanation. The biggest reason why a cricket or any other player falls into a gambler’s lap—trap?–is not just his personal greed but a conviction that no crippling punishment awaits him from the hands of the administrators or the court of law. In the latest instance when the whole world believes that at least prima facie three or four Pakistanis have been guilty of a misconduct by accepting huge sums from a punter for ‘spot fixing’, the Pakistani cricket administrations as well as the official machinery of the country has been in overdrive pointing fingers at India.

The domestic audience in Pakistan might be pleased to hear the anti-India diatribe but the rest of the world is likely to be baffled and find it diversionary. Pakistan does not exactly enjoy a very healthy reputation internationally at the moment and acting or talking irrationally and peevishly will not help it.

The concern of all cricket lovers, Indians, Pakistanis and the rest of the world, should be to find ways to salvage the reputation of the ‘gentlemen’s’ sport. Many commentators have started foreseeing the end of the cricket craze in the sub-continent. If that becomes true, cricket will suffer elsewhere also. And at a time when efforts are being made to make the game popular in territories where cricket is virtually an unknown sport.

The sad truth is that cricket ceased to be a game of gentlemen quite some time ago with the introduction of limited over matches which generated more greed than competitive spirit among players who gave up their traditional attire of white flannels to don colourful ‘pyjamas’ and shirts. They played with the white ball instead of the ‘red cherry’ under floodlights and in temperatures of over 35- degree Celsius, often hovering round 40-degree Celsius, rather than in cooler climes. The relentless Indian summer—not to speak of the ‘Delhi belly’ and similar complaints– was no more a factor for the players from cooler climes, who found the rustle of crisp notes more comforting that the balmy British summer or mild Indian winter.

Cricket bodies in these parts tend to be run shoddily. The players and the administrators are constantly distracted by money. Big money! The ugly side of Indian cricket administration is being slowly unravelled in the current spat between Lalit Modi, the one-time Czar of the Indian Premier League, and the Board of Control for Cricket in India.

The injection of loads of cash into cricket meant that lads who were struggling to find a durable place in their national teams could expect a windfall by playing just a season or two. An irresistible temptation for those on the threshold of a new life. It pushes out the ‘old fashioned’ pride of representing the country.

The vulnerable young players discover fast that some off-field activities yield a lot of money. All it requires is make friends with the bookies and then take instructions from them. For the bookies and gamblers, the huge popularity of cricket in the over-populated sub-continent (nearly 1.5 billion) presents unprecedented opportunities to make colossal profits.

The bookies have to pay only a fraction of what they earn to win over certain players; the latter are pleased to discover an easy means of getting rich quick. The conscience is not pricked by ‘dated’ notions like ‘playing and winning for the pride of the country’ after it is mortgaged with the punters. If the scandal that has hit the Pakistani cricket team has shaken not just Pakistan but the whole cricketing world then it is clear that vigilance has to reach a level where it will be more difficult to keep under wraps the future match-fixing activities of the player-bookie combine.

The business of match-fixing may not shut totally in the near future. Fixing the outcome of a match is not the only way the bookies earn their money. ‘Spot’ fixing reduces the chances of deduction. It keeps the cricket gamblers and bookies out of the reach of the law. After all, how does one know for sure that the bowler had bowled in a particular fashion on instructions from a bookie? Neither can one be ever sure that the fielder had dropped a particular catch deliberately.

It may be too late now to restore fully the leisurely charms of the old style of cricket. But the game has to be pulled out of the dark alley of vile men who have been able to convert many a cricketer into a mercenary who plays only for cash. Something has to be done for the sake of millions of fans who want to see a clean and spirited competition between bat and bowl, not a rigged match. (Syndicate Features)