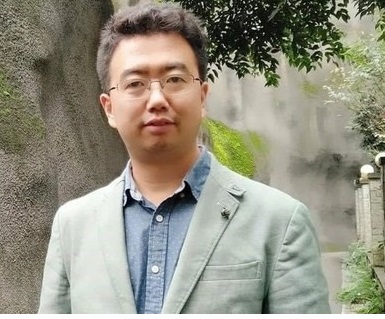 Chinese rights lawyer Chang Weiping, accused of “inciting subversion of state power,” was tried in Shaanxi on July 26. The sentence is to be announced later.

On the way to the court, his family members were stopped by the public security and special police on the grounds of epidemic prevention, and the two sides confronted each other at the entrance of the highway for 20 hours.

The lawyer surnamed Zhao was tight-lipped when he was interviewed. He merely said: “It’s not convenient to accept an interview, I’m sorry.Please pay attention to the dynamics and microblogs of some friends in China. ”

Shee said “throughout the whole process, Chang Weiping considered himself innocent. The verdict was not pronounced in court. There is no specifics on when the verdict will be pronounced”.

It is understood that the court held a five-day pre-trial conference from July 11. This made Chen Zijuan convinced that the trial on the 26th was just a “formality”.

Chang Weiping participated in the “Xiamen Gathering” initiated by activists at the end of 2019, was subsequently cancelled from his lawyer’s license, and was arrested by the Baoji Municipal Public Security Bureau in April 2021.

Chen Zijuan said the two lawyers signed a confidentiality agreement under intense pressure from the authorities.

Chen Zijuan: “Before the pre-trial meeting, the Justice Bureau greeted the lawyer’s law firm and asked the lawyer to handle the case according to law, so the pressure on the lawyer was very high. Lawyers cannot disclose the contents of the reading file, including telling the family that the procuratorate submitted to the court the so-called evidence of Chang Weiping’s crime. The current rule is that lawyers can only see, cannot copy, and cannot disclose”.

Although the trial was closed to the public, Chen Zijuan still took her family to Feng County to show her husband’s support. She said that her family’s premises in Dongguan, Guangdong Province, are not high-risk areas in the new crown virus epidemic, and she has consulted the epidemic prevention department of Baoji City before leaving, and the other party replied that it can pass normally, but on the afternoon of July 25, as soon as her car left the highway intersection in Fengxian County, she encountered public security vehicles and stopped them, marked with public security and special police vehicles to surround them.

Chen Zijuan said: “Since 5:30 p.m. yesterday (Monday), the car of the SWAT and the police has been surrounding my car. They kept threatening to isolate me. They said I could go back to Baoji, but I couldn’t go to Fengxian County. I told them that I would not go back to Baoji, I was going to Feng County. I just kept going in the car without getting down”.

For the next 20 hours, Chen Zijuan and her mother and son did not get out of the car, or even go to the bathroom.

Chen Zijuan went on to say: “We resolved it in the car, because we didn’t dare to go down. They were very fierce, knocking on the window of the car, letting me down, saying that I violated the epidemic prevention regulations to isolate me, and had been deadlocked at the exit of the highway. I didn’t force my car to crash with them either, because it just gave them an excuse to take me away.”

“Your pre-trial meetings were held for five days, but the trial was only half a day. Since the trial is closed to the public, why should there be a pre-trial conference? The court seemed to fully demonstrate that it was illegal, ‘I wanted to let the outside world see that I was illegally operating'”, she said.

She accused Shaanxi authorities of controlling Chen Zijuan and three others for 20 hours on the grounds of “epidemic prevention,” arguing that it was not only illegal but also inhumane.

Many lawyers and dissidents were implicated in that Xiamen meeting. Xu and Ding, two of China’s most prominent civil rights activists, are awaiting verdicts after being tried for subversion of state power over the gathering.

According to a blog written by Chen, her husband had been detained incommunicado in a hostel in Baoji for five months up to April last year, where she alleges he endured abusive treatment including being confined to an interrogation chair, subjected to round-the-clock interrogation and denied food.