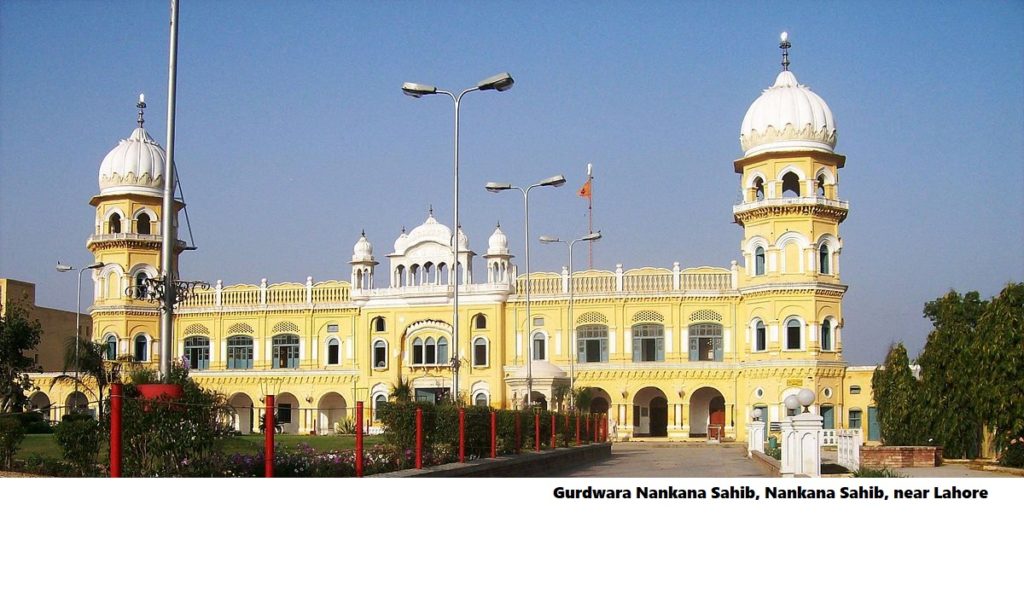 Three months ago, the Indian Army Chief, General Bipin Rawat, had spoken about Khalistani elements trying to raise their head in Punjab. “Though Punjab has been peaceful for years now, there are external outfits and operatives who are trying to stoke the fire of militancy once again in the state” he said. Punjab shares border with Pakistan, and Khalistanis created mayhem in the state during mid-eighties. The General’s caution should not be taken lightly. It is because as many as 18 Khalistani terror modules had been busted in Punjab during the last two years. And last month, Parliament was told that “inputs” with the government “indicate that operatives of Pakistan espionage agency, ISI, are making efforts towards moral and financial support to pro-Khalistani elements for anti-India activities.”

The message is clear. India in general, and Punjab in particular, must step up vigil once again and thwart the plans of the extremists. More so since a person nabbed at Patiala last November had confessed to his links with an ISI sleuth and running the campaign for “Sikhs for Justice Referendum -2020”.

The Indian government has since banned the Khalistan Liberation Force (KLF). It propagates independent Khalistan. Intelligence agencies aver that KLF is trying to revive militancy with financial and logistic support from Khalistani protagonists sitting abroad. Babbar Khalsa International (BKI), Khalistan Commando Force (KCF), Khalistan Zindabad Force (KZF), International Sikh Youth Federation (ISYF) and all their manifestations have also been banned in Punjab as these outfits are found engaged in inciting violence and in creating disturbances. India is not alone in coming down with a heavy hand on the Khalistani campaigners. U.K., USA, Canada and several European countries have also banned these organisations.

Khalistani movement was at its peak in Punjab during the 1980s and early 1990s; not any longer following police and military operations. Punjab is largely the home for Indian Sikhs. They have been living in harmony with the Hindus and both are the proud owners of common language, culture, beliefs, rituals, festivals and social linkages. There is no threat to this harmony but the recent activities of secessionist groups based in the United States, Canada and the United Kingdom indicate that the Khalistanis are again at their old game of inciting violence in Punjab. A US based group, styling itself as ‘Sikhs for Justice’ is working on “Referendum 2020” in association with radical Sikh organizations based in Canada and Britain.

What is Referendum 2020? Shorn of religious lingo and legalese, it is a campaign, to build consensus among the Sikhs across the world in favour of forming a separate sovereign country, Khalistan with its boundaries extending to the present state of Punjab in the Indian Union. These groups are spreading their message through the Gurudwaras on either side of the Atlantic. A rally was staged at the Trafalgar Square last August to enlist the support of Sikh community in Great Britain.

Like in the eighties, now also, Pakistan is aiding and abetting the Khalistanis. This is clear from its decision to allow radical Sikh groups to open “Referendum 2020” office in Lahore. Posters and banners in support of the “Referendum” are on display at Gurdwara Nankana Sahib, which is regularly visited by Sikh pilgrims from India and abroad. The Gurdwara is named after the first Guru of the Sikhs, Guru Nanak Dev ji; he was born in this city about 90 km west of Lahore; and it is from here, Nankana Sahib, that Guru Nanak started his ministry. So the place and the Gurdwara are of high historic and religious significance. And Pakistan allowing the display of Khalistani propaganda material sends a sinister signal.

Sikh pilgrims returning from a visit to Gurdwara Nankana Sahib say that Pakistan and its Khalistani guests are working overtime to tap into Guru Nanak’s 550th birth anniversary to be observed later this year. Indications are that success may allude them. Despite their extensive use of social media these radical outfits have not been able to make any perceptible dent on social harmony in Punjab. People across the state, both in urban and rural areas are in no mood to let the return of turmoil and hardship they had faced during 1980s and 1990s. More over the earlier crusaders of Khalistan have either been wiped out by security forces or those surviving like Simranjit Singh Mann have faded out. This does not mean that the Khalistan issue is dead. It will not die as long as foreign based elements keep trying to create new modules and sleeper cells in Punjab in conspiracy with the Inter-Services Intelligence, ISI, and are pumping in funds to revive militancy in the state,

There is no denying that the demand for an independent Khalistan can be traced to domestic politics that revolved round call for more autonomy for the province of Punjab and for the merger of Punjabi speaking areas in the adjoining Himachal Pradesh, Haryana and Rajasthan with Punjab. Some radical Sikhs residing abroad tried to cash in on the demand and declared the formation of Republic of Khalistan in 1980s. And unleashed a saga of violence and killings in Punjab. Operation Blue Star sealed their fate in June 1984 and to clearing the holy Harmandir Sahib complex, Amritsar.

Well, the scars of Blue Star operation and its aftermath are still fresh in the minds of the Sikhs living in Punjab and elsewhere in India. Punjabis, both Sikhs and Hindus are now wary of the dreaded events of 1984 and want to live in peace and harmony.

Khalistani protagonists and their ISI handlers are finding no traction, therefore, to pump prime the Khalistani flame. Not only amongst the Sikhs in India but also amongst the Sikh Diaspora. Sikhs who have left their homes in Punjab and moved to the West, have worked hard to establish themselves professionally, economically and socially. Trouble free life is what they want. Right side of the law is where they want to live. Will they come back to Punjab? No, never going by the trend of migration to the West by means fair and foul. West. Well, Bad news for the present day Khalistani campaigners and their ISI masters! And their designs to stoke fire of separatism in Punjab will remain a pipe-dream.(Syndicate Features)

* the author is a South Asia specialist