South Korea is gearing up to reduce trade dependence on China and build up new supply chain alliances to meet the post-Covid challenges.

The pandemic restrictions and protocols in China have disrupted the supply chain which is mostly China based. 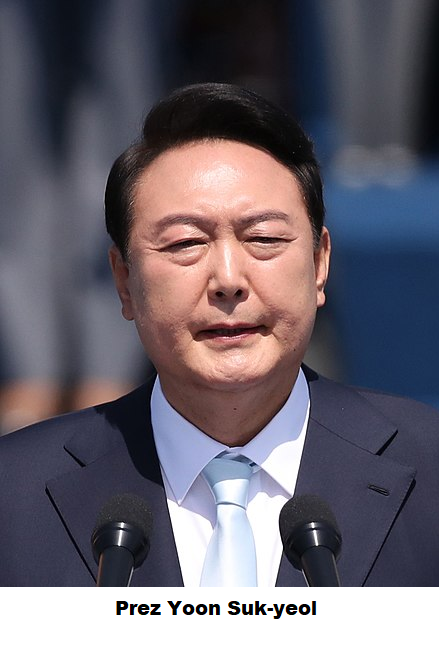 Under President Yoon Suk-yeol’s new conservative administration – which is seen as more hawkish towards China, South Korea is looking to forge closer ties with a range of economies in the Indo-Pacific, the Star reported.

Hence the new urge to diversify imports, and create supply chain alliances, a high-level presidential aide was quoted as saying in local dispatches.

“The government will manage the supply chain, which is core to the idea of economic security,” according to the report

Securing supply chains for critical goods and materials has emerged as a priority for many countries following the coronavirus pandemic and amid heightened tensions between China and the United States. But data shows South Korea has a long way to go, added the report in The Star.

South Korea’s imports from China are laargely electrical and electronic equipment including unfinished semiconductors. Semi-finished chips worth US$17.93 billion were imported in 2020, accounting 39.5 per cent of the total value of imported semiconductors. Media rports add that South Korea relies on China for rare earths – a key component for electric vehicle batteries, of which Korea is a top five global producer.

Some other countries, notably, Germany, Japan, India and the US are also seeking to reduce their dependence on the Chinese supply chain particularly rare earth imports

South Korea is said to be planning to join the 11-nation Comprehensive and Progressive Agreement for Trans-Pacific Partnership (CPTPP), whose signatories span economies in North and South America, as well as countries in the Asia-Pacific.

The Brookings Institution estimates that South Korea could gain US$86 billion annually by joining the trade bloc, as it would boost the country’s role “in Asian and North American supply chains by lowering tariffs and non-tariff barriers with economies such as Japan, Malaysia, Mexico and Vietnam”.

South Korea will also become a member of the Regional Comprehensive Economic Partnership (RCEP), which is the world’s largest trade bloc, with 15 Asen and non-Asean nations. (SAT)