Till about the middle of last month, media reports were painting a rosy picture of Rishi Sunak, a 42-year-old British Indian born to immigrant Punjabi Hindu parents, standing a good chance of becoming Britain’s first ever prime minister of Indian origin. Among the scores of Conservative party hopefuls, he was listed as the most favourite among the Tory MPs for the post of prime minister of the United Kingdom, world’s fifth largest economy.

But when the choice narrowed down to just two—Sunak and foreign minister Liz Truss—he began to be rated below Truss. Although the Conservative party members will be voting for the PM only on September 2 and results are expected on September 5, it looks  certain that the Liz Truss will be succeeding the controversial Boris Johnson.

The candidacy of Sunak has generated a lot of interest in India. It is no doubt based on his being a Hindu and the fact that he does have links with India. But those considerations are fallacious. Even if Sunak becomes the next British PM it will surely not help India in any manner. He will be a British PM, a PM of all the people living in Great Britain.

It is unimaginable that any British Prime Minister will allow the status of citizens to be determined by their religion.  It will be foolish to imagine, as some in India may have, that Sunak’s Indian heritage will urge him to be more attentive to India’s interest than any other previous PMs.

While previously, most of the reports were portraying Sunak as politically smarter than all his rivals, there has been a spate of critical views on him in recent days. One Conservative Party member, Nadine Dorries, implied that Sunak was a modern-day Brutus who had ‘stabbed’ Caesar Boris Johnson.

Many Tories were ‘appalled’, one calling it ‘distasteful’. Some observed a racial streak in this comparison. Whether any racial consideration will decide who will be the next occupant of Number 10 Downing Street may be hard to say. But it does seem more likely that in the end the right-wing Conservative Party will not opt for Sunak and, instead, prefer to see a ‘native’ Caucasian of British descent as the next PM.

Nadine Dorries had clashed with a former Conservative PM, David Cameron and another minister, George Osborne, describing both of them as ‘two arrogant posh boys’. She had once invited suspension from the party for taking part in a reality TV show, ‘I’m a Celebrity’, without obtaining permission from the party. Perhaps there is a streak of odd behaviour in her but her views on Sunak as the ‘back stabber’ of Johnson are shared by many others who do not back him.

What one gathers about the current ruling party in Britain is that its membership is dominated by the conservative and generally affluent classes and at crunch time they can be expected to place more trust in ‘one of us’ than a coloured man who follows a foreign–and in the opinion of many Britons–a Quixotic religion.

Sunak had taken oath as an MP in the name of the Gita. He likes to light an oil lamp on Diwali which does not go down well with many in the country. He has openly declared that he is proud of his parentage as well as his billionaire in-laws, the Murtys who founded Infosys.

One thing that, however, does surprise is that many in the Conservative Party have criticised him for his upper class upbringing—going to exclusive British schools and then university degrees from prestigious British and American universities. One would have thought that the Conservative Party is dominated by the upper class most of whom had probably the same kind of upbringing.

Yet, some Conservative Party members, opposed to Sunak’s elevation, have criticised him for his rich background and expensive tastes in clothes. Most Indians have been under the impression—and perhaps not wrongly—that the Tories like to dress more elegantly than the Opposition Labour members and their tastes are more expensive.

Sunak has been accused of being distant from the grass root party worker because of his snobbishness. That may not be an accurate charge because no election—whether in the UK or any other democracy—can be won without a fair degree of support at the grass root level.

Sunak is now reaching out to the so-called grass root Tory members. It does not guarantee him success because one factor that stands out against him is, frankly, his race. 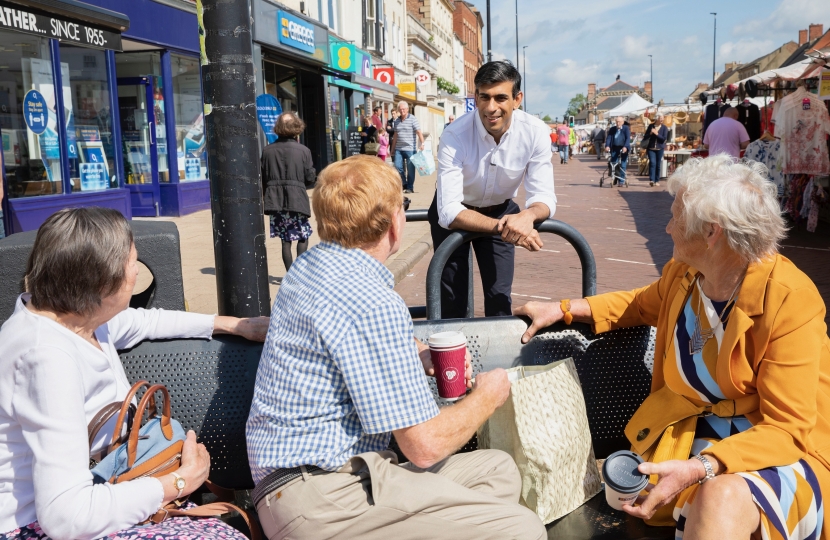 But let it be said at once that this is not to suggest that Britain is a racial society; it is a much more tolerant society than many other ‘free’ societies. The racial minority in the US—the Blacks—is still not accepted by the conservative whites, as would be evident from the many instances of white policemen acting against Blacks.

There is no denying that generally speaking the white nations are still hesitant to break certain taboos, which include gender and racial barriers.

When Hillary Clinton had thrown her hat in the Presidential ring, many in the US itself were unsure of her chances because of her being a woman. Well, even religious sect seems to matter in the US Presidential race. John Kennedy was the first Catholic to be elected to the White House. Present President Joe Biden is also a Catholic. Their elections had more to do with their popularity and being politically savvy and In Kennedy’s case, his aristocratic lineage than the fact of his religious belief.

India has a better record at integration of all races and cultures than the West. But it is a different story that is neither here nor there#.