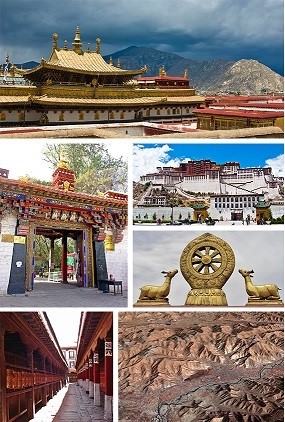 The Tibetans are still looking forward to the return of their spiritual leader, the 14th Dalai Lama back to the Potala Palace in Lhasa, a local media reported. The Dalai Lama turned 87 a week ago.

The Chinese government has always tried to demean Dalai Lama and called him a separatist on many occasions, but the Tibetans believe that the presence of the Dalai Lama has been a blessing for the Tibetans as well as the world, says a report in Beijing News Net.

Tibetans across the world celebrated the Dalai Lama’s birth day on July 6.

Born in 1935, in Amdo Taktser to a farming family, Dalai Lama fled to India 24 years later following China’s brutal suppression of the Tibetan national uprising in Lhasa. His spiritual journey started at a tender age. He was recognised as the reincarnation of the 13th Dalai Lama when he was two-year-old. However, he always refers to himself as a simple Buddhist monk.

“His endless hard work for Tibet and its people still goes on despite his ageing. He has faced countless challenges in lieu of the Tibetan struggle and he might have sort of resigned from the political scene but he tries at all times to raise the Tibetan issue and to convey its significance to the world,” the Tibet Press reported.

China’s intrusion in Tibet and its well-laid plans to illegally occupy the once independent country was a shocking turn of events for the Tibetans the report notes and adds that the Dalai Lama had rebuilt the Tibetan community and especially the Tibetan government in exile. “The reforms set by the Dalai Lama have led to the full democratization of the Tibetan administration”.

There is a big question mark on who will be his successor.  The Communist China has imposed new regulations limiting the recognition of reincarnate Lamas, and specifying that the new Dalai Lama must be born within China’s borders.  The reincarnations may not be recognized without state approval as well.