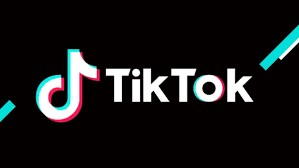 Tik Tok’s parent firm, Byte Dance is based in Chna, and the MPs apprehend about user data being sent to Beijing, says a media report.

A group of MPs, who have been sanctioned by the Beijing government for speaking out about human rights abuses,  complained to the Parliament Speaker about the TikTok account.

Tik Tok app is popular. So much so, UK Parliament has sought to tap the medium to “reach younger audiences with relevant content about Parliament”. And opend UK Parliament TikTok account.

Now in the wake of lawmakers’ concerns, the account is shut down.

“Based on Member feedback, we are closing the pilot UK Parliament TikTok account earlier than we had planned,”  UK Parliament spokesman said was quoted as saying.:

Followers of the account are met with an updated bio that reads: “This account is now closed. Find us at www.parliament.uk.”####