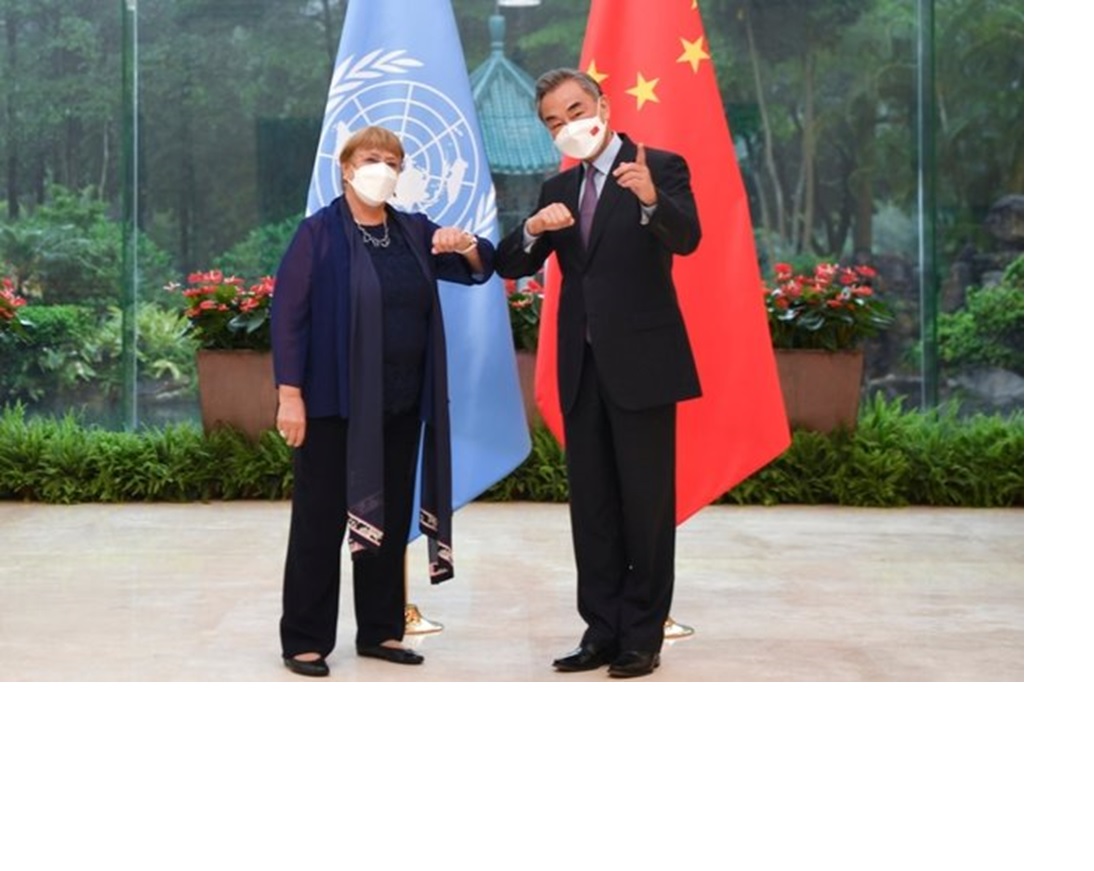 As the United Nations High Commissioner for Human Rights, Michelle Bachelet and her team are visiting China from May 23 to 28, human rights groups, including  Amnesty International have said the U.N. rights chief “must address crimes against humanity and gross human rights violations” in the Xinjiang Uyghur Autonomous Region in northwest China.

Bachelet’s office said Friday that her six-day visit to China would include Guangzhou, the eastern port city in China and Urumqi and Kashgar , cities in Xinjiang where China is accused of genocide by the U.S. government. 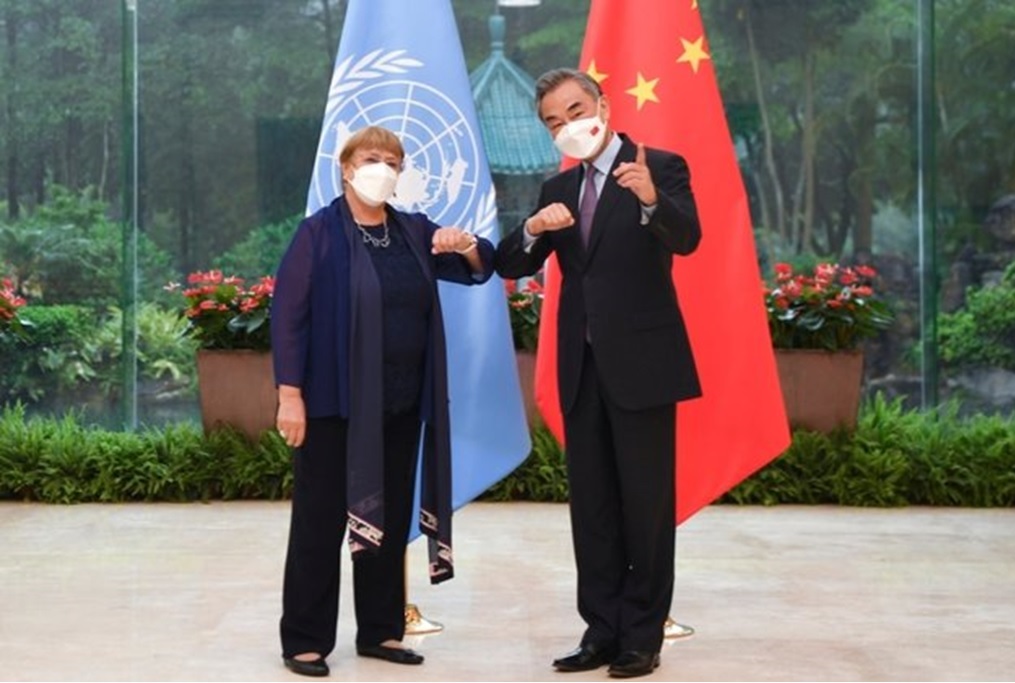 “It is our hope that the visit will further advance exchange and cooperation between the two sides and play a positive role in promoting the international human rights cause.” Wang told the press in Beijing.

U.S. and some western countries accuse China of genocide, saying that Beijing has put over a million Uyghur s and other Turkic Muslim ethnic minorities into internment camps and subjected them to torture, sterilization and forced labor.

Beijing has repeatedly denied the accusations. China’s state media China Daily had countered accusations by citing a report by the Xinjiang Development Research Center, saying decreases in birth rates in Xinjiang “resulted from the eradication of religious extremism.” It further said the report noted China ‘s policies promoted gender equality and gave Uyghur women “more autonomy” over if and when to have children.

Vocational training has also been described as a way “to tackle the menace of terrorism and radicalization,” with Xinhua citing a deadly 2014 terrorist attack in Xinjiang.

According to Bachelet’s office, it will be the first country visit by a U.N. High Commissioner for Human Rights to China since 2005.

“During her visit, the High Commissioner is due to meet with a number of high-level officials at the national and local levels,” Bachelet’s office said on its website Friday. “The High Commissioner will also meet with civil society organizations, business representatives, academics, and deliver a lecture to students at Guangzhou University.”

According to Agnes Callamard, Amnesty International’s Secretary-General, Bachelet’s visit to Xinjiang is a “critical opportunity to address human rights violations” in Xinjiang .

“[B]ut it will also be a running battle against Chinese government efforts to cover up the truth. The U.N. must take steps to mitigate against this and resist being used to support blatant propaganda,” Callamard said on the Amnesty International website Monday.

Arslan Hidayat, program manager for Washington, D.C.-based rights organization Campaign for Uyghur s, told VOA that in a visit “which lasts only six days, there’s no way” Bachelet and her U.N. team is going to have fully independent, unfettered access to the Uyghur region.

“China has also made safeguarding the ethnic minorities’ rights an important part of its work, and protecting people’s safety its long-term goal,” Wang said at the meeting according to the Chinese foreign ministry website.

“To advance the international cause of human rights, we must first, respect each other and refrain from politicizing human rights,” Wang said.

According to Peter Irwin, a senior program officer at the Washington-based Uyghur Human Rights Project (UHRP), the nature of the visit will be what the Chinese government dictates.

“But this underscores how critical it will be that the High Commissioner describe these constraints publicly,” Irwin told VOA. “Smiling, happy Uyghurs is what she will get because everyone on the ground understands that a 10-year prison sentence is just one false statement away.”

According to Salih Hrudaya , president and founder of East Turkistan National Awakening Movement based in Washington, D.C., the U.N. has failed to publish a report on “China’s ongoing genocide of Uyghurs.”

“We fear that the U.N.’s visit to East Turkistan (Xinjiang) will be the repetition of the International Red Cross visit in 1944 to the Jewish ghetto of Theresienstadt, which the world knows was an elaborate hoax put forth by the Nazis,” Salih told VOA adding that China will take the U.N. team on a Potemkin Village tour, meaning an impressive facade that hides the truth of the situation.

Uyghurs in exile call the Xinjiang region East Turkistan while the Chinese government prefers to use the name Xinjiang (meaning new frontier in Chinese) adopted in the 1880s after the Qing Empire annexed the region.

Bachelet’s office did not respond to VOA’s media inquiry on her ongoing visit to China at the time of publication.