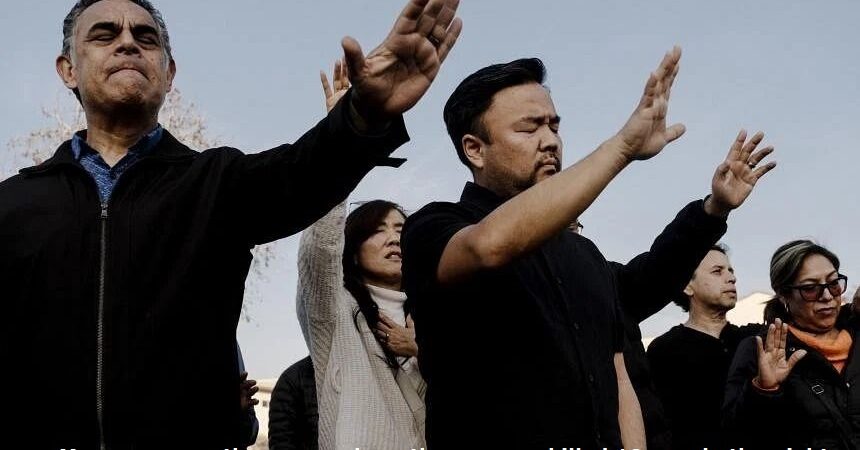 The “Year of the Rabbit” began in horror on Sunday for the inhabitants of Monterey Park, the largely Asian American suburb of Los Angeles where a mass shooting left 10 people dead. In this city of 60,000 people, red lanterns and banners in Chinese characters celebrating the Lunar New Year still fluttered over a roadway. But around the dance hall where the shooting unfolded, yellow police tape and heavily armed policemen supplanted any sign of festivities.

“This kind of thing doesn’t happen here,” said Wynn Liaw, a neighbour who came to this popular senior citizens’ venue after hearing news bulletins. Liaw, a 57-year-old retired veterinarian, has lived the past four decades in Monterey Park. She still finds it hard to believe that a massacre unfolded here, behind the white-and-green awning of the venue she passes daily to do her shopping.

“This is a very safe neighbourhood, where I can walk alone at night and where I don’t have to worry about gun violence,” she told AFP as police helicopters whirred overhead. On Saturday night, a gunman entered the ballroom and killed five men and five women, and wounding at least 10 others, authorities said. The mass killing the deadliest US shooting since the Uvalde massacre, in which 19 children and two teachers were killed in an elementary school in Texas took Monterey Park by surprise. 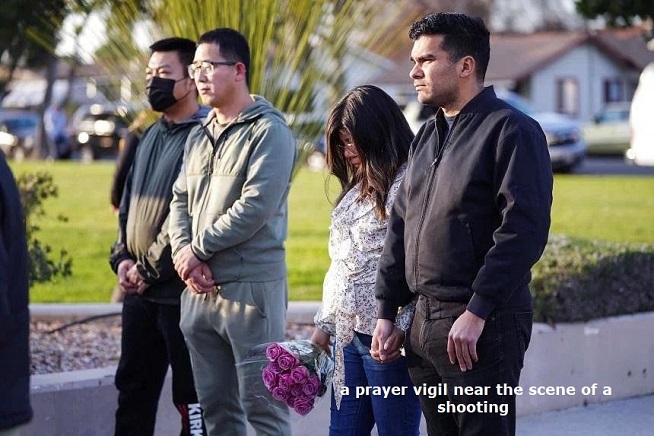 Just a few miles east of downtown Los Angeles, Monterey Park is considered the city’s “new Chinatown.” Residents here read newspapers in Mandarin, most business signs are in Chinese, and the majority of the inhabitants approached by an AFP journalist did not speak English. “This area is one of the safest neighbourhoods in Los Angeles County,” said John McKinney, a local prosecutor in the sprawling Southern California metropolis.

“You don’t see much happening here,” added Ken Nim, a 38-year-old IT worker walking his dog. Nim said in the 20 years he’s lived here, the only crime he’s experienced is the theft of the catalytic converter from his car. “It’s a really sad thing, this country is getting crazy,” Nam said. “We saw mass shootings in a lot of different cities and in other states, but now it is coming to us.”

David Kwan, a Malaysian-born security guard, appeared stunned by the shooting. “I’m often confronted with violence but in other areas of Los Angeles,” Kwan said. “It’s the first time that I see it in my own community.” Along the cordoned-off streets, inhabitants sought to make sense of the spasm of violence. On their phones, they saw photos of dead bodies lying on the ground in a room lit by multi-coloured spotlights.

At first, many feared that it was a hate crime. But the Asian origin of the suspect, confirmed in the morning by the sheriff, has cast doubt on that interpretation. “I feel like this is a personal story,” said Jerry Liu, a 26-year-old truck driver, near the hundreds of white tents lined up at the Lunar New Year market.

A day earlier, thousands of people had crowded the main market site, between the meat skewer stands and the fairground. “There’s a reason he targeted that ballroom. Otherwise, he could have gone to the fair earlier during the day and killed a lot more people,” Liu said. In front of the police cordon, Chester Chong suggested a possible motive: the jealousy aroused in a man not invited to a party where his wife was enjoying herself. “The problem is, we have so many guns in this country,” said Chong, chairman of the Chinese Chamber of Commerce of Los Angeles. “It’s so easy to grab a gun and do something stupid.”

–From The Star online, Malaysia