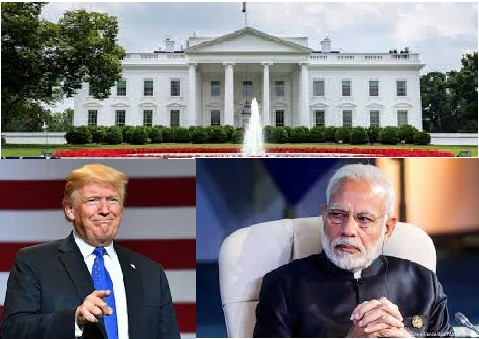 According to not only ‘sponsored’ surveys but also well-known ‘fair-minded’ commentators and political observers who can barely hide their support for the continuation of the present regime, the soaring popularity of Prime Minister Narendra Modi is unaffected by his constant failure in governance. They cite many reasons to support their claim, but one reason most of them will not talk about is that in the last six years the current dispensation has so heavily administered the opiate of hyper-nationalism to the masses that it shuts their minds from the many travails in their daily lives.

Donald Trump of the United States may well have sought inspiration from his ‘good friend’ Narendra Modi to raise the pitch of nationalism in his country as he fights a tough battle to retain his White House perch in the November presidential poll. Modi must have been flattered, not embarrassed, when Trump’s publicity used clips from the two events attended by him and Modi—‘Howdy Modi’ in Texas and ‘Namaste Trump’ in Ahmadabad.

Trump has a single word of contempt for the unfriendly media: Fake. Modi has used wider options that include steadfast refusal to hold a presser which is bound to attract questioning media personnel and manipulating nearly the entire spectrum of Indian media which has converted itself into his drum-beaters.

The nosy parkers in the US media are big irritants for Trump; Modi is blessed with having the media eating out of hands. The US media refuses to be cowed down by Trump who has been accused of routinely lying: some reports have mentioned astronomical numbers like 10,000 ‘lies’ spoken by Trump in office. Thanks to a largely friendly and pliant media, there is no count of ‘lies’ spoken by Modi but a lot of what he claims or says has been found to be inaccurate or misleading.

There are some obvious differences in the understanding of the term ‘nationalism’ or ‘hyper-nationalism’ in India and the US. In India majoritarian politics is directly linked to sowing ill-will towards the followers of a particular religion; in the US what we call ‘majoritarianism’ is associated with ‘supremacists’.

The ‘Black Lives Matter’ campaign in the US is a clear reaction to supremacist violence against the Blacks; in India religious vigilantism has created a wide gulf between the majority community and the Muslim minority.

Unlike Modi, Trump’s popularity has been dropping at an alarming rate but he fervently hopes that his ‘patriotic’ supporters (mainly White) will outnumber the faithful of the Democratic rival Joe Biden, a dangerous ‘Leftist’, at the primaries. In the US electoral system, the voting in the primaries decides the outcome of the presidential poll, not the popular votes.

A parallel between Trump and Modi can also be seen in some other matters. Trump pats himself on the back for the manner he has dealt with COVID-19 pandemic; so does Modi. Trump says the US economy is bouncing back (partially true); the Modi government makes almost a similar assertion by closing eyes to the unstoppable downward spiral of the Indian economy. Trump has no doubt that he is leading the US towards greatness; Modi believes that the Utopia he dreams of is actually turning into a reality and India will soon be a ‘Vishwa Guru’ (leader of the world).

With their senses numbed by hyper-nationalism, the Indian masses have no time to think about how the government has handled not only the COVID-19 situation but also the Chinese incursions, Pak-directed terrorism, mounting unemployment, unbridled rise in prices of essentials and so on. The intoxicated ordinary people of India are content with the prospects of a Grand Ram Temple finally coming up at Ayodhya and thank the government for identifying the villains and the traitors.

Trump does not believe that in a matter of less than four years of his rule, the US has lost much of its clout and credibility. It does not inspire awe as a superpower. Modi is not willing to concede that under his watch India has seen most of the traditional friends turn hostile.

Sections of Indians are conditioned to believe that the tribe of ungrateful fellow Indians are responsible for all the problems India faces. They are sabotaging efforts at making India a $5 trillion economy. The COVID -19 pandemic would have been halted right at the beginning but for a particular sect of the minority community which was deliberately spreading the infection.

A true patriot will not question a ‘temporary’ or ‘periodic’ hike in prices while a false narrative of negative economic growth has been spread to malign the country’s first truly nationalist government that has held the nation’s head high by pledging to protect the cow and construct a Grand Temple.

Donald Trump thinks he has run a faultless administration. If he is to be believed he has been a step ahead of Modi in dealing with COVID-19. He first thought the dark forebodings about COVID were fictitious and expressed his dislike for the facial mask. He did not care if his way of looking at the dreaded dieses alarmed scientists and health officials.

Modi’s devotees, including union ministers and high-flying Bhakts, were not really different from Trump in belittling the dangers from the corona virus. One minister said that eating a particular brand of Papad keeps COVID-19 away, and then caught the infection; a billionaire ‘Baba’ with his abode at the gates of Deva Bhoomi, had astounded the world by declaring an anti-dote to COVID-19. Unfortunately for him, he was made to retract his claim because his medicine had not gone through the mandatory rigorous trails.

Shedding his reluctance to acknowledge the number of COVID fatalities in the US, Trump has announced that the US was very close to introducing an effective vaccine to fight COVID-19. Only, scientists are warning against any haste in introducing the vaccine the world awaits with bated breath. The US continues to occupy the top slot among the number of COVID patients in the world. Though Modi’s India is not very far behind, if being numero uno counts, then Trump has something to brag about! (Syndicate Features)