116 Birthday of the Birthless, Deathless Ancient One

Home » News » 116 Birthday of the Birthless, Deathless Ancient One 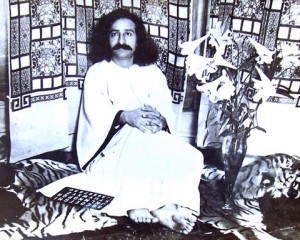 Today we are celebrating Beloved Meher Baba’s Birthday. In fact, He is never born, and He never dies. But in order to appear before us, He takes on a gross body. He is the One Who came as Abraham, and the religion of Judaism followed. The same Ancient One came afterward as Zoroaster. You will see that every Advent His face is different, but He is One and the same all the time. He is the Avatar (the Prophet, Rasool or Messiah), the only One who can give a Universal Push to all the kingdoms of Creation, to all the forms from gas, stone, metal, up to human being.

Once, when we were on tour with Baba in Andhra, Baba’s 60th Birthday was celebrated in the house of Dr. Danpatthy Rao. And then we observed that 60 days of celebration followed!

“Andhra is my head, and Hamirpur is my heart,” Baba would say. Now we see that Baba’s Birthday celebration also goes on throughout Hamirpur District, where Baba declared Himself as the Avatar of the Age for the first time.

Beloved Baba also travelled around the whole world, not once, but 14 times. In some countries, He would not meet anyone as He did during His Eastern or Western tours. He would stay briefly in a place, like Japan – where He was in a hotel. The same in China, Mandali members were sent there, and while Baba was returning from the West, He went and stayed there a few days, though He did not meet anyone.

He was doing His Universal Work, and now the world is coming to Him. We see it at Meherabad – people from all the different countries are coming to Him – Chinese, Japanese, even Germans and Russians, those from countries where Baba did not go … they are all coming! This Oneness has embraced everyone very, very, closely. Every corner of the world will know about Him – no country will be left out, and you will see people from all of them coming!

He is birthless and deathless. He is eternal and eternally active. What a wonderful, opportunity we have received that we have recognized Him and follow Him.