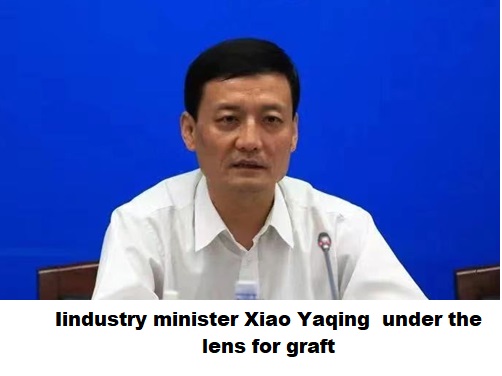 As many as 25 senior Chinese officials, or centrally administered officials were hauled up for graft between Jan and July almost equaling the record number in the whole 2021, in a zero tolerance drive towards corruption, a Chinese media report said on Sunday.

On Thursday, the CPC Central Commission for Discipline Inspection (CCDI) and the National Supervisory Commission announced that Xiao Yaqing, minister of industry and information technology, has been put under investigation for suspected violations of Party discipline and laws.

Xiao is the 25th centrally administered official – mostly above vice-ministerial level – who has faced disciplinary actions so far this year.

The anti-corruption situation in the first half of this year is characterized by an increase in the number of senior officials put under disciplinary investigation and an increase in the frequency of such actions, Zhuang Deshui, deputy director of the Research Center for Government Integrity-Building at Peking University, told the Global Times on Sunday.

Ahead of the Party’s 20th National Congress, the anti-graft drive conveys the message that senior officials will be strictly selected so that truly outstanding officials will be promoted to important positions, GT reported quoting an expert.

A meeting of the Ministry of Industry and Information Technology on Friday also stated that the disciplinary probe into Xiao reflects the strong will of the CPC Central Committee to unswervingly promote comprehensive and strict governance of the Party, highlights the distinctive character of the Party’s courage in self-reform, and is a strong signal that corruption will be punished with zero tolerance.

Xiao became the first head of a national ministry to be investigated this year, according to a China.org.cn report. He joined the CPC in December 1981 and graduated from Central South University majoring in Material Processing Engineering, with an on-the-job post-graduate degree, a doctorate in engineering, and is a professor-level senior engineer.. Xiao became the Minister of Industry and Information Technology two years ago###.