When God Speaks, keep quite- to hear, to know with no worry.

Home » Meher Baba Speaks » When God Speaks, keep quite- to hear, to know with no worry. 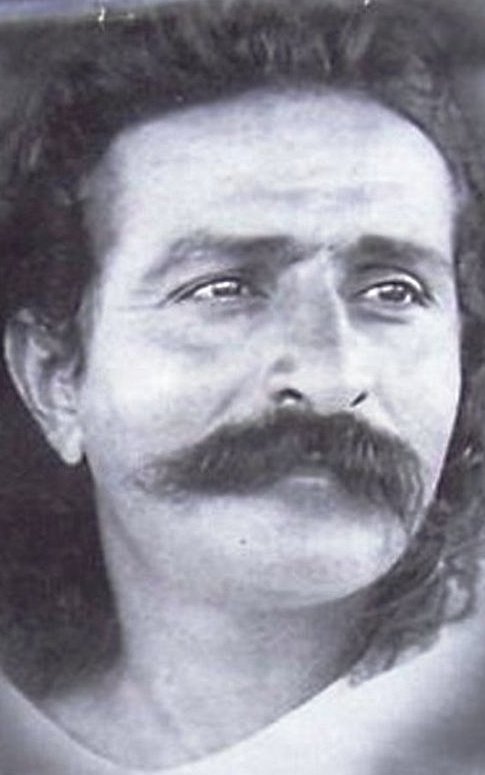 New Delhi, 18 February : Darwin continues to be the flavour of the season.  Some are taking delight in casting the present global economic meltdown in a Darwinian light, saying Darwinism and free market are similar. One leading English daily from New Delhi carried the photos of Darwin and Marx side –by-side and the caption read; There is a resemblance . Both Marx and Darwin have changed the way we understand the world.

So, I am tempted to return to Meher Baba’s God Speaks about which I wrote in my last column (and invited brickbats and bouquets in equal measure).  Because Meher Baba did not dispute the theory of evolution. Instead he had fully embraced it and made it the very backbone of his cosmology outlined in God Speaks. While Darwin changed biology for ever by looking at the biological evolution of forms, Meher Baba takes you to a different plane by explaining the hand of God in evolution.

In the words of Bhau Kalchuri, biographer of Meher Baba, he gives the most scientific understanding that the world has ever known of the soul’s long journey.

“This is the journey of the soul from unconscious to the conscious state. Duality is wiped out and ‘Manonash’, that is, annihilation of the mind takes place. It makes us take a long journey. Ultimately, one enters into involution of consciousness from the first plane to sixth plane. As soon as one enters the seventh plane, the first step is annihilation of mind. What will you do to understand? You have to pass through it consciously, and then you will know God actually speaks to you, because you become the same One’, Bhau, who lived with Meher Baba and heard the God Speaks (on one occasion in Dehradun as it was being dictated), said in an e-mail.

One of the responses to my column came from Keith Gunn. A scientist by training and temperament, Keith is to the point. “I have read it (God Speaks) many times from cover to cover. Though it is difficult reading, I find it not ‘that’ opaque if one approaches it with some humility”. Put differently, the scientist’s message is: Give up intellectual pretensions; have some humility and then you will understand it.

Keith goes on to write: “I have asked myself many times why Meher Baba wrote God Speaks… Eventually I concluded that God Speaks is there to guide and focus those of us who must approach God from an intellectual perspective. Such an approach it seems to me is a mistake, according to what I had read. Better we should give up our insistence on intellectuality as a path and try to find the path of love”

‘Reading God Speaks is not an easy task’, agrees Ravi Errabolu from Peoria, Il, USA. He is a physicist. He is also associated with the Meher Spiritual University as a US based coordinator. No surprise, therefore, he compares reading God Speaks to reading a physics text. He offers an interesting analogy to drive home his view- the analogy of his little daughter coming to Papa dear for help in Physics home work.

Writes Ravi: “One day my daughter came to me with her physics homework. I thought it is better if I make her find the answers. So, I gave her small, small hints to let her figure out. I made her read the question again and again until she understood the question. Slowly, I made her look at the text (book) more closely. Believe me! In a short while, she completed home work. I asked her, ‘who solved the problem’. She shot back: ‘Who else? I did it’.

“Then I asked: ‘Do you think you could have solved the problems yourself without coming to me but by spending some time in reading the text book’. She looked up at me, smiled, and ran away, saying ‘Aaa haa’ (Certainly).

“Now, her ‘aaa haa’ made me realise how important it is to put our best efforts whole heartedly in reading God Speaks. Meher Baba gives the cosmic grand picture in detail like never before. Every word in the book is packed with spiritual energy. So, don’t be impatient. Don’t expect to understand every detail (in the book) in the very first attempt. Divine theme is not easy reading. Go forward slowly. If you don’t get a hang of a sentence or a para, go over it again and again, with an open mind, with a strong determination…”

Let me revert back to Keith Gunn’s mail.

It says: ‘Now consider how little excess valuation Meher Baba accorded to intellectual accomplishment and persons who exhibit it. For him, as you would see from a careful reading of Lord Meher (Meher Baba’s biography), intellect is actually a barrier to spiritual insight. Because, an intellectually oriented person who wants to correctly follow a spiritual path thinks that perfect following consists of obtaining perfect understanding. This is a tragic effort/ fallacy (into which I fell some times). A person who is not intellectual can’t fall into this trap, since he or she has only the resource of a full heart. Plus, when you have a full head, there are always opportunities to argue that your knowledge is superior to another person’s, and that makes you a star…But egolessness is the goal and how can one attain the goal  if one is always contesting with others about the relative perfection of our knowledge…. ‘.

Egolessness is manonash, in a manner of speaking… Meher Baba tossed the issue and clarified ego’s role in the mind’s structure. In the process he did validate some of the theories of Sigmund Freud. And, like he did with Darwinism, he puts Freud’s theories in the spiritual context; elevates the discourse to the soul’s long journey.  In psychology, ego’s role is to find a balance between primitive drives, morals, and reality even as it gives one a sense of identity.

According to Meher Baba, ego is necessary for functioning as a human, but it becomes the greatest impediment on the spiritual path. It must be eliminated.  ‘The explicit ego, which finds its manifestation in consciousness can and does become an arena for multitudinous conflicts between opposing tendencies.  The goal of lasting happiness shines forth fully only when the limited ego, with all its desires, finds its complete and final extinction’.

Says Richard Blum, who studied God Speaks and Discourses (of Meher Baba) to find out the masterly reorientation of scientific truths, ‘For Freud, the goal of becoming conscious of the unconscious is therapeutic. Meher Baba raised the goal from therapeutic relief to spiritual advancement, and ultimately God Realisation’.

And, Ward Parks, who appears to have dissected God Speaks to delve into its theme of creation and its purpose, describes the book as the biography of the soul.  He shares the difficulty many readers of the book generally encounter – repetitiveness of ideas and phrases at the micro and macro level. He, however, sees a purpose.

‘I feel that the repetitive prose style echoes and provides apt vehicle for the Ocean Voice that underlines the entire text’, Parks avers. And in his view, the repetition serves the fulfillment of a clear plan of organisation that runs through the entire book.  God Speaks reviews the Divine Theme three times. These ‘passes’ organise the overall argument and tell about the Ten States of God. ‘When one comes to grasp this pattern and the way that it is playing itself out, I feel that God Speaks as a whole becomes much easier to understand’, he wrote in The Glow’s last fall issue.

Now a question I am asked: ‘Have you read God Speaks?’

Do I intend to read it since I am recommending the book to every one?

I was first drawn towards God Speaks as a student. Those days the book was the possession of a privileged few, who could buy it. It was available in my home town, Narasaraopet, Andhra Pradesh.

I had several occasions to look at the book with reverence; every time, I touched the book I used to be mesmerized by the superior printing quality – remember 35-40 years back Indian printing was not as advanced as it is today; hand composing was the order of the day).

Every time I had the book in my hands, I read it –Just the Jacket. And the Dedication

(-‘To the Universe – the Illusion that sustains Reality’)

In later years, I bought the book. Not one copy but two copies in English. Also picked up the Hindi and Telugu versions.

And graduated to reading the Preface! And then the Glossary too!

Meher Baba says, ‘I shall bring about a happy blending of the head and the heart’

I am waiting for the day to happen.

Till then, what shall I do with my God Speaks?

‘Give a twist to your mustache! You will understand,’ says Bhau with a mischievous smile.

Certainly. What an idea, Sirji!