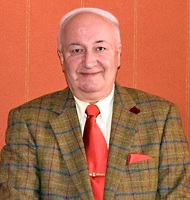 New Delhi: Forty terror camps are active in Pakistan-Afghanistan border areas, according to a Russian diplomat.

The assessment is based on satellite imagery and intelligence reports, Ambassador Alexander M. Kadakin said.

‘The camps don’t sport their organisations’ names any longer but the camps remain very much’, Kadakin, who is in Delhi on his second stint as Russian envoy since Oct 2009, told an English daily. He was posted here earlier from 1999 for five years.

Significantly, the US is mounting pressure on Islamabad to act against these very terror dens in the wake of botched Times Square bomb plot.

“From the information we have, there are about 38 to 40 such terror camps. Earlier they would have these bright green boards declaring the name of the organization like Lashkar-e-Taiba (LeT), they have now removed them. However the camps still remain,” Kadakin, who speaks Hindi and Urdu fluently, told the Times of India.

The daily quoted him as saying that Pakistan government had not done enough to get rid of these terror camps.

Kadakin’s remarks corroborate the Indian stand that Lashkar-e-Taiba has become more active in Pak-Afghan border region and the group is looking to target India’s interests in Afghanistan.

The Russian envoy, who also had a long stint in Nepal, brushed aside the talk about moderate Taliban.

“Moderate Taliban is an oxymoron”, he said and went on to observe: ‘It’s like saying moderate fascist or moderate Nazi’.

On India’s role in Afghanistan, which is being stoutly resisted by Pakistan, Ambassador Kadakin said: “We believe there is greater role for India in Afghanistan as a peace factor than some other countries. Russia too has a greater role and we are ready to train their (Afghan) personnel, reconstruct Soviet-era factories and provide medical help.”

After his meeting with Russian PM Vladimir Putin in March, PM Manmohan Singh had said India and Russia had agreed to “intensify consultations” on Afghanistan.

Kadakin said Russia did not favour immediate withdrawal of US-led forces from Afghanistan, an opinion that will come as music to Indian ears. “We are not for hastened withdrawal. In fact, if they withdraw immediately, there will be hell in Afghanistan. It is important that at least some semblance of order is maintained before it happens,” he said.

In the past, Russian authorities have said bringing in more troops in Afghanistan would worsen the situation and NATO should leave immediately after finishing its job.