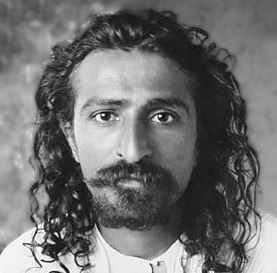 All ills, social or individual, stem from our ignorance of the purpose of our own existence. They stem also from our insistence that every body should think as I think- feel as I feel and act as I act. In short we all wish to create the world of our own making, in our own image. There is also not much wrong in it. Because it is the way the nature works and also the way the God created man. He too, created man in His own image.

The wrong enters, when as individuals or as a social or religious group we force our ideas and opinions upon others. The greatest religious movements of the world degenerated into dogmatic faiths, simply because their followers instead of practicing the teachings of their masters, took upon them the role of  teachers themselves and entered the game of hunting the sheep. What they collected in the end were the corpses and hides and  not the live sheep. All religions who practiced proselytization have done that. To implement their belief, they went to wars, which some named as Jihads and others as holy Crusades. It was not God but their own Individual ego and the social insecurity which prompted them to commit such heinous crimes against civilizations and the cultures of mankind. To read the history of crimes committed in the name of religion, one may read the book Clash of fundamentalisms: crusades, Jihads and modernity, by Tariq Ali.  The book may be read so that humanity is saved from the similar conduct in future.

What is the way out? The way out, is a truly spiritual humanity. Meherbaba writes in Discourses (1976) that the ego is the center of conflict. He writes further, that ego is the Affirmation of separateness. A truly spiritual life is to discover ones own source of existence and be one with it.  He writes again, that more one carries on this intelligent and purposive experimentation with his own life, the deeper becomes his comprehension of the true meaning of life. Meherbaba has not given us a Godless secularism. He gives us a secularism where individuals are united in oneness of spirit and not fragmented by soulless and ritualistic forms of  religions. To explain the meaning of a truly faithful, Jesus made use of the symbol of sheep, those who hear the call of master and gather around him. In Hindu temples there is always an animal figure, whose face is towards the Lord and resigned to his will, he is always ready to do the biddings of his master.  Just opposite, to our behaviour, who always expect the lord to do our biddings and subject him to fulfill our whims. Only thing which a servant of God can do is pray and not teach others by force least by teeth or by temptation. Lord Krishna also said to Arjuna, in the midst of war, to think of his own duty (Swadharma) and not be bothered about others. So a truly spiritual person thinks about his own conduct.