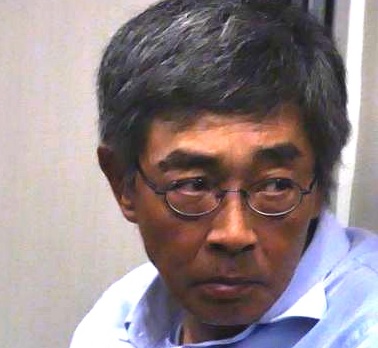 Protesters in Hong Kong are once again back on the streets, directing their ire at Beijing. This time, demonstrations were sparked by the detention of bookseller Lam Wing-kee, apprehended by mainland authorities last year in connection with the distribution of subversive literature. On June 18, Lam led a 6 kilometer (4 mile) march from Causeway Bay to the Central Government Liaison Office, drawing a following of 4,000 to 6,000 people.

The numbers are a significant uptick from the tiny June 17 rally in front of the Hong Kong Liaison Office, involving around 100 people. The popularity of the rally could be attributed to Lam’s alleged detention, which confirms for many the suspicion in Hong Kong that Beijing is targeting numerous booksellers for secret rendition — in violation of the One Country, Two Systems setup.

The 61-year-old bookseller was rounded up along with four of his colleagues in late 2015, following allegations levied against Causeway Bay Books, a well-known Hong Kong bookstore. The bookstore business is popular with mainland Chinese customers, providing an outlet for publishing focused on books recounting sordid rumors concerning high-level Chinese politicians. These texts, though often of questionable veracity, are frequently used by mainland political factions to undermine one another; through targeted releases of inconvenient information. This particular bookstore may have gone too far, however. Last year’s crackdown is rumored to have been sparked by Causeway Bay Books’ plan to publish a book on Chinese President Xi Jinping’s alleged extramarital affairs.

Whatever prompted the rendition order for booksellers to be dragged back to the mainland must have struck a nerve. Historically, Beijing has scrupulously avoided such overt violations of Hong Kong’s special status, displaying a conscious preference for returning fugitives home through legal methods. Hong Kong’s political scene reacted accordingly to the renditions, with new nativist parties rising up to openly advocate for Hong Kong’s independence. Some of these groups rejected the peaceful demonstration methods of the 2014 Occupy Central protesters, preferring more direct action instead.

Beijing has, in turn, slowly released the incarcerated booksellers back to Hong Kong, keeping only one in detention: a naturalized Swedish citizen called Gui Minhai. Interestingly, however, before Lam, none of these former prisoners spoke up. Instead, they all consistently maintained what appears to be a scripted line — that their trips to the mainland were made to voluntarily assist in investigations. Each had pleaded for Hong Kong authorities not to investigate. And Gui, being a Swedish citizen, asked the same of Sweden.

And there was Lam Wing-kee. Returned to Hong Kong on bail on June 14, he was meant to travel back to the mainland two days later for further investigations. But instead of cooperating with the official line, Lam chose defiance. He skipped bail and held a press conference, recounting his alleged kidnapping and incarceration without charge for eight months. Lam claimed that he was forced to sign an agreement not to contact family or hire a lawyer, and that he was interrogated 20 to 30 times before making scripted confession on Chinese state television. He further alleged that mainland authorities asked for author’s names and released him to retrieve a hard drive with the names of customers. Another bookseller, Lee Po, who was kidnapped from Hong Kong in late December, reportedly accepted a similar offer.

Suspicions of secret renditions of booksellers have festered in Hong Kong since last year. Protests formed quickly outside the Central Government Liaison Office in Hong Kong, beginning with 40 members of the Demosisto Party, which wants a 2047 referendum on Hong Kong sovereignty. But when Lam himself joined the demonstrations, conspicuously violating bail and leading to a groundswell in protesters, it was a clear indication that things were not going according to plan for Beijing.

Beijing’s Options
Beijing will now be forced to act. Chinese Foreign Ministry representative Hua Chunying declared that Lam was a Chinese citizen who violated mainland laws and authorities will handle the case accordingly. The next steps for Beijing are unclear, but no options are ideal. Their security forces clearly have the capability to snatch Lam — they did it before with the abduction of bookseller Lee Bo. But all of the local and international attention on Lam makes this a risky move. Beijing would also need to work through Hong Kong authorities, but there is no extradition agreement between Hong Kong and the mainland. Given Hong Kong’s sensitivity to encroachment on autonomy, attempts to strong-arm the Hong Kong government into turning in Lam would provoke protests and further political backlash. This would likely manifest during legislative council elections in September.

Pressures within Hong Kong have not subsided since the Occupy Central protests dispersed at the end of 2014. Beijing made no political concessions to mollify Hong Kongers’ concerns about the erosion of One Country, Two Systems, an arrangement lasting until 2047 under which Hong Kong is under the sovereignty of Beijing but is guaranteed autonomy from Beijing in its domestic affairs. Beijing got what it wanted — a degree of calm. But this came at the expense of Hong Kong’s political stability. Many in Hong Kong took away the lesson that peaceful protest tactics had failed. Many of these disillusioned activists also began to see independence from China as the one way Hong Kong could preserve its autonomy.

If Beijing goes after Lam or pushes the Hong Kong government to turn him over, this could catalyze protests against both Beijing and the Hong Kong authorities. The Fishball Riots in February began after a crackdown on street food hawkers. This showed that anxiety over the mainland’s increasing encroachment on Hong Kong’s autonomy is now so high that it takes very little for a protest to gain momentum Hong Kong. The quick upswing of protestors from 40 to 6,000 in the span of a day underscores this point.

Any action against Lam will only assist new Hong Kong nativist parties. After the Fish Ball Riots, new political groups formed in Hong Kong with platforms that openly supported Hong Kong Independence. This is illegal under the Hong Kong Basic Law, which stipulates that Hong Kong is a part of China. These groups are now trying to win representation in Hong Kong’s Legislative Council in September elections. They will be able to turn their organizational capacity to organizing demonstrations, which will not likely hold to nonviolent principles. More radical parties such as the pro-independence Hong Kong National Party will not miss a prime opportunity to get their message out and build support. The rising strength of this new opposition in Hong Kong bodes ill for Beijing’s goal to maintain One Country, Two Systems.

Mainland Repercussions
The stakes in Beijing are also high. Lam’s revelations are bold: he claims that he had been interrogated by an ad hoc Central Investigation Unit. This was neither police, secret police, nor military, and reported to the highest level of party authorities. These teams are historically organized in times of extraordinary crisis when there is a pressing need to target high-level party officials. Most recently, they were reported to have taken a role in the takedown of Politburo Member Bo Xilai in 2011, and retired Politburo Standing Committee Member and Security Czar Zhou Yongkang in 2014.

If true, this confirms that the rendition campaign against the employees of Causeway Bay Books is just one small part of a much larger investigation. This investigation team does not appear to be running an operation for a general suppression of Hong Kong’s book stores — they targeted five employees of a single bookstore for its specific connections. The Communist Party appears to now be engaged in what may be an intense power struggle to decide not only China’s leadership at the 19th Party Congress, but the fate of the Chinese political system itself.

The contours of this struggle are ill-defined but it is highly intense, with rare rumors of assassination plots or attempts against top-level leadership leaking out in overseas Chinese press — a direct result of the breakdown of the post-Deng norm that the losers of political battles would not be personally harmed. In this struggle, long-term national goals are being sacrificed for the political and personal survival of dueling factions and individuals. This sacrifice of long term interests will contribute to volatile policy in the lead-up to the 19th Party Congress in 2017, and potentially even after that.