After declaring months ago that it will win the Gujarat assembly polls hands down top leadership of the Bharatiya Janata Party now talks of two-thirds majority. But with each passing day of the poll campaign what is becoming clear is that the ruling BJP will not get a walkover in what is going to be the first ever triangular fight in the state—tried horses BJP and Congress and the new entrant Aam Admi Party.

The outcome of a triangular contest is not easy to foresee but reports from the ground describe the AAP as a tougher challenger for the BJP than the Congress which has not been in power in Gujarat for nearly three decades. Opinion seems to be divided about which of the three parties stands to gain more in the polls. Will AAP eat onto the BJP or the Congress votes?

The very optimistic BJP predictions on Gujarat polls are based on the belief that its vote share in the state will not be affected to any significant degree by the prevailing woes in the state and the rest of the country. The BJP feels the Opposition votes will be divided between the Congress and the AAP much to its advantage.

But the tone of some of the recent speeches of Narendra Modi, who was chief minister of the state for 12 years before he moved to Delhi as prime minister, indicate that the saffron party fears an erosion in its vote share which may even undermine its chances of retaining power in the state.

Modi led a tirade against his ‘urban Naxal’ rivals who are allegedly sabotaging efforts for the progress of the state. It was accompanied by the ‘Hindutva’ card which was temporarily relegated into the background as Modi began to play the victim card, accusing the Opposition parties of ‘abusing’ him. But the religious card—the biggest BJP weapon in any polls—has begun to dominate the BJP poll campaign once again.

The trigger came from a Buddhist conversion ceremony in Delhi in which a Delhi minister and an AAP leader, Rajendra Pal Gautam, administered 22 vows which speak of renouncing Hindu gods and goddesses to the neo-converts.

It was god send for the BJP campaign in Gujarat. It provided the party an opportunity to paint the AAP supremo, Arvind Kejriwal as ‘anti-Hindu’, a point that was reinforced with posters across the state that showed Kejriwal wearing the Muslim scull cap. Kejriwal and his APP were suddenly on the back foot in countering the ‘anti-Hindu’ charge.

The BJP started an intensified campaign against Kejriwal for being ‘anti-Hindu’. The urban areas of Gujarat, believed to be traditional BJP stronghold, were chosen for depicting Kejriwal in unfavourable light, hoping to nullify all the gains Kejriwal had reportedly made among urban Gujarat voters.

Kejriwal had begun his Gujarat campaign only in the last few weeks. He started by reaching out to the rural population in the state where, it is said the Congress continues to have sizeable following.

Then he shifted his gaze and efforts to the urban areas which have been responsible for BJP’s longevity as the ruling party in the state. Reports suggested that the ‘freebies’ or ‘Revadis’ he offered to the Gujarati voters was proving to be a hit, forcing the BJP to announce a matching offer of ‘freebies’.

The youth in Gujarat, drawn from both the middle classes and the lower middle classes, was reportedly attracted by what Kejriwal promised to offer them. But the AAP supremo was also winning support among the many dissatisfied sections in the state, including state government employees in different departments, who have been agitating for weeks.

A somewhat starling charge that Modi made was that the Opposition (he did not mention any party by name) was campaigning ‘silently’ against the BJP. He was obviously referring to Congress contact programmes in rural Gujarat when the Congress message is delivered to villagers from ‘khats’ or cots. It was the first such effort by the Congress and had apparently taken Modi and his BJP by surprise because it did have the potential to wean away voters from the BJP, the party which has a reputation for tall talk and empty promises.

While in wilderness in Gujarat, the Congress saw it devoid of not only leadership but also an efficient party apparatus. There is hardly any Congress leader who has a following across the state. But many observers say that the Congress can still not be written off because its following goes back to the freedom movement days.

To counter the unexpected threat from the Congress, the BJP has activated its workers to stop the ‘Khat’ meetings with threat and, if necessary, with force. The law enforcement agencies in Gujarat have long been at the service of the BJP.

To what extent the intimidation tactics of the BJP will help checkmate the ‘silent’ Congress campaign in rural areas has to be seen. But it is equally important to watch how the ‘anti-Hindu’ campaign against Kejriwal pans out in the course of the coming weeks.

Kejriwal must be working on a counter strategy. He is often said to be as clever and cunning as Modi. He has adopted an ambivalent approach on matters concerning the Muslim while sharpening his ‘soft’ Hindutva policies.

Kejriwal, leading an alleged B team of the BJP, began to wear his religion on his sleeves, doing the rounds of temples, reciting prayers in public and offering free trips to Hindu religious centres to senior citizens in Delhi.

He has adopted a tough stance against the Lt. Governor of Delhi, entering into daily spats with him and accusing him of being a representative of the BJP. Very soon, another triangular electoral contest is expected to take place—in Delhi for the control of the civic body. The AAP is preparing to wrest the control from the BJP while the Congress seeks to redeem some of its lost ground in the national capital.

But for now the nation’s interest is riveted to the Gujarat assembly contest where the result are expected to provide a clue to the future, a much bigger and more crucial election, the 2024 Lok Sabha polls### 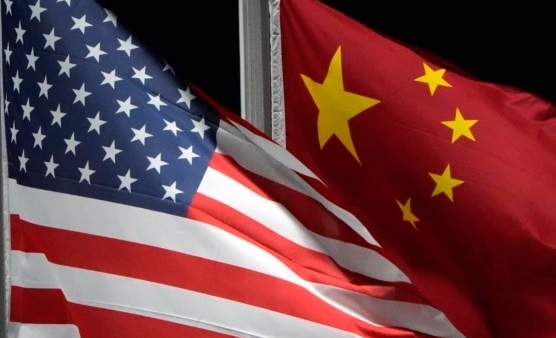