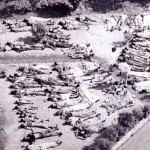 There are not many in Delhi today who know the story behind the story that had culminated in the Union Carbide’s offer of compensation to the victims of a dangerous gas leak from its plant in Bhopal in the eighties. GVG Krishna Murthy, a former Election Commissioner, is one of the few people who had handled the legal angle of the case. Strangely, or rather interestingly enough, he is observing a dignified silence. And has refused interviews to the media. His stock reply: knock at the door of the government, not at my Kausambi residence (a reference to his house in the Kausambi of Ghaziabad).

So, while he, and may be a couple of others like him, who knew the inside out, studiously avoid speaking, and the media’s efforts to unravel the Bhopal mystery remain stuck in the bind, questions remain about what had happened to the compensation that the Union carbide had deposited in the Supreme Court. Also, questions related to the safety of the Bhopal plant.

There appears enough evidence to show that the Carbide management was aware of the safety drawbacks with the Bhopal plant’s design. Significantly, the fact that this evidence had been sourced by the government of India through its lawyers’ team that was sent to the US to fight the Carbide case, appears to have forced the hands of the Union Carbide owners to come forward with a compensation package that was dressed up as the generous offer of a management moved by the intensity of a tragedy for which they were primarily not responsible.

Well, only big money can afford to say, and act like that.

Who are these gentlemen in the government who had managed to gain access to the inside track of the Union Carbide, and who thus forced the American MNC management to become merchants of charity?

We don’t know as of now. The Indian Embassy, if not all, at least, the ambassador and the embassy’s legal counsel, should have been in the loop since all government departments in Delhi act through the embassy, and it is unthinkable to expect that the Indian legal time deputed from Delhi had gone around on a solo mission without taking the help of the Indian Mission.

Now these are not difficult issues to unravel. Yes, these are issues that demand lot of leg work, and lots of time, besides, of course, patience.

Till such time that someone embarks on Mission Carbide Unravel, enough food for thought is available on Pankaj Vohra’ Hindustan Times blog. Why the dispatch appeared on the blog instead of the edit pages is an enigma that remains wrapped in the usual media mystery. His comments and observations are primarily centric to the $ 420 million given by the Union Carbide in 1989. The events he had referred to show that the questions raised here, on South Asian Tribune, are no less significant, and needed to be probed with vigor.