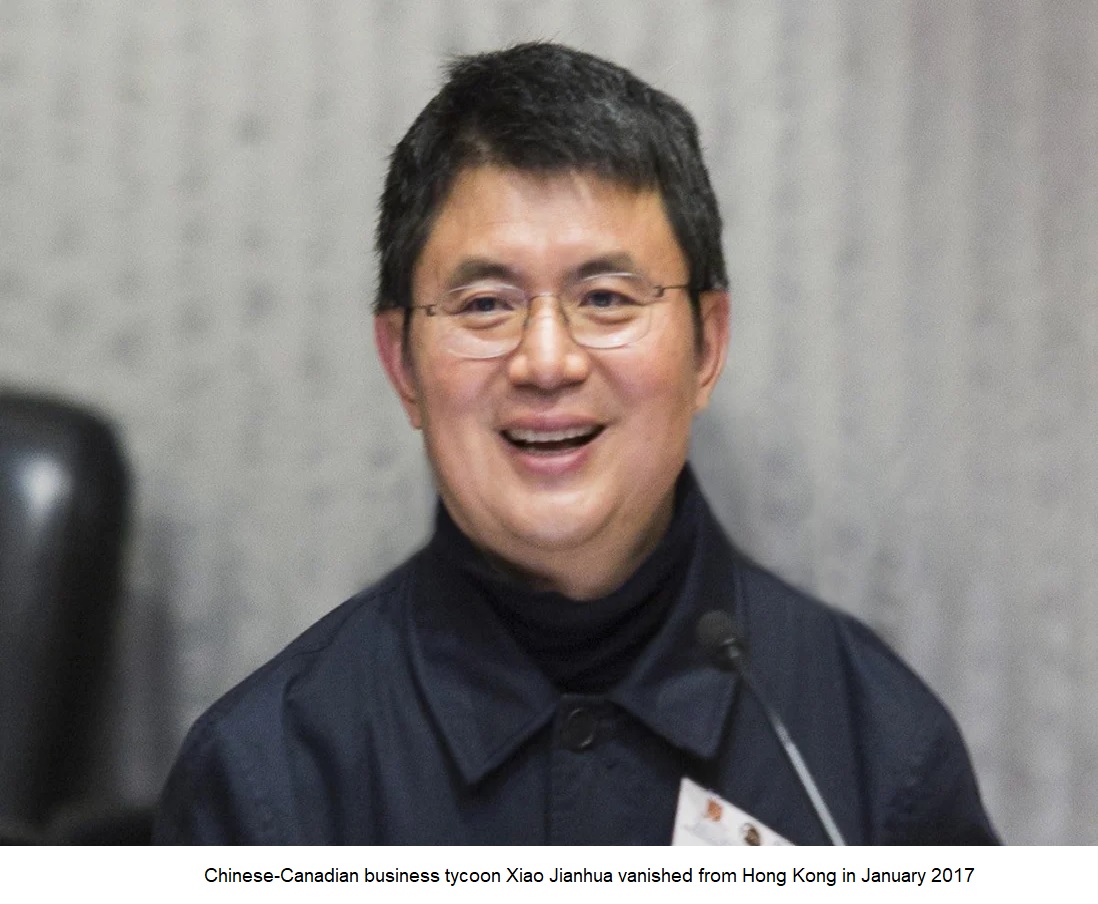 The trail of Chinese-Canadian Tycoon, Xiao Jianhua who has been detained for the past five years on charges said to be related to financial crimes, has begun in Shanghai but the Canadian diplomats have been denied access to the court proceedings.

Xiao (50) is a dual citizen of China and Canada. He was one of China’s richest people before his downfall and enjoyed connections with China’s political elite. At one time, he had business dealings with President Xi Jinping’s sister and brother-in-law, as well as the son-in-law of powerful former state leader Jia Qinglin.

“Canada made several requests to attend the trial proceedings. Our attendance was denied by Chinese authorities,” says a media report quoting Ottawa’s embassy in Beijing.

The Chinese government and mainland media have been quiet about the trial, but there have been reports that Xiao was initially detained in Suzhou after his disappearance from Hong Kong in January 2017, before being transferred to Shanghai, reports South China Morning Post (SCMP).

The charges against Xiao, who once headed one of China’s largest private business conglomerates spanning insurance, brokerage, mining and other interests – were not disclosed, adds the SCMP report.  It however quotes the Wall Street Journal to say he was accused of illegally collecting public deposits, a charge that could lead to more than 10 years in jail.

It is unclear how long the trial will last.  After he was detained his Tomorrow Group was dismantled step by step, with financial regulators seizing control of several insurers, trust firms and stock brokerages linked to him, the SCMP report states.