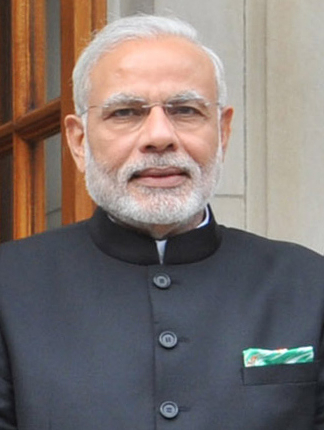 To refurbish his sagging global image in the face of his failure to tackle the second wave of Covid-19 crisis effectively, Prime Minister Modi recently inducted in his ministry, qualified professionals belonging to different caste and sub-caste groups. This was a commendable move that is sure to boost his public image, provided it is seriously followed up by coordinated action for the necessary correctives. At stake is the quality of leadership at all levels, but mainly by the person at the helm of national affairs.

The former Chief Minister of Gujarat did ignite a ray of hope for Achhe Din in 2014. Seven years have gone by since then, and paradoxically, we still have in our midst more than 35 crore Indians living below the poverty line. The multi-dimensional Covid-19 crisis has only made things worse.

We, the people, however, continue to hope against hope at the ever-elusive promise of Achhe Din. The list of harsh ground realities is long. It touches upon the basics of life and society. It also reflects a state of drift as inner contradictions look sharper than ever before, as do the numerous complexities.

Most of these complexities are political and man-made. No wonder, we witnessed the collapse of the healthcare system for innumerable Covid-19 victims, both in and out of hospitals. The intent here is not to draw a gloomy picture. Yet, the stark realities on the ground have to be faced boldly by PM Modi and his team, keeping in view the electoral challenges ahead.

I hate to recall harsh realities of suicide-prone farmers camping near the national capital’s borders, pot-bellied and thin-limbed children of slums, shelterless men and women, child labour, discrimination against girls and young women, absence of modern educational facilities in rural areas amidst the official slogan-mongering of “smart towns” and the bullet train.

The list of people’s woes is long as public patience gets overstretched. Still, the people’s silence looks “golden” in the absence of right happenings. Good governance is a hard task. Herein lies buried for the present an “India between dream and reality” even after 75 years of Independence amidst changing colours of parties and leaders. The flaws in the system remain evergreen amidst free-wheeling politics and the absence of visionary leadership. This is how India moves on, on the myths of recycled promises.

The poor and the backward dotting India’s digital landscape live on their dreams; and the dreams are sold to them by way of rhetoric. Who cares if a tribal woman from Odisha sells her male child to another childless woman in the neighbourhood so she can meet the basic needs of her large family? It is a pity that the tribal woman is even denied the luxury of keeping her male child who gets sold for a mere sum of INR 2,000!

This is the uncared for India we are all concerned about. What is, however, a matter of concern is the absence of a credible internal communication and grievances redressal mechanism. In his book, “The Future of Democracy”, Norberto Bobbio talks about ideals and brute facts. In India, the goal post for ideals keeps shifting. As for brute facts, no leader likes to face them.

How can the dream concept of change be achieved without systemic efforts to ensure that the process of growth gets seeped down to everyone, including those at the lowest rung of society?

Unfortunately, what matters in India today is the politics of manipulation, courtesy power brokers. This, in turn, has diluted the effectiveness of our democratic institutions. I am not sure if PM Modi would take these observations seriously. Herein lies the tragedy of the promise of Achhe Din.

Any change has to be directed towards the welfare of the poor, backward classess, have-nots, over-exploited tribals and the minorities left behind on the socio-economic ladder of whatever progress we have achieved so far.

The challenge before us is one of ushering in an all-inclusive India as a land of opportunities for millions of jobless young women and men, along with quality education, a sound healthcare system and better living conditions. Over to Prime Minister Narendra Modi’s dream concept of Achhe Din. It is time he acts swiftly in the interests of the deprived sections of Indian population. Not by words, but by solid work on the ground.